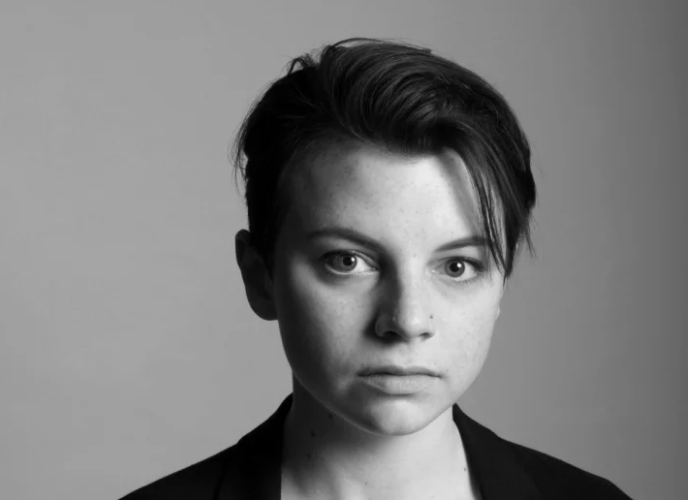 Moira Donegan revealed she was the creator of the 'Shitty Media Men' list after finding out Harper's Magazine was publishing a story about it. Photo via Twitter

In the news this week, the anonymous creator of the “Shitty Men in Media” list was afraid she’d be identified in a story in Harper’s magazine, so she revealed herself instead, saying she had lost friends and her job over the list. The Washington Post’s publisher revealed that the Post has been profitable over the past two years, with digital subscriptions tripling in the last year. Facebook is testing a new section on its mobile app dedicated to local news and information, but will people find it and use it? Our Collaboration of the Week, presented by Airtable, is the Agora Project spanning nine countries in Europe. Our Metric of the Week is newsletter metrics, and Jeff Shaw of the Sierra Club joins us to talk about their limited run podcast highlighting the personal environmental stories of people in the South.

“Obviously, everyone knows Sierra Club is an advocacy group and everybody knows we have a perspective. It’s really important to have these messages from a multiplicity of outlets.” - Jeff Shaw on the blurring of lines between advocacy and journalism

Jeff Shaw is the director of communications for the Beyond Coal Campaign at the Sierra Club. Shaw has done strategic communications work on environmental justice campaigns, indigenous issues, anti-poverty and racial equity work for the past 20 years. He received the Fulbright Scholarship in journalism for his work on an environmental justice struggle in Okinawa, Japan.

The Creator of The ‘Shitty Men in Media’ List Reveals Herself

The infamous “Shitty Media Men” list, a crowdsourced anonymous Google Doc where women could warn others about creeps in the media industry, has become a powerful document as many perpetrators have been publicly brought down from claims listed on it. But the list comes with a disclaimer: “This document is only a collection of misconduct allegations and rumors. Take everything with a grain of salt.” After word spread that Harper’s was working on a story about the woman who created the document, and people objected on social media, the creator of the list revealed herself. Moira Donegan came clean as the creator, saying she was somewhat naive in creating it, and didn’t realize how fast it would spread, and lost many friends and her job over it.

Donegan wrote that “what shocked me about the spreadsheet [was] the realization of how badly it was needed, how much more common the experience of sexual harassment or assault is than the opportunity to speak about it.” Meanwhile, on Tuesday at the Newseum, dozens of leaders in journalism and media convened for the Power Shift Summit, a series of discussions about how to address sexual misconduct in newsrooms. One panel frequently turned to the subject of Glenn Thrush, the New York Times reporter who, in November, was accused of inappropriate behavior. The Times ultimately chose to keep him on the staff but remove him from his position as White House Correspondent. Carolyn Ryan, an assistant managing editor at the Times, said that “in all kinds of behavior — ethical transgressions, journalistic infractions, journalist performance — we do draw lines… But the industry is having a hard time figuring out where some of those lines are.”

The Washington Post Triples Digital Subscriptions in a Year

In a memo to staffers, Washington Post publisher Fred Ryan announced that the Post has plans to expand after its second consecutive year of profitability. Among the accomplishments Ryan cited was that digital subscriptions more than tripled since last year and he noted that digital advertising growth contributed “a far greater share of overall revenue than ever.” The Post also prints nearly every major publication in the Washington region. Ryan wrote that: “With our rich legacy and a forward-looking team committed to innovation and experimentation, in 2018, the Washington Post can be the world’s only ‘140-year-old start-up.’” Under new ownership from Amazon’s Jeff Bezos, the company has rebuilt its presence outside of the capital by hiring more than 100 new writers and editors. The Post has also added to its collection of Pulitzers, winning the prize for national reporting last year, and was lionized for its past reporting on the “Pentagon Papers” in a Hollywood movie called “The Post.”

But even with all the Post’s success, its publisher is still not content, writing that, “We cannot rest on this year’s success, but instead must build on it by relentlessly innovating, experimenting and disrupting even our own practices.” Meanwhile, the Post’s owner Jeff Bezos saw his net worth surpass $105 billion, making him the richest person on the planet. But don’t think he’s going to take it easy on the Post. At a conference in Turin, Italy, he told attendees his stake in the newspaper was “not a philanthropic endeavour.” But speaking of philanthropy, Bezos has given relatively little to charity, in comparison to fellow tech billionaire Bill Gates, who’s given away more $60 billion in cash and stocks over the years. Even though Bezos had asked Twitter followers last June for ideas about where he might direct his charitable giving — receiving responses from 50,000 people — he hasn’t acted yet acted on any of those ideas.

Facebook has had a complicated relationship with the news industry over the past year. After facing increased scrutiny from news organizations and lawmakers over how news and misinformation spreads on the platform, the social media giant is testing a new section on its mobile app called “Today In.” The new section contains news and announcements from local news sources and government agencies that are picked by editors and through machine learning. Only users in six cities around the U.S. are able to see the new section currently, but Facebook plans to expand the feature to other cities in the future. Another open question about the service is whether local publishers will see much benefit from the section as it’s separate from the main News Feed and accessible only through the navigation menu.

The new section is part of the Facebook Journalism Project, which some publishers have been dissatisfied with. Digiday’s Lucia Moses reports that publishers are concerned about whether the project is really helping publishers or more of a PR move to make the tech company look good. One example of that is a push to get publishers to use Instant Articles to drive subscriptions but that lost momentum as the company decided to focus more on its video service Facebook Watch. But whether publishers love it or hate it, Facebook is here to stay and they’ll have to find ways to work with the social giant as the platform evolves. One area that’s been fertile for publishers has been Facebook Groups. Publishers are using groups to drive engagement and as an added incentive for subscriptions, as The Atlantic has done with a private Facebook Group for its paying members.

Steven Bannon was forced to step down as Executive Chairman of Breitbart News after Michael Wolff’s book came out including unflattering quotes from Bannon about President Trump.

The New York Times canceled a talk by actor James Franco after harassment allegations came out on social media.

And Google made a big splash at the giant Consumer Electronics Show this week in Las Vegas, pushing its Google voice assistant in new video displays and even cars.