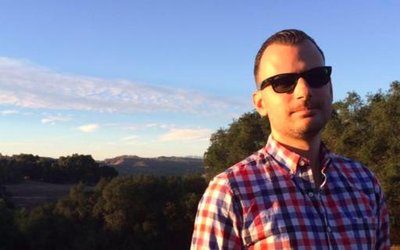 Vanity Fair's Joe Pompeo joins the MediaShift Podcast to look back on the biggest stories of 2017.

In the news this week, net neutrality rules were overturned by the FCC, but many states and consumer groups are weighing lawsuits to stop the changes. Can they succeed in the new year? And a big story of the year has been #MeToo, with sexual harassment charges against prominent men in media, tech and beyond. Sadly, harassment has led to many women leaving the media business entirely. And as cord cutting has gained critical mass this year, pay TV companies are finally planning to crack down on people sharing passwords and logins. Our Collaboration of the Week, presented by Airtable, is “Small Towns, Big Change,” with in-depth coverage of local topics in the Mountain West. Our Metrics of the Year are Loyalty and Impact, and we’re joined by Vanity Fair’s Joe Pompeo to go over the big media stories of the year.

“[Trump’s] reinvigorated journalism and reporting. You’ve seen publications like the New York Times and the Washington Post come roaring back amazing reporting on what’s going on in the White House.” - Joe Pompeo

Joe Pompeo is senior media correspondent for Vanity Fair. Previously, he served as a senior media reporter and Morning Media columnist at Politico, and he’s worked at Yahoo News, Business Insider, and The New York Observer.

What’s Next for Net Neutrality?

Proponents of net neutrality are not giving up after the FCC’s decision to repeal those rules last week. Even though the ruling is supposed to stop states from making their own rules, several states, led by New York, have said they will sue the FCC to undo the repeal. And at least two states said they will try on their own to ensure internet providers treat web traffic equally. However, FCC Commissioner Michael O’Rielly, appointed by President Barack Obama, said he expects the agency to be “vigilant in identifying and pursuing cases” that “push boundaries.” And while states like California and Washington are looking to pass new laws creating local net neutrality rules, other states are poised to challenge the ruling in court. Six states so far have expressed interest in a potential lawsuit, while consumer groups and Amazon, Facebook and Google are “weighing their options” according to Recode’s Tony Romm.

How will they make their case against the FCC? The Washington Post’s Brian Fung says they could go after the FCC’s legal reasoning for changing the definition of internet providers, but might have better luck going after the public comment process, with possibly 2 million comments being made fraudulently. Meanwhile, a different version of life after net neutrality is being put forth by Congresswoman Marsha Blackburn, Republican of Tennessee. Blackburn’s bill would ban blocking and throttling of data but would allow service providers to create tiered “fast lanes.” The bill was criticized by net neutrality advocacy groups who contend it does little to protect consumers. A lobbying group for Amazon, Facebook, Google, and Netflix called the bill “net neutrality in name only.” Net neutrality may be dead for now but going into 2018 the debate over how to regulate the internet is alive and well.

How Sexual Harassment Has Kept Women Out of Journalism

As 2017 comes to a close, we turn again to one of the top stories in media: sexual harassment charges leading to many high-profile men losing their jobs and power. This issue has been red hot and was started by a New York Times story on Harvey Weinstein in October. Since then many in lofty positions of power have been fired or resigned. Of the big names to be ousted a significant portion have been from the world of journalism. And while the individual stories are horrifying, the broader impact of harassment is that diverse voices leave the profession. In a 2013 International Women’s Media Foundation Poll, 46% of women respondents said they experienced sexual harassment while doing their job. Vox’s Katherine Goldstein spoke to two women who experienced repeated harassment and online abuse while working as young reporters. They received little institutional support, and left the industry as a result.

Ann Marie Lipinski, the head of the Nieman Foundation, says that: “I suspect we’ve lost some very good people and some diverse perspectives because we expect tolerance for behavior that we excuse as colorfully characteristic of journalism, when in fact it’s just boorish.” As Kate Havard, former intern at the Washington Post told Vox: “Perhaps if this had happened in 2017, I would have felt like I would have been taken more seriously. I hope interns and young reporters will know that they don’t have to tolerate this behavior.” Over in Hollywood, a commission to tackle the culture of harassment has been formed by heads of Lucasfilm, Nike and other power players. The commission will be led by Anita Hill, who brought attention to sexual harassment with charges against Justice Clarence Thomas in 1991.

Pay TV is Finally Cracking Down on Password-Sharing

We all know that a big chunk of pay TV accounts, as well as streaming accounts, are being shared with family members and friends without consent of the services. For shame! But now cable TV service Charter Communications has had enough. CEO Tom Rutledge told an industry conference there was an instance of 30,000 simultaneous streams from a single account. Now they’re cracking down and trying to get others to join them as well. According to Bloomberg’s Gerry Smith, Charter was asking Viacom to limit the number of concurrent streams on their apps in the latest round of contract negotiations this fall. Also, ESPN has dropped the number of simultaneous streams on an account to five from ten and are considering dropping that to just three.

According to research firm Parks Associates, password-sharing accounted for $3.5 billion in lost revenue this year and is projected reach $9.9 billion by 2021. That’s a lot of sharing. And as cord-cutting gets more popular, cable companies are feeling the pressure from streaming-only services like Hulu and Netflix, which have their own issues with password-sharing. Netflix limits the number of devices to 4 streams for its most expensive monthly plan. While Charter can understand a parent sharing with a child, it’s more problematic when a single adult shares with friends, or someone sells their login details over the internet. With so many services going online and digital, look for more creative tech solutions to keep password-sharing to a minimum in 2018.

Netflix goes after the movie business with a big-budget Will Smith film that won’t show in movie theaters.

The UK government announced that homes and businesses will have a legal right to high-speed broadband by 2020.

And mixed reality startup Magic Leap is finally showing off a prototype of its goggles that will aim to disrupt the music industry.