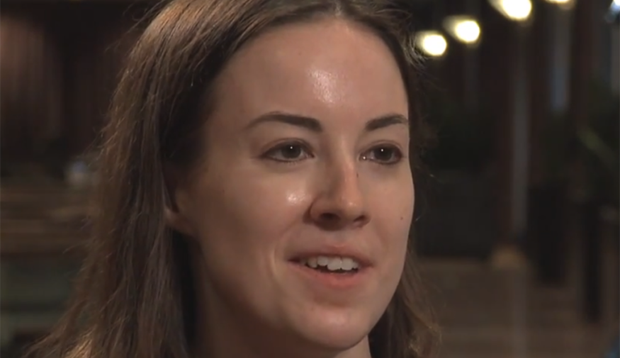 NiemanLab’s Laura Hazard Owen joins us to talk about fake news, fact-checking on Facebook and the #MeToo movement.

In the news this week, the FCC voted to roll back net neutrality rules, which could hurt local and independent news publishers, while giving ISPs cover to throttle and censor content. Disney bought most of 21st Century Fox in a bid to take on the growing strength of tech giants like Netflix, Amazon, Google, Facebook and even Apple in original content. Google spends €20 Million on 102 innovation journalism projects across Europe as part of its Digital News Initiative. Our Collaboration of the Week, presented by Airtable, is Documenting Hate, an effort by 100+ newsrooms to create a database of hate crimes across the country. Our Metric of the Week segment looks back on metrics predictions for 2017, and we go one-on-one with Nieman Lab’s Laura Hazard Owen, who’s been writing a column on fake news. Will we still be obsessed with the new f-word in 2018?

Laura Hazard Owen is deputy editor of NiemanLab. She was previously the managing editor of Gigaom, where she also wrote about digital book publishing. She first became interested in paywalls as a staff writer at paidContent.

Net neutrality is back in the news again after the FCC voted to roll back rules put in place during the Obama Administration. And while many were focused on the Senate race in Alabama, the FCC’s vote may be more consequential in the long run. At stake is the very nature of the internet as an open platform for content. Protests took place on Reddit, Kickstarter, Twitter and even Pornhub. Visitors to Reddit and Kickstarter’s homepages on Tuesday were greeted with messages urging them to contact their local representatives about the issue. Noticeably absent from the public protests were internet giants Google and Facebook. Though they have supported net neutrality in the past, the companies were taking a lower profile because of bruising criticism they received from Congress over election interference. Netflix, another major past supporter of net neutrality, also had a more muted response ahead of Thursday’s vote. Though the company tweeted out support for the policy, CEO Reed Hastings said net neutrality was no longer its “primary battle.”

But while the Facebooks and Netflixes of the world are big enough to survive the repeal, it’s the little guys that could suffer the most. The FCC’s repeal of net neutrality could have a damaging impact on local news, according to a new report from Stanford University’s Law School Center for Internet and Society. The report stated that “an internet without net neutrality favors big players that can negotiate effectively with ISPs and spend money speeding up their websites, and reduces content providers’ ability to innovate without permission.” The report’s author, Adam Hersh, says that local news is in a very fragile state, because of the decline in advertising, and the loss of net neutrality protections could hit them particularly hard. It could come down to lawsuits that many groups will file against the FCC to stop the rollbacks from happening.

After a couple weeks of rumors, it’s become official: Disney is buying 21st Century Fox from Rupert Murdoch in a pruning down of one media empire, while Disney builds up a colossus. The $52 billion all-stock buyout still has some antitrust hurdles to overcome, especially after the Department of Justice recently blocked AT&T and Time Warner. While that one was a vertical merger, this would be a horizontal one, with one giant movie studio swallowing another. And Disney owns ESPN, the national sports broadcasting giant, while it will get many regional sports networks from Fox. There’s also the cultural issue of the family-friendly Disney merging with the edgier 21st Century Fox. As one movie producer told Variety: “It feels like there will be one less chance of a place to discover some movie magic that isn’t built by formula. The fear is just that it’s going to become more cookie cutter.”

So what was driving an empire builder like Rupert Murdoch to pare down his company to just Fox News, the Fox broadcast network and FS1 sports channel? Cord cutting and the rise of streaming has upended the old model in Hollywood. Coming very late to the game, Disney plans to launch two streaming services, ESPN Plus for sports, and another one with movies and TV shows that will now have a ton of content. Plus, Disney will now own a 60% controlling stake in Hulu, giving it a huge player in the streaming game already. With Netflix, Amazon, Google’s YouTube and even Apple and Facebook putting billions into original content, that leaves the legacy players in a tough spot. The super-sized Disney plus Fox hopes it can take on the tech giants, and having an incredible cache of superheroes could only help. As analyst Peter Csathy told Deadline: “It’s a Netflix-dominated world and the gorillas are entering this space.”

News publishers in Europe don’t really have a foundation like U.S.-based Knight Foundation to help them innovate, but they do have one sugar daddy of late: Google. The tech giant announced the fourth round of funding from its Digital News Initiative this week with more than €20 million going towards 102 projects. The major theme of the projects funded include fact-checking, new business models, content discovery, and distribution. Projects from France, the United Kingdom, and Germany received the most funding this time. Among the projects showcased was Spot, an artificial intelligence-driven marketplace which will allow publishers to buy and re-publish articles in their own language from European news organizations. Google has offered €94 million through the Digital News Initiative since announcing the program in 2015.

But of course the folks at Google aren’t doing this out of the goodness of their hearts; they have a stake in maintaining a robust digital news environment. As Steve Grove told us in last week’s interview on the podcast, “we’ll operate better and more effectively in societies where journalism is strong.” Also, Google has once again become the main driver of traffic for publishers, according to new data from Parse.ly. Traffic from Google increased 17 percent over last year while Facebook had a 25 percent decline. Rani Molla at Recode provides a few possible reasons as to why the switch occurred, including Facebook’s ever-changing algorithm, as well as the increasing importance of Google AMP.

Ex-Gawker employees launch a Kickstarter to raise $500,000 to bid on Gawker.com archives.

T-Mobile acquired Layer3 TV, and plans to launch its own TV service in 2018

After Twitter raised the character limit to 280 characters, research shows that users retweet and like the longer tweets more than shorter ones.

And Facebook will stop paying publishers to create videos for the News Feed at the end of the year.