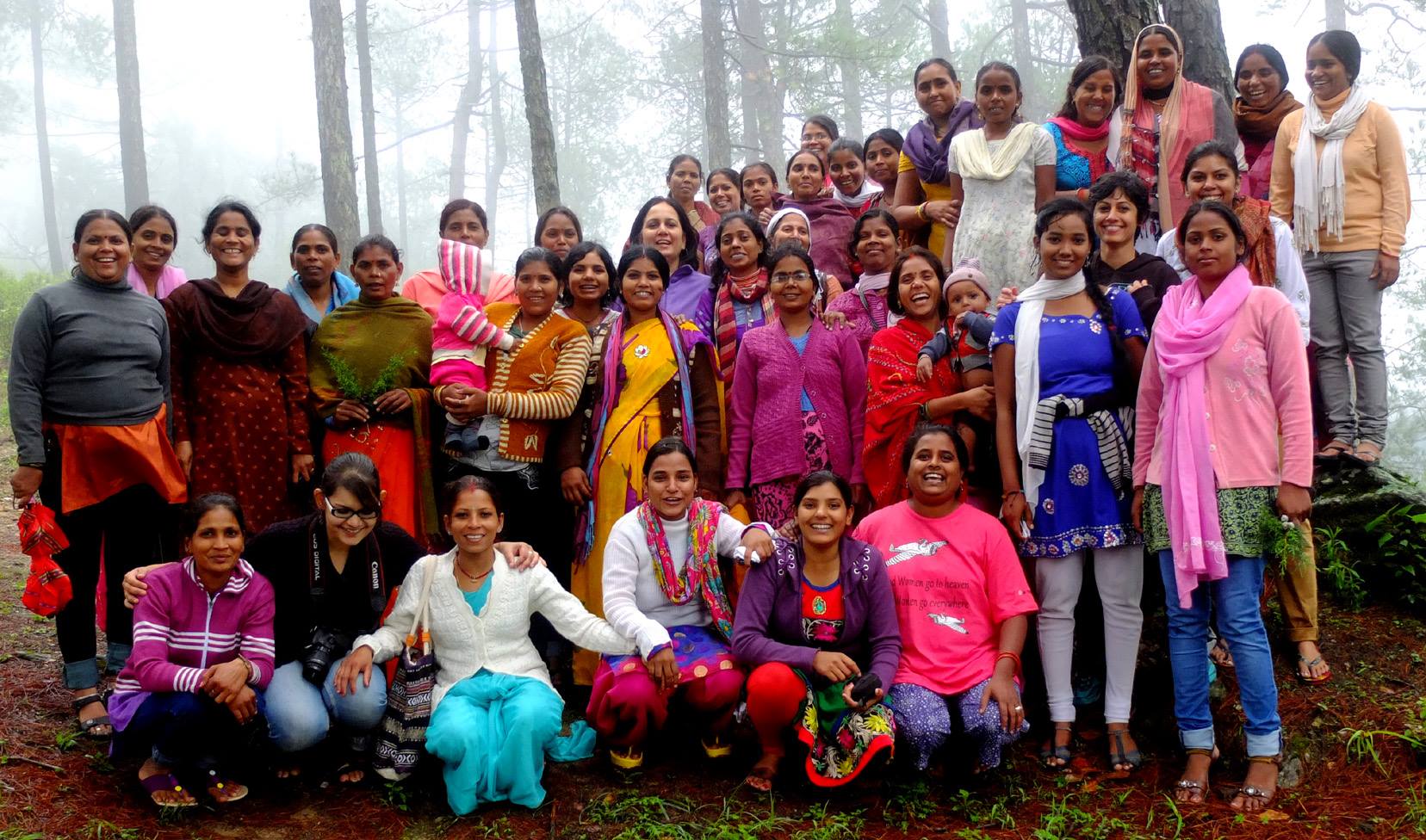 In India, where the media coverage around women and gender is often limited to discussions of rape and women’s bodies, a handful of women-led initiatives are trying to broaden the conversation. These initiatives range from empowering rural women to speak truth to power, to making gender part of the policy-making discussion, to helping people on Twitter engage in the feminist discourse. Taking advantage of the rapid growth of mobile internet and social media, these efforts are generating new conversations around women and gender for a new India.

Here is how three journalistic outlets are making change.

"We need the recognition that this is the new conversation of our time. Gender needs to inform many aspects of our society and policy." -Anubha Bhonsle

One of the few initiatives to focus solely on rural women, Khabar Lahariya started as a weekly printed newspaper in 2002. Today, it is a social media and video-fueled independent news outlet, funded by organizations including Tata Trusts and the United Nations Democracy Fund. Its three key aims are to produce local, independent content, bring a feminist voice to local media and to establish women as journalists in small towns and villages.

The geographic target is Bundelkhand, a remote and rocky region in central India distributed between the states of Uttar Pradesh and Madhya Pradesh, where Khabar Lahariya has its main field office in the district of Chitrakoot.

“We go into the district and recruit local women via non-government organization networks and word of mouth. They are then put into a rigorous three-month journalism training program,” explains Disha Mullick, Khabar Lahariya’s director of strategy.

During training, women learn journalistic skills and gain tools to deal with the daily challenges of reporting.

“There are few women in rural media, [so] holding people in power to account is difficult and overall it’s still not considered right for women to be out and about reporting,” says Mullick. New reporters often accompany their more experienced colleagues on assignments to learn the ropes, and a Whatsapp group connects them so they have a network to fall back on in case of danger.

Khabar Lahariya began life as a field program of Nirantar, a Delhi-based NGO, and evolved into a broadsheet run by women. At its peak it had six language editions in the local dialects of six districts reaching 80,000 people, but distribution in rural areas was a challenge. “We tried many things, including reporters themselves distributing the paper to 300-400 households and piggybacking on the networks of bigger newspapers. But it didn’t really work,” says Mullick.

Then, in 2015, the team noticed a significant number of people looking at its Facebook page through the social platform’s analytics tool, which came as a surprise given the economic situation of Bundelkhand. By experimenting with digital content and video, they were quickly able to reach 50,000 people, including more women — up to 30% of its Facebook audience is women, compared to the one percent it reached with print. “We had strong editorial anchoring, a voice that was completely different and we knew what worked as rural content. Only the medium changed,” says Mullick. So in June 2016, Khabar Lahariya — by then a team of 25 journalists — went digital-first.

The Uttar Pradesh elections in March 2017, one of the biggest elections India had seen in recent times, helped the outlet establish itself while learning key lessons. “It was a game-changer in many ways,” Mullick recalls. “Politics is hard to cover for women and our journalists learned on the job. We went from a weekly newspaper perceived as a ‘cute’ or exotic experiment to a hard news outlet reporting five to six stories every day.”

Next up will be a renewed focus on sustainability, distribution platforms and legacy. Khabar Lahariya wants to set up a micro-donation corpus for its well wishers to contribute in a more formal way towards a membership. After Facebook, Youtube is the next platform of interest — a video of a young man deemed dangerous by the police for building a helicopter garnered 1.6 million views and its follow-up is nearing half a million. And finally, the team wants to return to Chitrakoot. “Digital can feel transient,” Mullick says. “So we would like to set up a media institute and offer fellowships so it gives young girls from rural areas the hope that journalism can be a career for them.”

#GenderAnd is a series from Indian Express — one of India’s most prominent English dailies — which aims to make gender coverage mainstream. The program is supported by the International Center for Journalists (ICFJ) as part of a broader initiative to increase health, gender and development coverage in Indian media.

“The hope is that we cover gender in all its intersections. It’s not just sexual violence or women’s bodies, but the whole arc,” says Anubha Bhonsle, an Indian journalist and the ICFJ Knight fellow leading the program.

After a trial run in June 2017, the series formally launched in December. Stories included a first-person account of a young Dalit (or “untouchables,” generally considered the lowest group in India’s still-prevalent caste system) student’s college experience, a campaign to reform India’s abortion laws and a piece exploring how men and women see and document history differently.

“We need the recognition that this is the new conversation of our time. Gender needs to inform many aspects of our society and policy,” says Bhonsle. The series treats gender as a specialized beat and plans to hire a gender editor and to bring more gender minority voices into the conversation.

Beyond the traditional metrics of views and engagement, the team will consider their work successful if it captures a wide diversity.

The author Nilanjana Roy created the Genderlog India Twitter handle in the aftermath of the 2012 Delhi gang rape. Her aim was to engage with the questions and discussions arising from the incident, but she ran out of time to manage it. A year after its creation, journalists Noopur Tiwari,  Natasha Badhwar and Amrita Tripathi took over Genderlog.

Each week, Genderlog invites a guest curator to crowdsource topics and discussions on gender. “The idea is to avoid a single viewpoint and instead allow it to be a space for what the users who need it want it to be,” says Tiwari. Curators may be feminists, academics, or people in the news — such as Raya Sarkar, a law student who recently compiled a list of alleged sexual predators in Indian academic institutions as part of the #MeToo campaign.

Beyond providing a set of guidelines to the curators and helping them out if they feel overwhelmed, the Genderlog team tries to stay as hands-off as possible. The guidelines offer tips on dealing with trolls (do not engage), timing and tone of tweets (on Indian time as much as possible, and chatty) and emphasizes Genderlog’s strong opposition to death penalty for rapists (one of the very few no-go areas).

The audience comprises mostly women, some men and also those who identify themselves as trans men/women, non-binary or gender-fluid. “We find a lot of people trying to wrap their head around the feminist discourse and resolve their feminist politics through the feed,” says Tiwari.

The biggest challenge for the team is archiving the work. They try to collate the week’s activity into Storify stories and Twitter Moments but still feel “all this amazing material and information is slipping away.”

The team’s plan going forward is to create regional language handles (starting with Hindi and Bengali) to reach a wider audience, and also include more marginalized voices among the guest curators.

Subhajit Banerjee is a journalist based in London. He was the Guardian’s first Mobile Editor and has also worked for the Daily Telegraph, Condé Nast, the Calcutta Telegraph and other media companies in UK and India in roles including editor, reporter and product manager.