How to Rethink Teaching Broadcast Journalism in a Digital Age 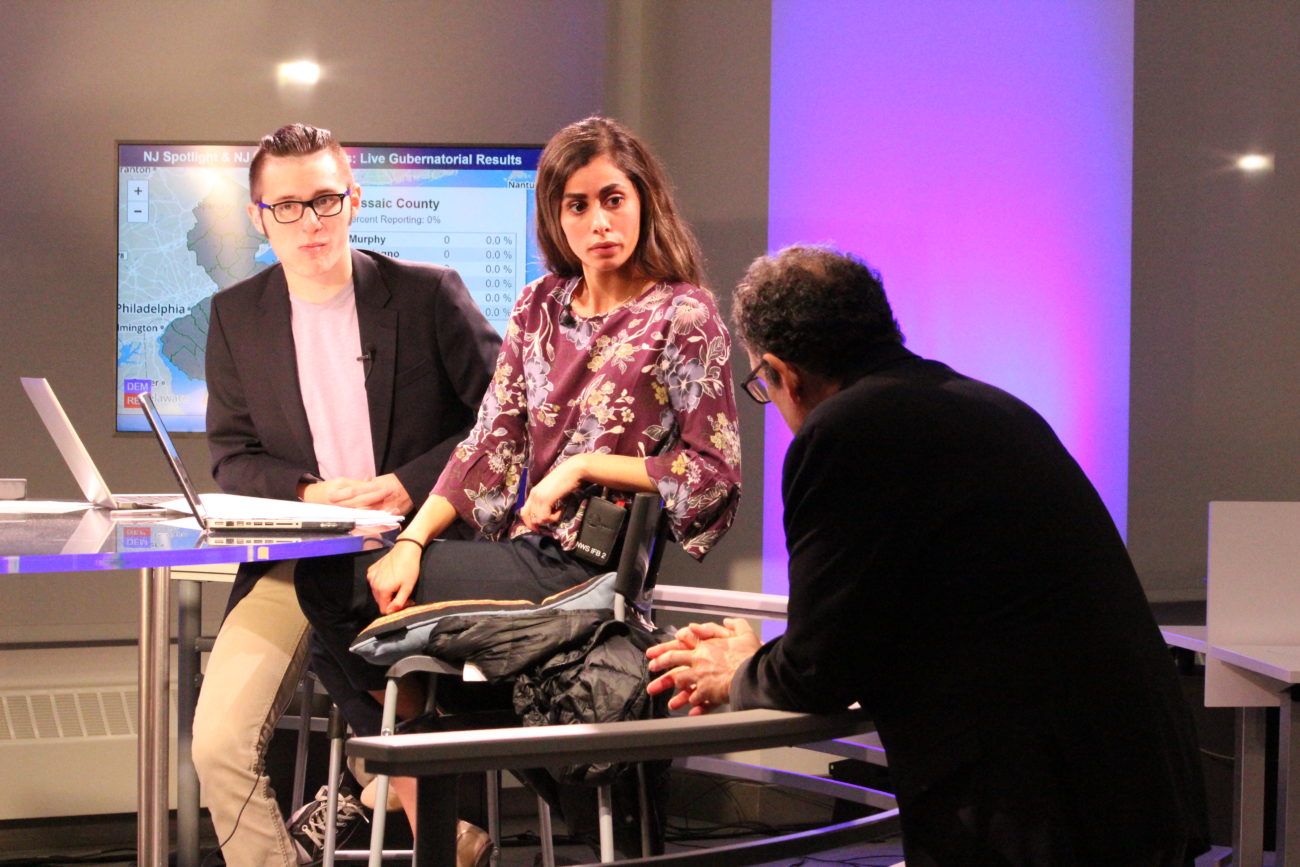 A recent New York Times Magazine article on driverless driving focused on the iconic Ford Motor Company and how its CEO is reimagining the company from one that manufactures cars to one that’s a “mobility solutions provider.” It’s a tricky prospect, especially when your revenue still comes from big factories, a massive workforce and a traditional network of dealerships. How do you navigate the transition, moving beyond what worked traditionally, as you march into an uncharted new world?

As a former TV news executive and now professor of journalism at Montclair State University’s School of Communication and Media, I’m especially sensitive to that challenge. I spent my career in the world of broadcasts, deadlines, packages, backtiming and standups. Even when digital changed everything, and we embraced social media, it was just an embrace, not a marriage.

"How do you navigate the transition, moving beyond what worked traditionally, as you march into an uncharted new world?"

So, how do you approach teaching video journalism? In the lexicon of Ford: must I be thinking about how to turn my students into “visual journalism solutions providers?” Maybe that’s overwrought, but clearly, it’s no longer enough for budding journalists to understand how to use, say, Snapchat and Instagram, because today’s hot thing is yesterday’s Foursquare.

How do I get students ready for a digital future where Facebook and Google (at least today) suck most of the revenue out of the digital news ecosystem, while most of the jobs are still in the mainstream of local television, network television and cable—though the “cool factor” is no longer there?

I confronted this recently as I organized multi-platform election night coverage of the recent New Jersey gubernatorial race to replace Chris Christie.  At Montclair State, we are blessed with a state-of-the-art open learning facility with the latest Sony 4k equipment.  We have a spanking new News Lab (a simulated multi-platform newsroom) with anchor desk, interview sets in studios, and control rooms that put my old one at MSNBC to shame.

And everything was utilized on election night. Control Room C was busy and buzzy, with students throwing to live shots, cueing talent and rolling pieces. The studio was jamming with professional journalists affiliated with the School’s Center for Cooperative Media, working alongside the student journalists.

Veteran TV news executive-turned-professor Vern Gantt turned to me at the beginning of the evening, when his charges were still trying to get into the rhythm when the joint is cooking and the news is breaking, and said: “I feel like I’m 20 years younger.” He was recalling the exhilaration of election nights he helped coordinate in the bigshot world of cable news.

I looked at the students he was helping. One looked pale.  “And they,” I said, “look 20 years older.”

They soon proved me wrong. The pale one quickly regained her color, found her voice, her stance and along with her co-executive producers, guided the multi-hour affair steadily along.  Her name is Georgia Salvaryn, a senior: “I learned a lot about myself that night; I learned that I like to be in these high-stress situations where I’m under pressure to get things done and to work with others in that situation and to stay both cool and authoritative in getting done what needs to get done.”

A Cultural, Generational Shift in Coverage

Part of what made this teaching-cum-professional experience so vivid and occasionally unnerving was that many of these students were participating in an American ritual—election night on television—without being familiar with the genre.  I had wondered how they would adjust to the insanity of live news on an election night. Think of playing baseball if you never saw the game. Most of these students are fully weaned off of television news. They get their news from links in their Facebook feed and from Twitter.  The news they consume is disaggregated and de-branded.

We didn’t have a broadcast signal, nor were we carried on cable. Facebook Live was our carrier (revenue-suck or not), and we streamed our programming on multiple university websites and Facebook pages.  We did live shots throughout the state, but without those expensive satellite trucks of yesteryear. Skype (mostly) worked just fine.

But I worried: Were we teaching them a skill and a genre that was yesterday’s model? How do you take a forward-looking approach to teaching journalism when nobody has the answer as to what that is?

Another of my colleagues, Tara George, a former New York Daily News reporter and now coordinator of the Television and Digital Media and Journalism programs, gave some perspective: “Staying relevant in journalism education is a constantly moving target. We have to be careful to make sure we are teaching students skills and giving them experiences which will be valuable to them and make them marketable in a hyper-competitive media environment. What students learned the other night was how exciting journalism can be, how important the work is, how to work with colleagues, and how to be unafraid to try new things and make mistakes and learn from them.”

Reflection After a Successful Election 2017

At the post-broadcast celebration, you could feel the excitement and you could see in the eyes of the students that look: Whew, that was something. Maybe not my thing, exactly, but whew.  This was not an epoch-defining race; there was no Donald Trump at the top of this ticket. Chris Christie’s shadow was a big one, and neither candidate for his replacement inspired much passion among the students.  They had to go out and do their research, ask their questions and learn to be journalists. This was not a race they talked about in the dorms at night.

Madison Glassman, a senior, covered the winner, Phil Murphy, whose headquarters were in Asbury Park.

“I had never done a live shot before,” she said. “I was surrounded by reporters from CNN and the Philadelphia stations with all of their fancy equipment. My producer was holding two cellphones, one on top of the other: One was shooting me on Skype, the other had the flashlight app on, so I could be seen. The night drove home to me: This is what I want to do in my career. It makes me happy.”

I was happy for Madison because I understood that feeling. But I also felt ambivalence. I want her and her peers to think beyond the TV box, literal and figurative. I want them to understand that the lessons of the night transcend the format and the delivery system. I want them to be exhilarated by innovation, even if it’s using that flashlight app.  What will never go away is the need for good and timely decision making, collaboration, understanding of “tools”—and of course solid journalism.

As for the future, I envision a world that continues on its hybrid path: CNN, for example, will continue to hire show producers and digital journalists. Some of them will migrate from one area to another, and more will seamlessly jump back and forth between television and digital realms, like Brian Stelter. My former NBC colleague Lester Holt tells students that each has to be a Swiss army knife. I take that one step further. I think the journalists and media professionals of the future will be like a Swiss army knife with new snap-on attachments, as the formats and technologies evolve.

I think of my niece, who recently became a Snapchat Discover channel designer for Self, which earlier this year shuttered its print magazine. She’s untethered to print and doesn’t miss it.

I want my students to take the forms and structures of my generation, subvert them, morph them, stretch them, and create something new. Somewhere in that post-celebratory bacchanal, I hope one of those students was thinking: “This was interesting…but it could be way better. I have an idea…”

Mark Effron is a veteran broadcast news executive with such companies as The Washington Post, MSNBC, and New York Public Radio. He’s currently a professor of Journalism at the School of Communication and Media at Montclair State University in New Jersey, where he coordinates the News Lab.