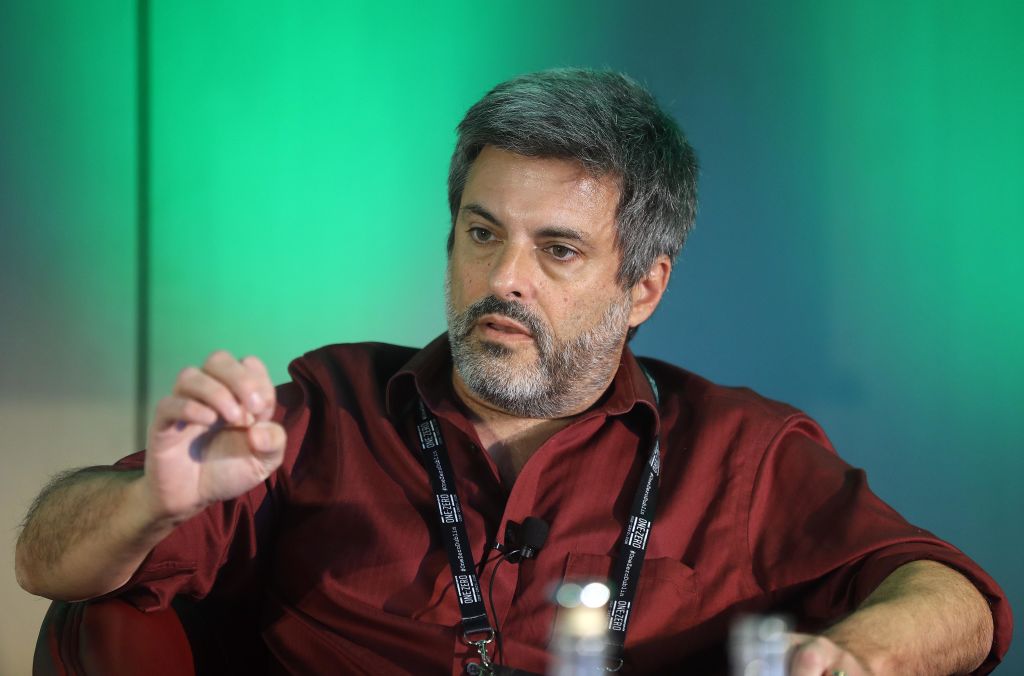 In the news this week, a new Freedom House study found that 30 governments around the world had been spreading disinformation online and attacking the media, with 18 elections affected by misinformation online and on social media. The Daily Beast reports that a dozen current and former employees at Vice Media describe a culture of sexual harassment, with older men preying on younger female colleagues. Leaked correspondence between Donald Trump, Jr. and WikiLeaks give insight into coordination during the campaign, including WikiLeaks asking for Julian Assange to be made ambassador to Australia. Our first Collaboration of the Week, presented by Airtable, is the Paradise Papers and how they pulled off an incredible coordinated reporting endeavor with more than 300 journalists in 67 countries. Our Metric of the Week is Podcast Super-Listeners, and King Kaufman discusses his new podcast “Can’t Win 4 Losing,” which focuses on lovable losers in sports.

“As a person in the media who gets sent books all the time, my reaction to 95 percent of them is ‘What’s the market for this book? Why did this get published?’" -King Kaufman on the genesis of his podcast

King Kaufman is the creator of Can’t Win 4 Losing, an audio documentary podcast about losing in sports. He is a longtime sportswriter, editor and broadcaster in the San Francisco Bay Area who has worked for Bleacher Report, SiriusXM Radio, Salon.com and others, and is the former co-editor of the “Baseball Prospectus” baseball annual.

Misinformation Played a Role in 18 Elections Around the World

Last year, we learned our elections were vulnerable to misinformation campaigns from Russian agents on social media, and we’re still in the process of figuring out what the damage was. But we’re not the only country that’s been affected by propaganda online. According to a new report from Freedom House, elections in 18 countries were influenced by misinformation tactics on the internet and social media in the past year. And the report found that 30 countries were guilty of “mass producing their own content to distort the digital landscape in their favor.” Those tactics contributed to a seventh consecutive year of decline in overall internet freedoms around the world. Among the findings in the report: state censors target mobile connectivity, more governments restrict live video, and attacks against news outlets and opposition are on the rise.

Also, the report found that a record number of governments have restricted mobile internet service for political and security reasons, and China was the world’s worst abuser of internet freedom (for the third straight year), followed by Syria and Ethiopia. Freedom House has been tracking information manipulation online since 2009, and its president Michael Abramowitz warns that “the effects of these rapidly spreading techniques on democracy and civic activism are potentially devastating.” And by techniques, he means armies of opinion shapers, bots, fake news outlets and in some cases restrictions on news media. The authors call for public education programs and increased regulations, and ask tech companies to re-evaluate their algorithms. We’ll see if anything can be done to dampen the enthusiasm of propagandists run amok on social media.

The Culture of Sexual Harassment at Vice Media

Vice has built its billion-dollar reputation on being the type of company that breaks rules and crosses boundaries, building a massive audience among millennials. A lot of that reputation comes from the top with founders Shane Smith and Gavin McInnes who recounted how they would use the magazine to “get laid” in the 2003 book “Vice’s Guide to Sex, Drugs and Rock and Roll.” That cavalier attitude about sex may have contributed to the latest round of sexual harassment allegations at the company. The Daily Beast’s Brandy Zadrozny reports that they built a culture of sexual harassment and indifference. One of the driving issues is the infamous “Non-Traditional Workplace Agreement” that people sign before working at Vice, basically saying they won’t be offended by behavior that crosses the line.

A dozen current and former employees told The Daily Beast that women who are intimate with superiors are given more opportunities for advancement. The Huffington Post also is being scrutinized for having a culture of harassment during the tenure of Arianna Huffington. Gizmodo’s Melanie Ehrenkranz [air-IN-ku-ranz] reports that Huffington turned a blind eye to sexual harassment by then managing editor Jimmy Soni. Ehrenkranz writes that Huffington knew of the allegations against Soni before a human resources investigation into his actions. Neither Soni nor Arianna Huffington are at HuffPost any longer but the charges against them are likely to follow them even after they’ve left. As sexual harassment charges continue at legacy and digital media outlets, it seems that there are few places that will avoid a reckoning.

WikiLeaks Corresponded with Donald Trump, Jr. During the Election Campaign

Twitter is great for bringing people together who might not ordinarily have a connection. And when people want to get together but don’t want anybody to see, they often turn to direct messages or DMs. Most of the time, this is innocuous but when you’re Donald Trump, Jr. and the other party is WikiLeaks? There are going to be some questions. Over the course of at least 10 months, WikiLeaks repeatedly messaged Donald Trump, Jr. through direct Twitter messages to make a series of requests, according to The Atlantic’s Julia Ioffe. Those requests range from sharing WikiLeaks’ work so it would make the organization look more impartial, to contesting the results of the election, to pushing for Julian Assange to be the U.S. ambassador to Australia.

Though Trump Jr. did at times respond, the correspondence was largely one-sided. As the Wall Street Journal’s Byron Tau pointed out on Twitter, Donald Trump tweeted about the organization just 15 minutes after Don Jr. received a DM. To appear more impartial, the organization asked Don Jr. for one of Trump’s tax returns so it could leak it to the public, arguing it would make their Clinton leaks that much more effective. Those messages have been turned over by Trump Jr.’s lawyers to congressional investigators. As far as we know, the last time WikiLeaks contacted Don Jr. was on July 11 this year when the New York Times revealed he had met with a Russian lawyer. Again, WikiLeaks asked Don Jr. to leak his emails to them so they could confound his father’s enemies. Don Jr. never responded, and recently published all their exchanges on Twitter.

– Researchers at the University of Edinburgh found that Russia-linked accounts tweeted thousands of times about Brexit.

– A Serbian editor says that Facebook is on the verge of ruining small publications in his country with its “experiment” moving news outlets to a different feed.

– And tech giant Amazon scrapped plans to offer a skinny bundle of TV channels when it realized it wouldn’t make enough money.