Why an Indian TV Station Went All-In on Smartphone Newsgathering 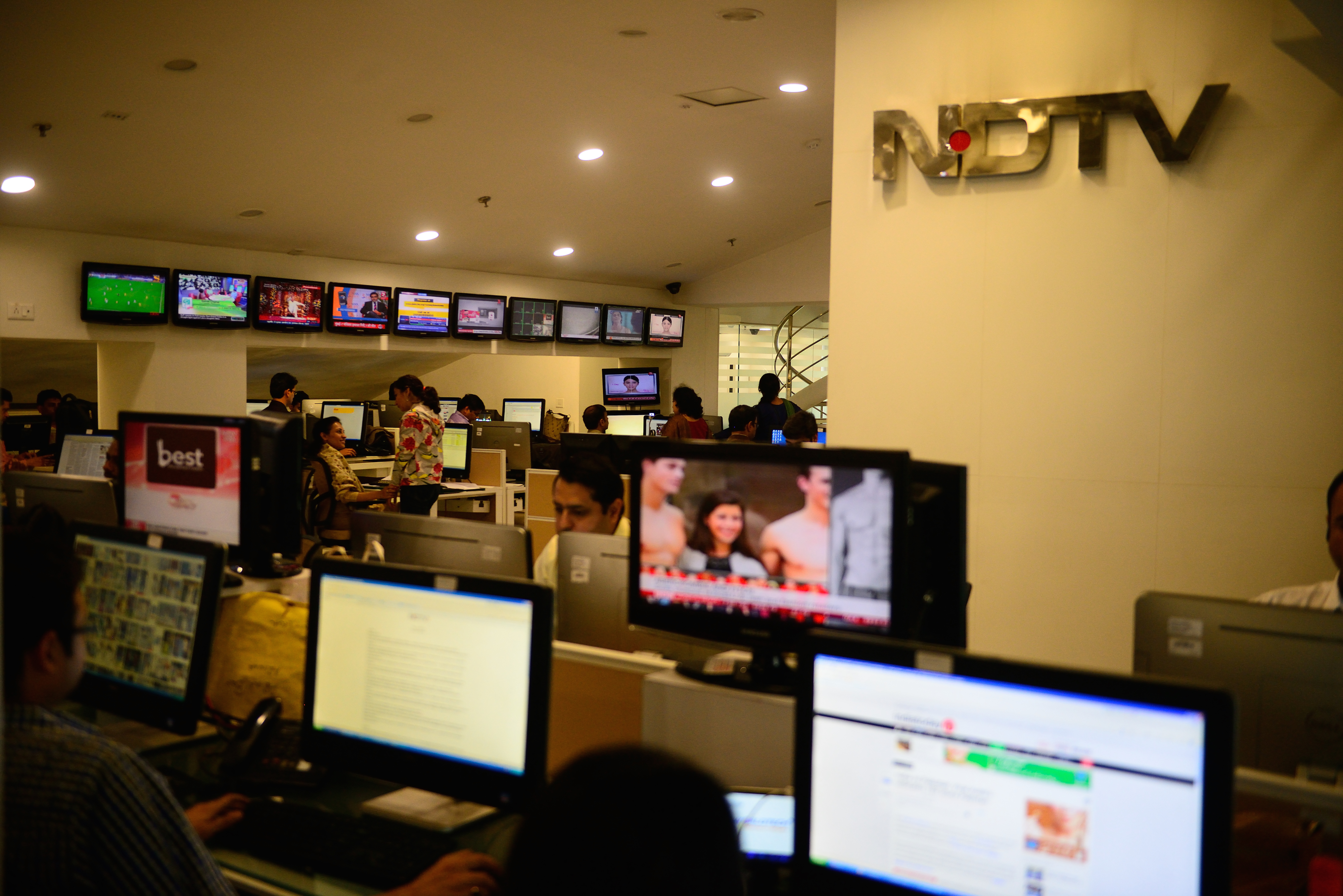 It was a good, four-decade-long run. While it lasted.

Who knew so much video news production power could be built into something not even invented for newsgathering?

The smartphone, a device barely larger than the viewfinder on a professional ENG camera, has begun turning the video newsgathering world upside down. It is so small, mobile and easy to use that dedicated videographers are not needed to operate it. (Reporters who shoot their own video are known as VJs—video journalists, and mojos—mobile journalists.) ENG diehards see the diminutive smartphone footprint as a huge disadvantage, image-wise, because big cameras signal to police and politicians: “I’m a working journalist.”

It’s a device so ubiquitous that it places cell-phone-packing, ordinary citizens near the scenes of most breaking news events. Meaning the first images of many big stories are not coming from professional camera teams, but from amateur eyewitness bystanders. (Being scooped by Joe Citizen is probably more embarrassing for reporters than showing up at press conferences without highly visible ENG cameras.)

Even though scoffers are slowing the megatrend, the shift is irreversible. ENG gear is way too bulky and way too expensive to survive in a world that is moving toward digital news delivery and mobile, small-screen news consumption. It’s just that the change to where more reporters use smartphones at the front end of the video news chain is progressing more slowly than their use by news consumers at the tail end.

It’s not just the tiny, built-in, inexpensive camera that sets a smartphone apart from ENG cameras. The smartphone also has integral video editing software plus a wireless connection to cellular networks that permits the device to also replace traditional, standalone editing systems, live trucks and legacy microwave and satellite connections between the news scene and the newsroom. Who knew so much video news production power could be built into something not even invented for newsgathering?

The jack-of-all-trades, all-in-one capability allows the smartphone newsgathering megashift to ride other trending waves: the rapid decline in newspaper readership and the more gradual decline in television news watchers. (It’s why both publishers and television supplement their legacy delivery methods with digital delivery.)

We know smartphone newsgathering will have a big impact on video news providers. How will the megashift affect news consumers?

It will accelerate the decline of television, the medium that has been the most popular way of accessing video news. Smartphone newsgathering advocate Glen Mulcahy—who founded MoJoCon, annual conferences mobile journalists worldwide, who already most often shoot with cell phones— predicts that “TV news will be dead in 5 years.” He blames television management for it even taking that long, because “they are too f****** entrenched in the expensive buildings, (ENG) platforms and transmission systems.”

It will also mean instant access to far more live reports from scenes of breaking stories because so many mobile reporters will be able to go live with their smartphones. No ENG crew needed.

Which will also lead to a sharp reduction of so-called “black-hole” liveshots that most local television news shows broadcast to create the appearance of timely reporting. (The expression black hole liveshot comes from the tens of thousands of TV news live shots that show reporters, often at night, standing at scenes of events that occurred hours earlier. It’s a widespread practice used to justify expensive ENG gear and live trucks.)

Digital news consumers will have no tolerance for black hole live shots. Not just because many don’t want their intelligence insulted, but also because they want to see major news events live, as they happen, not hours later. As smartphone newsgathering and digital delivery pick up steam, there will be far more “genuine” live shots because of so many hundreds of VJs being out and about with their cell phones.

How long can ENG cling to life? So far, no U.S. television news outlet has made a complete transition to smartphone newsgathering. But the tipping point may have begun this year at NDTV in New Delhi, India.

This past summer, NDTV switched to a mobile journalism model where its reporters shoot and edit news video. The television station has already laid off camera operators and video editors. NDTV, which broadcasts news in two languages, announced it was shifting from conventional broadcasting to digital storytelling using mobile phones to match “international trends.”

“Like other news broadcasters around the world, NDTV is reorganizing its newsroom and resources to focus on mobile journalism. We are the first major network in India whose reporters are all trained in using mobile phones to shoot stories. This is not just about cost-cutting, though that is certainly, for us…an important factor in operations. Mobile journalism means reports are lightning-quick and much more efficiently produced—a priority for any news company. It would be irresponsible to viewers and to shareholders, as well as (being) archaic, to maintain decades-old templates of how to shoot and edit.”

Perhaps not to be outdone, the Bangladesh daily, Prothom Alo, published in English and Bengali, announced this fall that it’s been building a large mobile journalism network in the country with “184 journalists around the country trained to shoot, edit and publish content straight from their smartphones.” According to journalism.co.uk:

“In July 2016, the publisher began to experiment with the new techniques, and found that mobile journalism (mojo) helped them increase the amount of video coverage they produced, while improving the speed at which they report on stories for their online daily audience of seven million readers.”

Whether South Asians have now become the world leaders in refining and adopting the smartphone newsgathering/mobile journalism combo concept remains to be seen. It looks like it. The movement, although catching on worldwide, has not yet reached the tipping point, as ENG clings on for dear life. It’s a grip that could fade fast, much like film did in most of the world in the 1970s.

Lynn Packer is a former television news reporter and former university broadcast journalism instructor (in the US and Germany). He also consulted for several German television stations and networks. Packer is now preparing smartphone newsgathering workshops for Germany.