Your Quick Guide to Using LinkedIn to Distribute Content 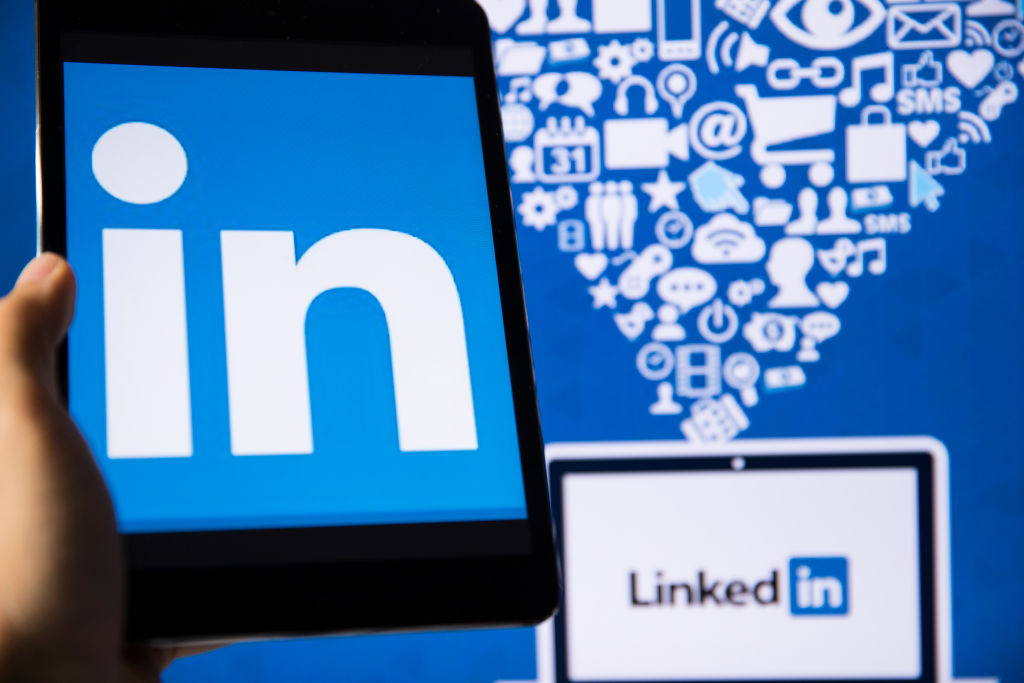 This article was originally published by NewsWhip.

What type of stories go viral on LinkedIn, and how does the algorithm impact the visibility of certain posts? Below, we take a closer look at the content process on the business professionals’ network.

For some business-focused sites such as Forbes and Inc.com, LinkedIn engagement is beginning to rival, or even surpass, their shares on Facebook.

Earlier this month, we looked at how LinkedIn has been investing in video capabilities. But video isn’t the only area of content that has been succeeding on LinkedIn. Earlier this year, Digiday reported on how business publishers were seeing growth in referrals from the platform.

Here’s how engagement, measured as shares of links on LinkedIn, looked like for English language publishers on the platform from January to September:

August seems to have been a banner month, with over 50 million shares of new articles. Indeed, we’re now seeing that for some business-focused sites such as Forbes and Inc.com, LinkedIn engagement is beginning to rival, or even surpass, their shares on Facebook.

According to Executive Editor Dan Roth, the platform had three million writers and around 160,000 posts per week as of the end of 2016. Those articles either get distributed by LinkedIn’s in-house editorial team, made up of around 25 editors based around the world, or algorithms. LinkedIn claims that 87 percent of users trust the platform as a source of information, making it an attractive location for gaining people’s attention.

But what sort of messaging works on LinkedIn, and how does it get distributed? Unlike Facebook, there isn’t a whole lot of discussion about the influence of LinkedIn’s algorithm on what their users see when they log on.

As with most algorithm-based news feeds, we can divide the question of why certain stories go viral into two sections. First, we need to analyze the actual substance, tone and presentation of the stories themselves. Second, we need to consider the distribution particulars of LinkedIn, the role of its algorithm and the influence that a writer or publisher can have on that process.

First, let’s consider the types of stories that are seeing high engagement on LinkedIn. LinkedIn is actually quite explicit about the types of stories that it sees as being likely to go viral on the platform. In a guide, they note that articles should “share professional expertise,” and suggest titles such as “What will (or should) your industry look like in 5, 10, or 15 years and how will it get there?” and “What advice do you have for career advancement?”

Looking at the most popular stories of the last few weeks on LinkedIn in NewsWhip’s Spike tool, we can see that these type of stories also resonate when they come from publishers. Career advice and professional development insights are extremely popular.

In presentation however, LinkedIn makes an effort to distinguish its content from more mass-appeal platforms. The platform discourages the use of listicles and obvious clickbait and recommends that writers “keep articles appropriate for the LinkedIn audience. Don’t post anything obscene, shocking, hateful, intimidating or otherwise unprofessional.”

Being able to maintain these editorial standards is something that LinkedIn takes very seriously, and to reasonably good effect. You won’t have noticed LinkedIn mentioned very often in ongoing discussion about the spread of “fake news,” and the platform is not known as a place where viral publishers go to thrive.

It’s also important that articles aren’t seen as overly promotional; it’s fine to mention where you work, or the product you’re building, but going overboard results in risking spam status and a visibility downgrade. LinkedIn isn’t trying to compete with Twitter for the breaking news audience, or Facebook for mass appeal. Its strengths lie in allowing users to develop thought leadership, and sharing content relevant to their careers. Developing a genuine persona on LinkedIn with expertise around a specific topic is a surefire way to build an audience base on the platform. LinkedIn also recommends that articles are at least three paragraphs long.

Distribution: the Algorithm at Work

Distribution of content on LinkedIn is an algorithmic process, and that algorithm is theoretically designed for engaging, interesting stories to go viral. In this sense, the algorithm isn’t all that different from the type that the bigger platforms employ, but it’s aimed at a more niche user base. LinkedIn is open about the effect that its algorithms have on content visibility in the news feed, using a “man+machine” approach to classifying content in real time based on signifiers such as early engagement, previous reaction to content from the page, and more.

LinkedIn uses a feature called “FollowFeed” to help determine what gets prominence in users’ feeds. FollowFeed aims to provide high precision and recall, or relevance. For a technical explanation of how FollowFeed works, see this great detailed explanation from LinkedIn engineer Ankit Gupta.

LinkedIn has a three-stage process for identifying and dealing with low-quality content. As the post is being created, a classifier buckets posts as “spam,” “low-quality,” or “clear” in near real time. Next, the system looks at statistical models based on how fast the post is spreading, and the networks engaging with the post, in order to spot low-quality posts. Finally, human evaluators review posts flagged by users as being “suspicious.”

There are some factors that help determine how much preference articles secure for algorithmic distribution based on factors related to the personal details attached to the author’s LinkedIn profile. Here’s what LinkedIn recommends regarding article distribution factors from individual writers:

So as with any news feed, there’s quite a bit at play behind the scenes in determining how many people will see and share your posts. Analyzing other success stories and changing techniques learned on other platforms can help in boosting your own signal.

Ultimately, LinkedIn’s editorial mission statement is to provide timely and professional content to users. Those users can be divided into different cohorts – engineers, salespeople, executives and countless other – but timely relevance remains the key consideration.