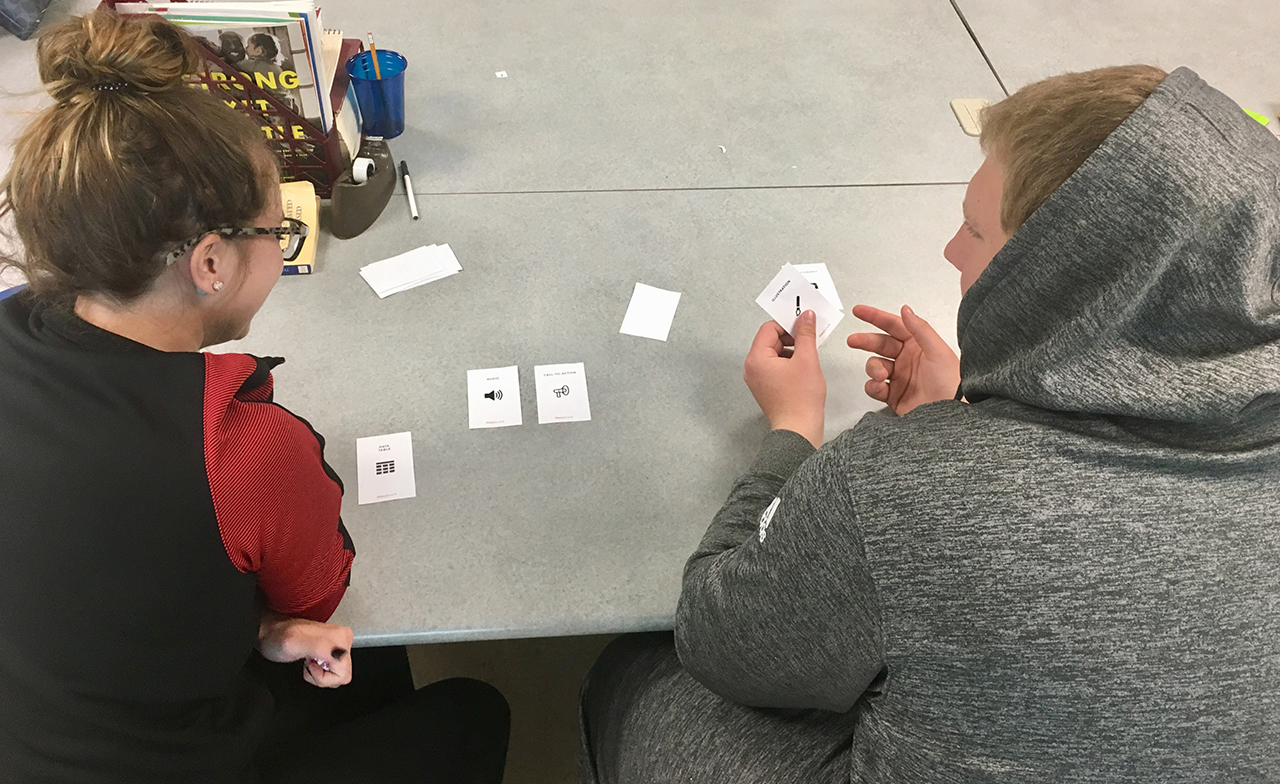 At the Journalism Interactive conference hosted by the University of Maryland in October 2017, I presented a card game that I have been prototyping for the last year in classrooms from Northeastern University to the Nieman Foundation.

“Storydeck: A Digital News Design Game,” in a nutshell, helps students conceptualize, scaffold and focus a digital story for a specific topic and a specific user.

The game – which you can download free here – is based on the research we’ve conducted through Storybench, and it organizes many of the common ingredients that go into a successful digital news article. Here’s how it works:

Extra points for multiple wireframes and detailed annotations. Ideally, the teams report, build and publish this story as a final class project.

Have an idea for improving the game? Contact @storybench.

Storybench’s editor is Aleszu Bajak, a science journalist and former Knight Science Journalism Fellow at MIT. He is an alum of Science Friday, the founder of LatinAmericanScience.org, and is passionate about breaking down the divide between journalists, developers and designers.

Download the game below (and print it on card stock); There Are Two Images Below to Print