The Perils of Pack Journalism on the Campaign Trail 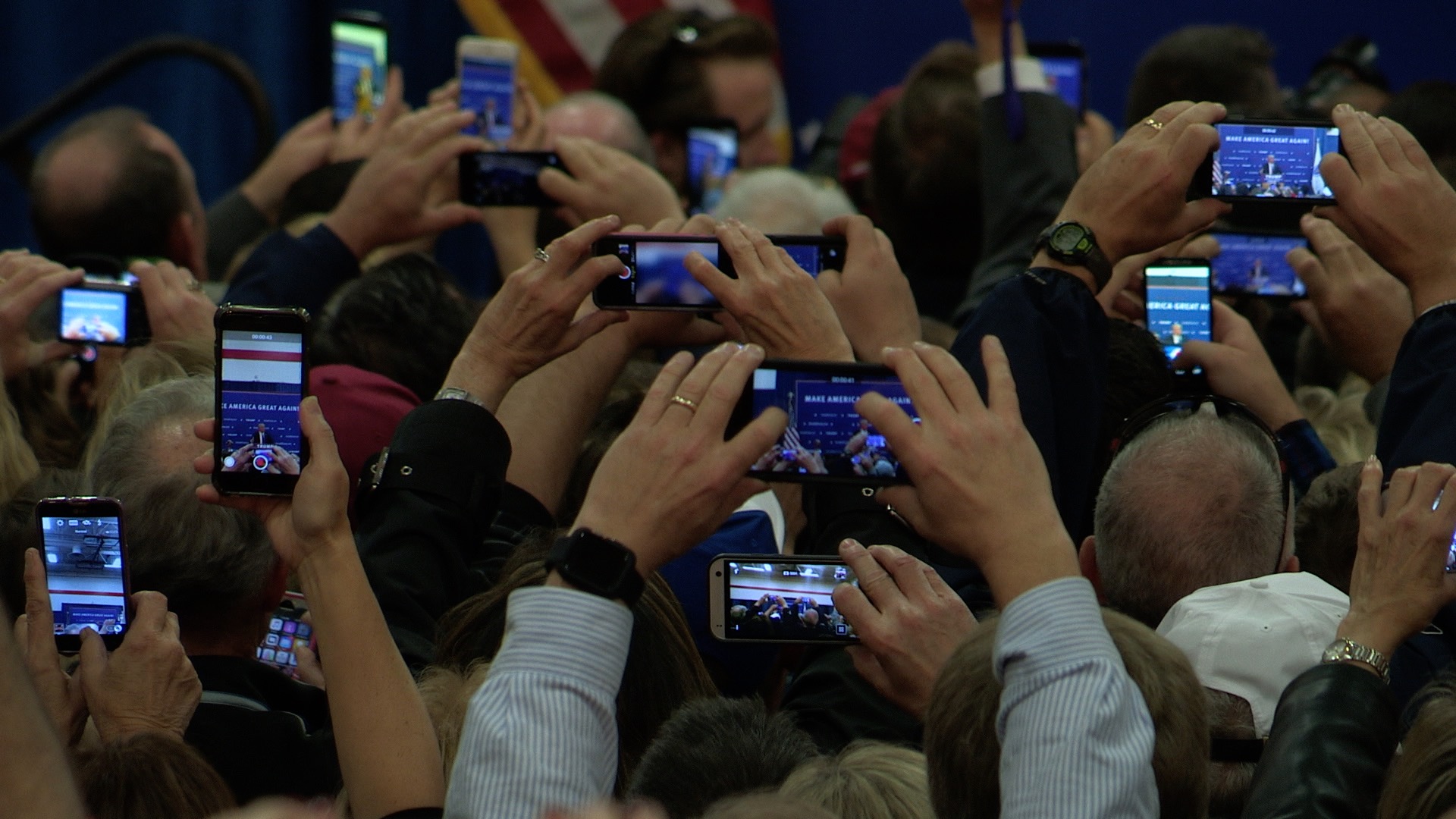 In the debate about which news sources are credible, one critical element of discussion is missing: the terrible job the mainstream media does in covering national elections, which drives audiences to seek “alternative” news sources that are questionable at best. This “terrible job” is quantified in a 2016 Harvard University study, which found that only 11 percent of early coverage by of the presidential race by the mainstream media was devoted to substantive stories such as character or policy issues.

Thirty years ago, news consumers had little choice but to get their news from mainstream media. But, thanks to technological developments, they can now pick and choose from sources they feel are giving them the news they want. This has created the situation where people are embracing, at best, hyper-partisan sources that fuel political polarization, or at worst, fabricated or foreign propaganda masquerading as news.

During my time embedded with the media, I was surprised at the amount of interesting and compelling stories political journalists ignored in favor of horse race and campaign process stories.

That’s my take after being embedded with the media covering the New Hampshire Presidential Primary for nine months, which I share in my documentary, Democracy Through the Looking Glass. I observed two worlds existing simultaneously: one world with thousands of engaged citizens attending hundreds of campaign events for nearly 20 candidates, and the other world comprising the 20 to 100 reporters at these events. The questions and interests that each group respectively posed to the candidates revealed a stark contrast.

The candidates also noticed. Republican candidate Carly Fiorina, for example, pointed out the “gulf” between the questions asked by the media and those posed by voters. The media asked about polls and strategy, she said, while and voters asked about “their lives and what will I do (as President) to help make their lives better.” Fiorina’s observations confirmed what I saw and underscored the Harvard study’s findings that nearly 90 percent of early primary coverage dealt with the campaign horse race or campaign process stories.

As a political junkie, I love to read insider stories. However, the vast majority of the 136 million voters in the 2016 election couldn’t care less which candidate was polling better in Iowa nearly a year before the general election. Telling the “inside the campaign” story was pioneering journalism when Theodore White wrote The Making of the President in 1961, chronicling how Kennedy got elected. But today it is banal. Now, at the dawn of the digital age, technology has exacerbated the factors that drive political pack journalism to provide their audiences with the homogenous story of the day.

Technology has created a new criterion that defines a story as “news” in the social media world. Elements such as timeliness or proximity on an event have always determined whether a story is deemed newsworthy. Now “shareablity” is part of the calculation, forcing reporters to double down on the search for stories that create a buzz, rather than one that illuminates.

During my time embedded with the media, I was surprised at the amount of interesting and compelling stories political journalists ignored in favor of horse race and campaign process stories. The media pack passed on personal stories involving issues that dominate our national debate, such as a mother whose teenage son has been diagnosed with the precursor to colon cancer, who grilled candidates about whether they will support more cancer research. Similarly, a woman caring for both her husband and mother with Alzheimer’s Disease pointed out to fourteen presidential candidates how this disease will bankrupt our health care system and asked them what they would to solve this impending crisis. Or a young man who grew up in the foster care system since he was 3 years old, who sought to raise awareness about a neglected national issue.

The new generation of “digital reporters” must also focus on feeding a wide-range of media platforms with updates, full stories, video clips and ever more updates, to the detriment of probing deeply into more complex stories. And what got covered in this environment? The media flocked to stories about a guy with a boot on his head, or the teenage twin sisters who got selfies with every candidate, or the tattoo artist giving away free Donald Trump tattoos. These stories—teased with provocative headlines— were shareable and therefore qualified as “news” in our new media ecosystem.

The parallel trends of celebrity/entertainment-driven news and politics and technological change hit a high-water mark in 2016. From my vantage point, this was highlighted by the army of technicians, local vendors, producers, editors and on-air talent from various networks that descended on New Hampshire in the last days of the campaign. The costs of shipping, constructing, staffing, dismantling and returning entire news sets, in use for just a few days leading-up to election night, no doubt surpassed the amount of money the major networks spent on embedding reporters covering the election in the previous six months. No expenses were spared for the big show, but few resources were invested to explore the historic levels of voter dissatisfaction across the political spectrum, which ultimately decided the election. This is not a criticism of the reporters or editors I encountered. All were professional and many a whole lot smarter than me, but all were caught up in the pressures of today’s media environment.

News consumers have thousands of media alternatives providing options to the often stale and unimaginative mainstream media coverage. Of course, news consumers have their own pack mentality that drives them into making bad decisions about their alternative media sources. To paraphrase Winston Churchill: “The worst kind of journalism is the mainstream media…except for all the rest.”

Many will argue that the media has made a comeback since Trump’s election in November, as they have unearthed an impressive array of stories on malfeasance and intrigue. Yet 63 % of voters polled either think the media is fabricating reports about the Trump administration, or they are “not sure.”

I experienced this distrust (and far worse) by wearing a press pass at campaign events. Much of this disdain I attributed to the “red meat” rhetoric attacking the media that all the candidates throw at their supporters. But this rhetoric continues to resonate because there is a big element of truth to it.

So as society grapples with how to reestablish the trust and credibility of the democratic institutions we’ve entrusted with providing objective truths to the body politic, the media profession must purge itself from these self-inflicted wounds. This will be is exponentially more difficult in an ever-changing technological landscape, where additional challenges to covering the 2020 presidential race may not have even been invented yet.

Kevin Bowe is the Director/Producer of the documentary, Democracy Through the Looking Glass, which is available on Vimeo On Demand.