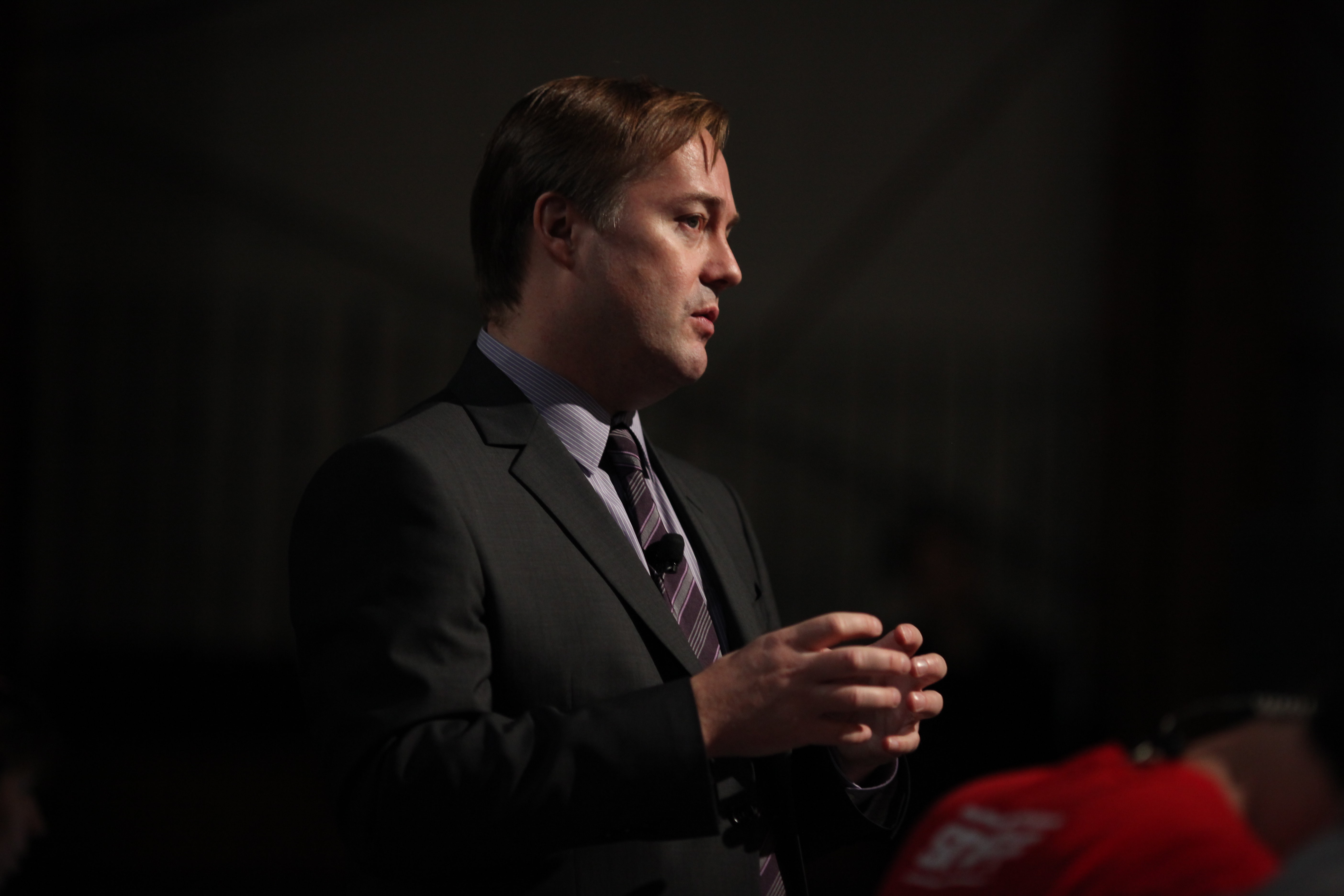 In the news this week, the good, bad and ugly of those dominating tech giants. On the bad side, Google, Facebook, and Twitter were overrun by misinformation during the Las Vegas shooting, with alt-right sites and manipulators naming the wrong shooter. On the good side, Google announced it was ending its First Click Free rule for publishers with paywalls, allowing them to set the number of articles people can see for free via Google search and news. And on the ugly side, we learned more about how Russian-linked actors manipulated Americans in battleground states leading up to the election with targeted ads, fake accounts, and Facebook Groups. Our Metric of the Week is on hiatus this week due to the ONA conference, and we speak with angel investor and entrepreneur Jason Calacanis, to talk about the challenges for media companies, his new book “Angel” and diversity in tech.

"When I moved from New York to Silicon Valley, one of the first things people told me was 'no conflict, no interest.' In New York, conflicts of interest are something that people are scared of, out here people are like 'how can we get an unfair advantage for our companies.'" - Jason Calacanis

Jason Calacanis is a technology entrepreneur, angel investor, and the host of the popular weekly podcast This Week in Startups. As a “scout” for top-tier Silicon Valley venture capital firm Sequoia Capital and later as an angel investor, Jason has invested in 150 early-stage startups including 4 that have achieved billion-dollar valuations (so far). His book “Angel: How to Invest in Technology Startups: Timeless Advice from an Angel Investor Who Turned $100,000 into $100,000,000″ was published by Harper Collins on July 18th, 2017.

In a cycle that’s become all too familiar, amateur web sleuths and just plain bad actors spread false information in the aftermath of the horrific mass shooting in Las Vegas. And like those many times before, the tech platforms became a vehicle to spread the misinformation. One egregious example was the mistaken identification of the shooter by people in the internet forum 4chan, which was listed as a source in Google’s search results. If this sounds familiar, you’re not wrong. A similar thing happened following the Boston bombing with Reddit sleuths misidentifying the bomber. We know now the real identity of the shooter to be Stephen Paddock but before authorities released his name, Facebook and Google were linking to unverified articles from alt-right sites such as Gateway Pundit.

And why did they name another man, and spread the information quickly without verification? It turned out that the man they misidentified was apparently liberal and a “Trump-hating Rachel Maddow fan.” Worst of all, Fast Company reported that Facebook’s “Safety Check” page during the shooting was linking to a false story on a site called “Alt-Right News.” Facebook pulled down the story and apologized in a statement, saying, “We are working to fix the issue that allowed this to happen in the first place and deeply regret the confusion this caused.” It should come as no surprise that misinformation would spread on platforms following breaking news events, not only because this has happened before but because the platforms are built to spread information and not vet it. But Google, Facebook, and Twitter are become closer to public utilities now rather than indie upstarts. Just as we’ve seen with the investigation into Russian meddling in the U.S. election, the tech giants can no longer fly under the radar when they make mistakes.

Now here’s a competition publishers can get behind: Facebook and Google competing to help publishers drive paid subscriptions. First, Facebook said it would help drive subscriptions through Instant Articles — without taking a revenue cut. Now Google has stepped up with new plans to help drive subscriptions, and guess what? They’re not taking a cut either. Most notably, Google will eliminate First Click Free  – a policy that required publishers to provide a minimum of three free articles per day via Google Search and Google News. The new policy is called First, Flexible Sampling. In the past, Google argued that the free clicks would help publishers entice readers to subscribe and publishers that didn’t comply would be ranked lower in search results.

The new policy will allow publishers to decide how many free articles they want to provide. Google VP of news Richard Gingras wrote that the tech giant is also building a suite of products and services to help publishers expand their audiences. Finally, Google will examine how to simplify the subscription purchase process for readers. Currently Google is working with News Corp, the New York Times and Financial Times on developing new AI tools to help meet these goals, according to a Financial Times report. And even the tapeworm has turned: News Corp. CEO Robert Thomson, who famously called Google “a tapeworm in the intestines of the internet,” now says things have changed with platforms. How about that?

How Russians Targeted Social Ads to Influence the Election

Speaking of platforms, we’re finding out more details about the Russian influence campaign during the elections. Facebook handed over 3,000 ads to congressional investigators this week. According to the Washington Post, the Russian-linked accounts created fake sites and Facebook pages around topics like Black Lives Matter, immigration and Muslims in the U.S. that looked like legitimate sites. They would then create ads linking to those false pages and target those ads on Facebook using the Custom Audience tool. As the Post report notes, the Russian disinformation campaign was using the same targeting that sophisticated advertisers and political campaigns use to influence people’s political behavior. And later CNN reported that the Russian-linked campaign even targeted specific battleground areas in Michigan and Wisconsin.

According to Facebook, roughly 10 million people may have seen Russian-linked ads with 44 percent seen before the November 8th election. In order to address concerns over transparency, the social giant is taking a number of counter-measures including hiring 1,000 people to its global ad review team over the next year. They’ll also require documentation and identification for organizations that want to buy ads related to U.S. elections. Of course, Facebook hasn’t been the only platform under the microscope. Twitter revealed it had shut down 201 accounts tied to the Internet Research Agency, a Kremlin-backed “troll farm.” It also said Kremlin-linked RT spent $240,000 on Twitter ads in 2016. This is a story that will only get more complex the more that investigators and tech platforms look into it.

– The Los Angeles police department apologized for telling the media that Tom Petty died before he actually died.

–  There are fresh worries that old interactive news stories online might disappear as tech standards change.