When Reporting in VR, Don’t Forget the Story 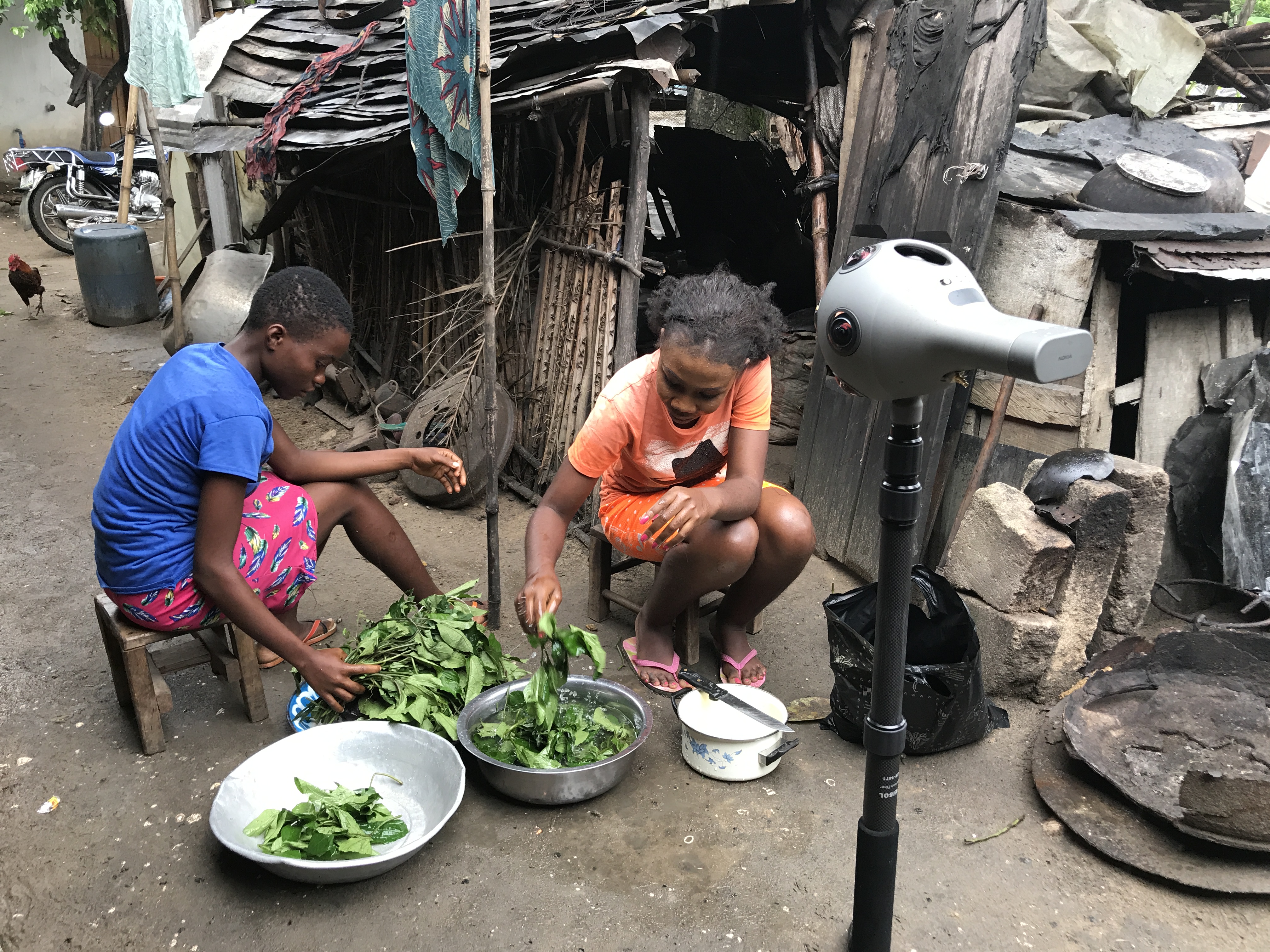 Image from "Oil in Our Creeks," courtesy of Contrast VR.

The use of virtual reality in journalism is becoming more commonplace, and it isn’t hard to see why. As one of the most immersive possible experiences, VR places the audience inside a situation they would never be able to access in their day-to-day lives. When viewers can walk through a refugee camp instead of merely viewing it on a screen, their awareness of a global refugee crisis is heightened and they are shown a different side of the story.

But VR isn’t just about a 360° view. While immersive technology can enhance a story, a well-crafted and powerful narrative is still essential when storytelling in VR. As VR continues to grow in popularity and use among journalists, newsrooms are getting more comfortable with the format. There’s more to the craft than placing a 360° camera in a unique or exciting environment and simply stitching the scenes together. We’re finding that VR reporting can be more captivating when the focus is on action, instead of merely location. A VR filmmaker or journalist must still focus on crafting a powerful narrative at the center of a VR experience.

In VR, we still need to remember the importance of storytelling in conveying pressing global and human issues.

For 360° and VR, one of the best ways to experience a story is through the subject. At Contrast VR, we’ve decided to frame our VR stories through character-driven narratives; rather than simply telling our audience the story, we find a compelling character and let that person take us into their world.

For example, there’s Lessi Phillips, who was only 16 years old in 2008 when a Shell Oil pipeline burst under the creeks of the Niger Delta in Bodo City, Nigeria, pouring an unassessed amount of oil for 77 days into the mangrove swamps near her village. We crafted the story to show that when she goes home, she simultaneously sees her childhood memories – walking through her village, with tall fruit trees and a vivacious water ecosystem – juxtaposed with what remains today: oil-dredged soil that is unsuitable for crops. In Oil In Our Creeks, VR storytelling allows Lessi to share her world through her eyes. The audience experiences Lessi’s dual vision through live-action footage captured in the field, as well as animations of her memories. That’s the beauty of VR – we get to remove the middleman and give the audience an intimately visual connection with people and communities at the center of major global conversations.

Getting the Storyboard Just Right

In a lot of VR documentaries, we’re still seeing storytelling that simply places the camera in a setting and records a shot. Then the camera goes to another location to record another shot. This leads to discontinuous storytelling without a true narrative. What the VR community should be doing is assessing how to use the tools we already have from traditional or linear documentaries, taking into account what needs to be modified, and what needs to be abandoned almost completely.

When I first started working in VR, I searched relentlessly for a storyboard format that would better fit the medium. Eventually, I settled on a format that is pretty similar to a traditional storyboard, outlining what our audience will see and hear onscreen. The storyboard has also become a technique to ensure that the narrative we’re trying to tell truly belongs in VR. If we’re having a hard time putting together a shot because the visuals and location aren’t strong, then it’s time to go back to the drawing board and think until we have a story that truly works for the medium.

In I Am Rohingya, which explores the persecution of the Rohingya in Myanmar, a refugee named Jamalida shares how she ended up in the refugee camp and how she spends a typical day. While the process of sequencing has been perceived as something more suited for traditional or linear documentary, with Jamilda we focused on her actions in tandem with her location. Instead of creating one 360° shot that captures just the end of her children’s bathtime, we sequenced the shot so viewers can feel like they are participating in a fluid action.

In order to sequence in 360°, we have to be willing to go against everything we know as traditional documentary filmmakers and stage some of our shots. Staging in VR does not involve changing people’s actions – rather, we tell our subjects to start their actions at a particular time so that we have better control of the visuals. This is especially important when it comes to the editing process, as 360° footage is much harder to manipulate in post-production. Without cutaways and other narrative techniques that are standard in linear format, we have to be comfortable with breaking some of the rules from traditional documentary, which will only help us create true VR experiences for our audience.

In Oil in Our Creeks and I Am Rohingya, we’ve used animation to add an additional layer to the visuals that our audience will see in the final film. Since the viewer has a full 360° view, we’ve always focused on how to use that space to strengthen the narrative, encouraging viewers to move around and see what’s happening in front or behind them.

When Jamalida of I Am Rohingya recalls the persecution she faced in Myanmar, our team recreated the memory for the viewer with animations that were placed in the surrounding areas of the audience’s view.

In a scene where Jamalida describes villagers fleeing their home, we feature animations of people running all around. We wanted to encourage more interactivity from viewers, freeing them to move the camera around. This makes the viewer feel the act of fleeing in addition to merely seeing it onscreen.

‘Not Just What, But Why’

The novelty of VR technology is already starting to wear off. The challenge, now, for the news and documentary VR industry is to engage more viewers, some not necessarily familiar with such an immersive medium. To do this, we must focus on the most unique stories we can find and tell. These are stories we believe best align with our team, saying “Not Just What, But Why.” In VR, we still need to remember the importance of storytelling in conveying pressing global and human issues. Determining how to make that work in VR will always be a challenge, but finding creative techniques to help audiences get past the 360° view and get fully into the heart of the story will help turn standard 360° reporting into an experience that will not only stick with viewers, but leave them curious, open and eager to experience more content like it in the future.

Zahra Rasool is the Editorial Lead for Contrast VR, Al Jazeera’s new immersive media studio, where she focuses on the production of compelling 360-degree video, Virtual Reality (VR) and Augmented Reality (AR) content. Before joining Al Jazeera’s Innovation Team, she was the Managing Editor of HuffPost RYOT where she was responsible for RYOT’s editorial strategy, managing the content team and combining journalistic storytelling with VR and 360-degree technology. In 2015, she founded her own startup, Gistory. Her background is in documentary filmmaking and she is very passionate about new emerging platforms and immersive storytelling in shaping the future of the media.