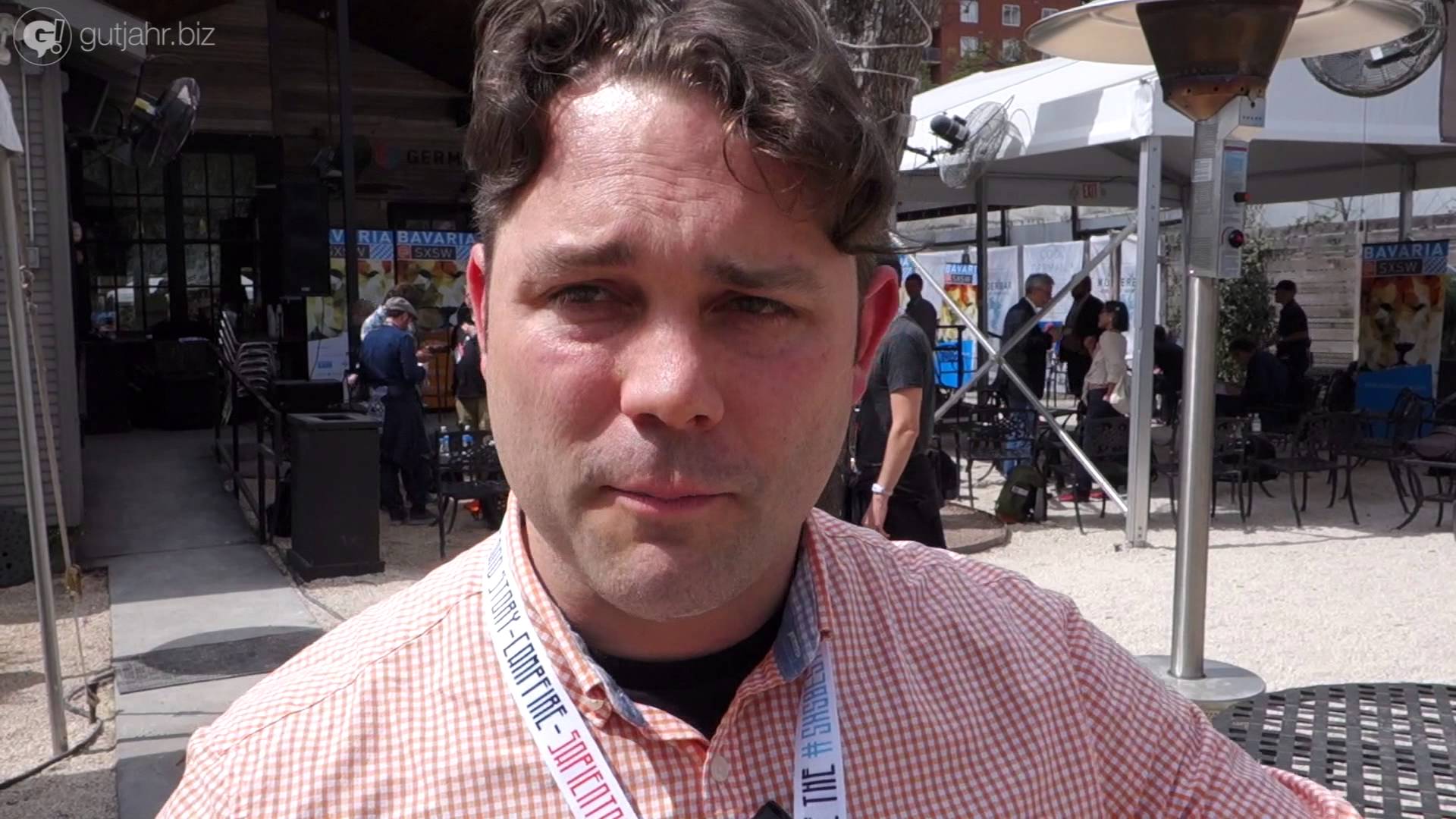 Executive Director of NYC Media Lab Justin Hendrix joins us this week to talk about what's coming up at this year's Media Lab Summit. (Credit: Youtube)

In the news this week, journalists found that Facebook, Google and Twitter all allowed them to target ads toward racist groups like “Jew haters” and “black people ruin neighborhoods.” The social platforms quickly removed those terms. A new initiative called Report for America aims to place 1,000 public service journalists into newsrooms over the next five years. Can a Peace Corps idea help boost local journalism? And the creator of the Pepe the Frog cartoon is taking legal action against alt-right groups for selling merchandise with his image. Our Metric of the Week is ARPU, and we go one-on-one with Justin Hendrix, executive director of the NYC Media Lab, to discuss his upcoming Summit next week and a new center focused on virtual and augmented reality.

"The two main themes that are driving change in media are applications of data science and virtual/augmented reality." -Justin Hendrix on themes for the NYC Media Lab Summit

Justin Hendrix is the Executive Director of NYC Media Lab, a consortium of New York City universities and companies focused on media and technology. Before joining NYC Media Lab, Justin served as vice president of business development at The Economist.

It’s yet another bad week for the platforms as they come under more scrutiny tied to hate speech. It started with the “Machine Bias” team at ProPublica finding out that Facebook allowed advertisers to target users using several anti-Semitic ad categories – until that story ran and Facebook pulled them. Then BuzzFeed’s Alex Kantrowitz found that Google’s AdWords lets advertisers use a variety of racist and anti-Semitic keywords, including “black people ruin neighborhoods.” Because AdWords is designed to suggest other related keywords, the system offered up other racist keywords as well – until the article ran. And Twitter isn’t off the hook either. The Daily Beast’s Bryan Patrick Byrne found that the social network allowed advertisers to submit racist terms as keywords – until the story ran.

The common theme here? It apparently takes reporters doing searches for racist terms for the tech giants to fix those problems. Maybe they need to hire editors to help, or add more human oversight to the algorithms. The key here is that search terms are generated automatically by what’s shared on these platforms. You’d think that after all the public criticism surrounding hate speech on platforms, that the tech companies would realize this is a landmine they should avoid. As Wired’s Issie Lapowsky puts it: “Facebook may want to be an island, but it’s an island on which 2.2 billion people live, and it’s proven time and again that it’s either incapable of or disinterested in anticipating such vulnerabilities.” Lapowsky rightly suggests that Facebook and other tech companies become more open to outside researchers and create an internal “red team” that can ferret out these issues. And they better act fast before regulators take action for them.

Do you think when John F. Kennedy asked Americans to serve their country he meant that they should become reporters? While JFK helped create the Peace Corps, which became the template for programs like AmeriCorps and Teach for America, there’s now Report for America or RFA, a new initiative announced at the Google News Lab Summit. The goal is to place 1,000 journalists in local newsrooms across the United States in the next five years. A key difference between RFA and the other programs is the lack of government funding; instead the cost of the journalists’ salaries will be split by Report for America, the participating newsroom and local donors. RFA itself has funding from the Knight Foundation, Lenfest Institute, the Galloway Family Foundation and support from Google News Lab, the Solutions Journalism Network and the Center for Investigative Reporting. The latter groups will help train reporters in the program.

Journalists and newsrooms must both apply to participate. The application process will be competitive; reporters will need to show they have the skills to make an immediate impact, and newsrooms will need to show that they’ll use the reporter to cover important civic topics. As RFA co-founder Steven Waldman told Poynter: “This program will not succeed unless the reporters are doing really good work. It can’t just be a nice thing for the reporters.” Like the other public service programs, the reporter would only be funded for a year of service. After that, the news organization and local funders would have to figure out a way to keep the reporter on the job, or risk losing their gains. But one interesting aspect of the program is that the reporters will also need to do community service by helping local high schools with student media or convening community meetings around their reporting topics. Report for America is one of many promising efforts to rejuvenate local journalism, so we’ll keep an eye on their progress.

Can Pepe the Frog be rehabilitated? That’s the central question at the heart of Matt Furie’s legal action against alt-right figures using his cartoon.  Pepe the Frog’s character was originally created for Furie’s comic book Boy’s Club but was killed off this May. Since his creation, Furie’s bug-eyed frog has morphed from an innocuous internet meme to a symbol of hate recognized by the Anti-Defamation League — a status which was solidified in last year’s election. To combat this perception, Furie’s lawyers have been sending out cease and desist letters to alt-right figures such as Mike Cernovich and Baked Alaska, and issuing Digital Millennium Copyright Act takedown requests to Amazon and Reddit. And he’s had some success as Amazon and Google Play have yanked unauthorized Pepe products from their stores.

But as Motherboard’s Matthew Gault reported, many of those alt-right figures aren’t backing down. They’re calling it the Great Meme War II, and have vowed to fight back, saying they have “fair use” rights to Pepe’s image and that the trademark for the frog had expired. Gault noted that a copyright can be inherent and registered at any time, and it can be enforced selectively. That means Furie can allow use of the frog in less hateful environments, and sue people who use it to spread white supremacist memes. While it would be difficult to pull down all uses of Pepe around the internet, Furie can make it harder for people to profit off the image with shirts, podcasts and other commercial endeavors. As one of Furie’s lawyers told Motherboard: “Anyone who’s using Pepe and profiting off of it should be very concerned.” We’ll see if any of these cases lead to a courtroom.