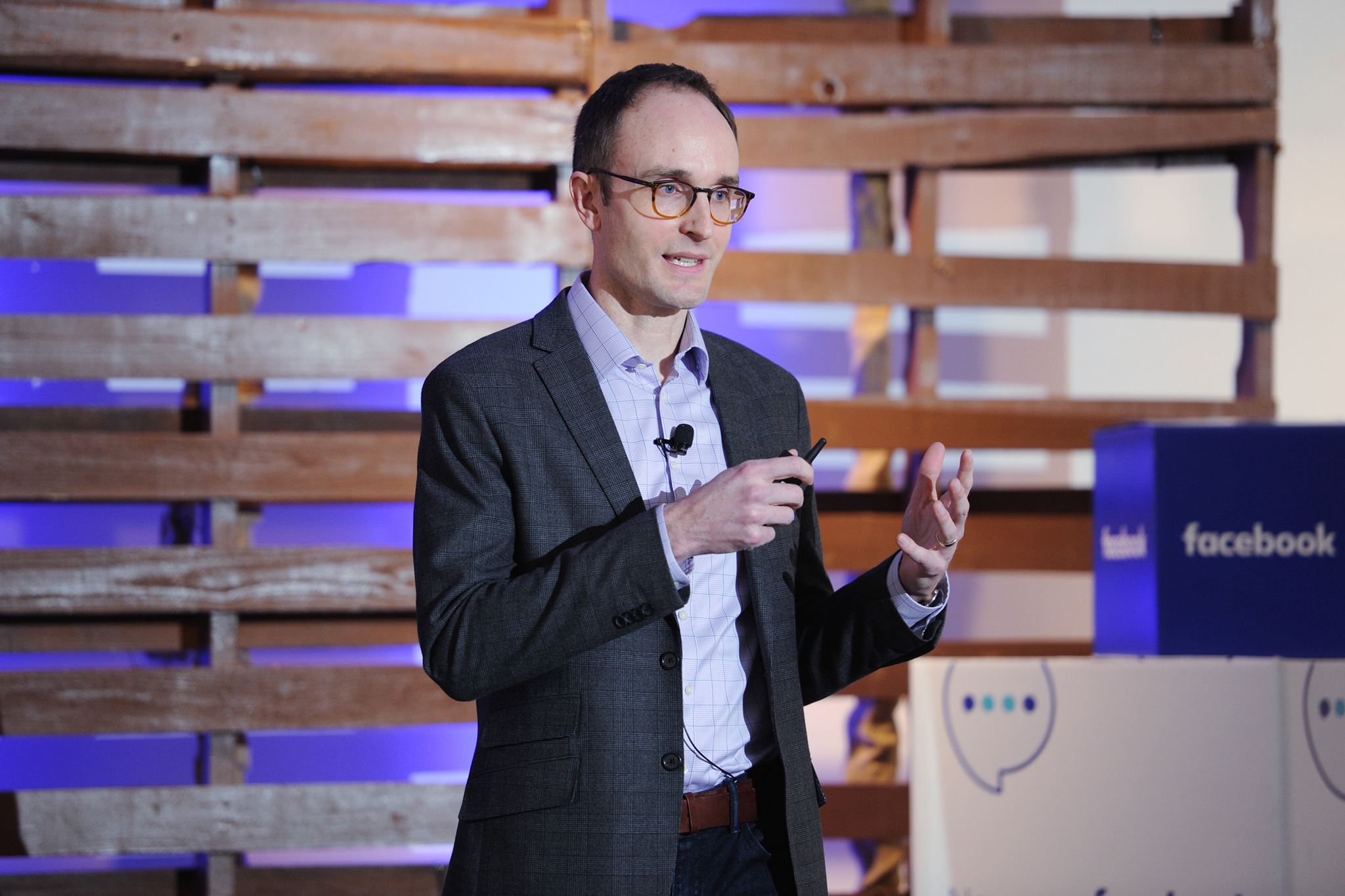 Facebook's news partnerships manager Jason White joins the MediaShift Podcast to talk about the Facebook Journalism Project and how they are working with publishers to bring you the news. (Facebook)

In the news this week, Apple announced its new line of iPhones, including a $1000 iPhone X and Apple TV with 4K support. Can it win at higher price points? And Google, Facebook and other tech giants are coming under pressure from conservatives and liberals for their growing power, which could lead to government regulation. And with hurricanes Harvey and Irma there was increased saturation video coverage from the Washington Post, as well as questions about TV correspondents being blown around in the storms. Our Metric of the Week is Feature Metrics, and Facebook’s Jason White joins us to discuss the social giant’s moves to work better with publishers and ferret out fake news.

“It’s the first time we’ve introduced this kind of friction within the Facebook ecosystem so we’re going to be really careful. We’re going to move really slowly on this one.” - Jason White on adding paywalls to Instant Articles

Jason White is the U.S. news partnerships manager for Facebook. His team is responsible for the platform’s relationships with news organizations across a variety of product areas. Jason and his team were instrumental in the rollout of video on Facebook, Instant Articles, and Live video. Jason joined Facebook after a dozen years as a writer, producer and editor for the PBS NewsHour, NBC News, and CNN.

Will Apple’s Move to the High End Work?

Once again, Apple announced a slate of new iPhones and gadgets to an adoring group of tech pundits and reviewers. But there were a couple differences this time: First, Apple unveiled the new products at its new spaceship-like campus in Cupertino in the lush Steve Jobs Theater. Even the railings for the stairs were designed to help your hand grip them better. But even bigger: the new iPhones, Apple TV and Watch are all considerably more expensive than previous models and the competition. It was the coming out party for the 10th anniversary of the iPhone with the expensive iPhone X that costs a thousand dollars. Wow. With the new iPhone 8 and iPhone 8 Plus, there are now eight different iPhones to choose from. And that doesn’t include color or storage options. And the new Apple Watch will have cellular data support so it doesn’t have to be tethered to your phone.

According to Bloomberg’s Shira Ovide , the average price of an iPhone has been rising with the base iPhone 8 just shy of the $700 mark. With higher prices, that means Apple can make more per unit, and continue to grow revenues faster than unit sales. So why should we care about that fancy new phone with more glass and face-recognition to unlock it? Because it gives Apple breathing room to update other products like Apple TV. And speaking of Apple TV, the company also announced a new model that would support 4K and HDR. The newest version of Apple TV will cost $179, the same price as the last generation but at a much higher price point than competitors like Roku. The device will also be available to more countries outside the U.S. and will add a Sports tab for watching live sports. The Sports tab will also keep you updated on your favorite teams and their progress via notifications. Once again, it’s a lot of incremental updates for Apple — with a bigger price tag.

Is Regulation Coming for the Tech Giants?

There has been a drip, drip, drip of complaints about the growing power of Google, Facebook, Amazon and other tech giants. But the outcry has grown even louder as Facebook admitted it sold ads to a Russian-backed propaganda campaign during last year’s U.S. election. And Google helped to unseat an anti-monopoly analyst at the New America Foundation. As BuzzFeed’s Ben Smith writes: “The new corporate leviathans that used to be seen as bright new avatars of American innovation are increasingly portrayed as sinister new centers of unaccountable power, a transformation likely to have major consequences for the industry and for American politics.” Smith notes that everyone from Bernie Sanders to Steve Bannon, from Tucker Carlson to Franklin Foer, have come out in favor of treating tech companies as utilities. Their days of coasting along with a pass from the government are ending.

FEC commissioner Ellen Weintraub is calling for new regulations on political advocacy on the internet so the public can see who’s paying for political ads. She also wants Facebook, Google and Twitter to step in and help advise the creation of disclosure rules. And she’s not the only one calling for more regulation, Democratic Senator Mark Warner told reporters he’d like digital ad regulations to be brought up to date, and The Intercept’s Sam Biddle wrote that Mark Zuckerberg should testify before Congress. But is regulation the answer? Leonid Bershidsky writes in Bloomberg that the companies have been given a pass because they say they’re tech innovators when really Amazon is a mostly a retailer and Google and Facebook are media companies. If Facebook was liable for content like a media company is it would have to monitor posts more closely. Bershidsky thinks that applying existing rules to the tech giants would open them up for competition. But in the end, something has to give, and the tech companies will need to change — or the government might well step in.

Hurricane Coverage Goes All Over the Map

The U.S. and Caribbean islands have been inundated by back-to-back hurricanes that caused flooding, destruction and deaths. And as storm detection and warnings get more tech-savvy so does the media coverage. The Washington Post, for example, boosted its video staff by 50% over the past couple years and has been a case study in how more video can better serve an audience, with more than 1,000 videos produced during Hurricanes Harvey and Irma. The Post’s director of video, Micah Gelman, told Poynter’s James Warren that the Post assembled a large team of mobile journalists comprised of several staffers as well as freelancers and sent them to Texas and Florida. Coverage included live-streams for social media as well as longer feature stories. Gelman acknowledges that covering the storms was expensive, telling Poynter that “We’re spending what we need to spend. We obviously want to be good stewards of the company’s money, but we have to be aggressive about coverage.”

In the midst of the hurricane coverage, a media controversy was brewing over the decision to send reporters out into the storm while those same reporters were warning of the dangers of being outside. Of course, the images of hurricane gusts nearly bowling over reporters was compelling TV, and that’s why reporters have been doing it for decades. As the New York Times’ Sopan Deb wrote, the rise of social media has led to a chorus of voices pushing back against this idea. As one person put it on Twitter: “Do TV reporters think we wouldn’t believe there’s a hurricane blowing unless they stood in the middle of it?” Of course, reporters say that showing people video evidence of the strength of the storm will keep people from going out. But the Chicago Tribune’s Dahleen Glanton charged that networks “took advantage of a heartbreaking situation and made a mockery of it.” The coverage she found was too often “manufactured drama” without much useful information for those being affected by the storms.

– Snapchat decided to add college newspapers to Discover, their walled garden of content.

– eMarketer had to lower its outlook for TV advertising as more people are expected to cut the cord on pay TV this year.

–  And a new streaming bundle is coming from Discovery, Viacom, Scripps and AMC Networks for people who don’t like sports.