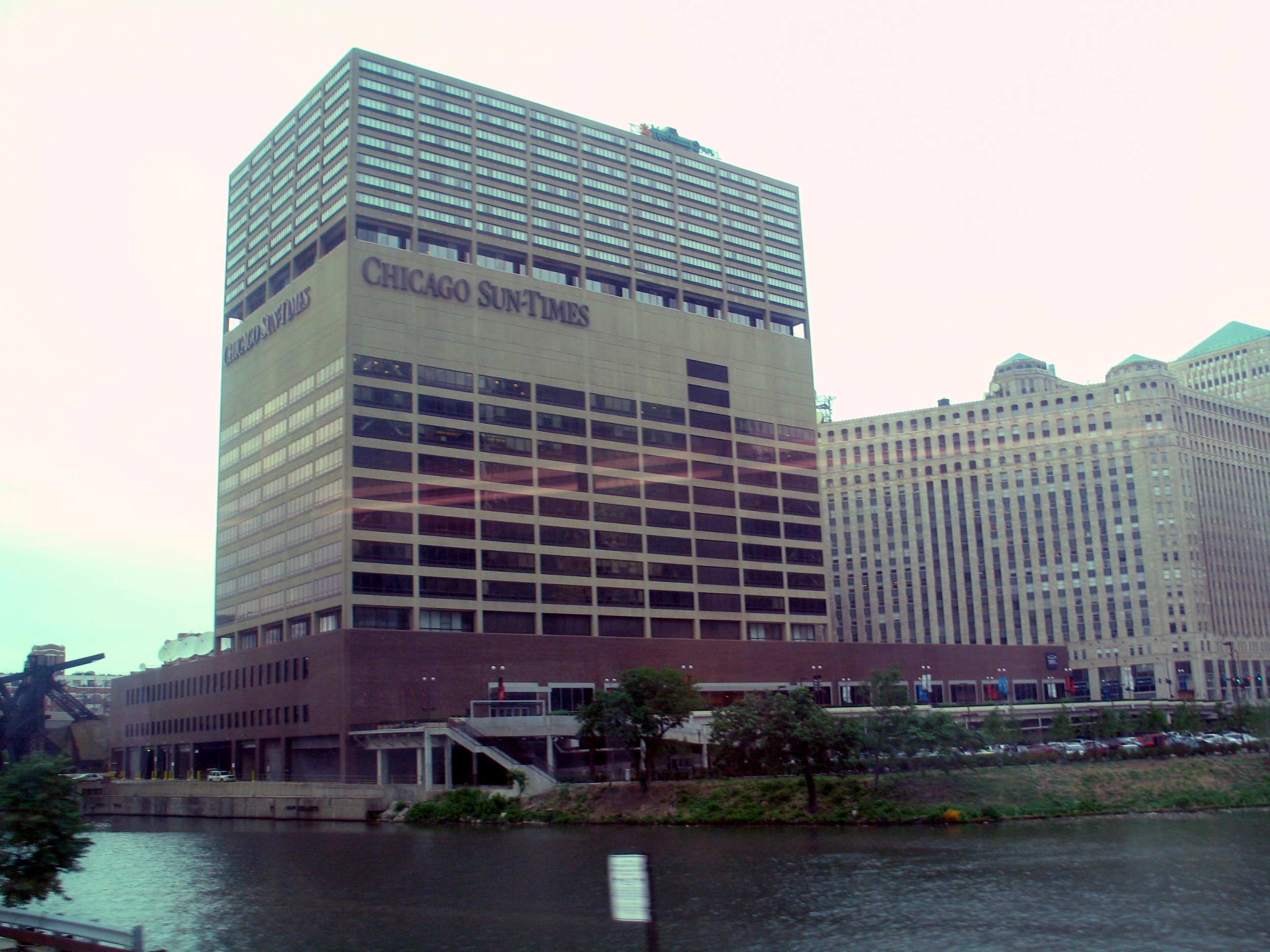 For half the $2 cover price of a single Sunday Sun-Times, a former Chicago Alderman, Edwin Eisendrath, and an investor group bought the newspaper last Wednesday.

A buck – along with a pledge to spend $11.2 million – is about as low as it gets for a news operation, but Eisendrath, who also is managing partner at StrateSphere, might have negotiated the best media deal in history. Time will tell.

"We actually think we are going to grow subscriptions...We want to focus on the genuine lives of Chicagoans – and stories that matter." -Edwin Eisendrath

The price doesn’t actually reflect the market value, because competitor tronc, better known as the former Tribune Publishing, was willing to pay more. Consider Tribune Publishing bought the old Pioneer Press suburban chain from the Sun-Times for $23.5 million in October 2014, according to Tribune reporter Rick Kogan.

The new Sun-Times will focus on local news and will not abandon its traditional audiences, but it will look for ways to tell stories on mobile where millennials are consuming most of their news, Edwin Eisendrath told me Friday. “We actually think we are going to grow subscriptions.” He sees the Sun-Times’ strengths as its coverage of sports, politics and investigations – all local news.

“We want to focus on the genuine lives of Chicagoans – and stories that matter,” he said. “We think that can be successful. Our competition endorsed Gary Johnson to be President of the United States. We think that’s not really relevant.”

The $1 acquisition price, reported by Crain’s Chicago Business, reflects the will of a small group of passionate news hounds who weren’t about to let the rival win without a fight. Among the investors is the Chicago Federation of Labor, and Federation president Jorge Ramirez will serve as chairman of the Sun-Times, the Chicago Tribune reported. With the announcement, the antitrust division of the U.S. Justice Department announced it was closing its investigation of the proposed tronc acquisition. The Chicago market correctly determined a merger was not in the best interests of Chicagoans.

Count me among those journalists who filed a petition with the government to remind the powers that be that the news industry isn’t just another business. Journalism is the voice of the underdog in America. It has the power to help correct injustices when individuals have nowhere else to turn. In a city and state known far and wide for its corruption, journalism might be the best force for change.

Two newspapers are better than one

A two-newspaper town is definitely better than a one-newspaper town. Eisendrath, who will serve as CEO of the new ST Acquisitions Holdings LLC, brings turnaround experience from his work as the Federal Administrative Receiver for public housing authorities, according to his bio on StrateSphere.com. He plans to cater to millennials with more digital news on sports and politics.

To build circulation and add news across digital platforms, he’ll have to act quickly to generate cash flow. Most news organizations have been watching their cash flow dwindle, as digital advertising migrates to Google and Facebook.

“The people who are making money hand over fist are Google and Facebook. They are sopping up well over two-thirds of the advertising dollars [online],” says Alan Mutter, a journalism lecturer at the University of California-Berkeley Graduate School of Journalism, who is an investor in both digital companies. But they are doing it off the backs of news organizations. “They are making money because not only do they have this vast revenue, but they have nobody on the staff getting paid to make videos or tweet or write stories or do investigations,” said Mutter, who has led three startups in Silicon Valley.

But Mutter acknowledges journalism has a purpose distinct from entertainment and it’s a difficult business proposition. “Nobody’s making money per se on journalism,” he says.

When asked if he ever expected to own a newspaper, Eisendrath said, “No – did not.” But as a former Chicagoan alderman, who also opposed Rod Blagojevich in 2006 in the Democratic primary for Governor, he has been part of the local story. He was motivated to bid for the Sun-Times by those who opposed the tronc merger. On the job for just two days, he said Friday he was going to increase subscriptions, lower occupancy costs significantly and start to build a digital presence. He plans to begin integrating AnswersMedia with the Sun-Times and recruiting.

“I think we are well-positioned to move forward,” Eisendrath said. “This optimist is not naïve. There is an enormous amount of work to do. But we’re going to do this in a smart way – in chunks we can absorb.”

But will it work? Some say they’ve seen this type of optimism before.

“They’re fighting not only to build and to rethink the digital business, but they’re trying to preserve what’s left of the traditional print revenues. Can they do it? The answer is, of course, I hope they can,” says Mutter, who was city editor of the Sun-Times until 1984. Shortly after Rupert Murdoch and News Corp. acquired the paper and other assets for about $100 million in January 1984, Mutter moved to San Francisco to join the Chronicle and then joined cable television company InterMedia. Murdoch sold the Sun-Times in 1986 to Publisher Robert Page and other investors for $145 million, the Chicago Tribune reported.

Four years ago, Eisendrath’s timing might have been better. While Michael Ferro was chairman of Wrapports from 2011 to early 2016, the Sun-Times was decimated, by local media accounts. Among other disastrous moves under Ferro’s helm, the Sun-Times eliminated the managing editor role in August 2015 after having combined the editor-in-chief position with publisher. Suddenly Editor and Publisher Jim Kirk had three jobs for one paycheck. Investigative reporter Chris Fusco was hired as managing editor in September 2016, after Ferro was gone. If Ferro was so successful running Wrapports, why did he jump ship to the competition? And why donate his equity stake in Wrapports to charity instead of giving it to the Sun-Times itself?

Ferro, who became chairman of tronc Feb. 4, 2016, was an investor in Sun-Times parent Wrapports until March 2016, when he announced he donated his 40 percent stake to “a community trust,” media columnist Robert Feder reported, citing comments from Tribune Publishing’s then chief financial officer Sandra Martin who left the company in April 2016, according to her LinkedIn profile. Ferro is also the chairman of the Chicago Community Trust, but according to a Chicago Tribune news account published July 13, 2017, he donated the stake to the California Community Foundation. Why Ferro took the goodwill generated by Chicago Sun-Times readers and advertisers and gave the proceeds to Los Angeles is a question only he can answer. Best practices for nonprofit mergers suggest assets from one organization should be transferred to an organization with a similar mission, but the California Community Foundation doesn’t list journalism among the missions it funds. Granted, Ferro owned a for-profit stake, and perhaps it was his to do with as he liked. But now that the Sun-Times has sold for a dollar, exactly how much Ferro took from Wrapports and how his stake was valued becomes an interesting question. I’ve asked the California Community Foundation how much Ferro donated but didn’t get a response in time for this column. If this is true, perhaps the foundation will rebate the funds and return them to the Sun-Times. Call it a mistake.

Whlie at tronc, Ferro has been poaching the Sun-Times’ talent, as Feder has reported in his column. This has happened against a national backdrop of a declining news force. The number of reporters and correspondents left in America was about 40,090 spread throughout 50 states as of May 2016, the Bureau of Labor Statistics says. The Sun-Times has been operating with about 55 union editorial workers, down from several hundred years ago, and the company’s alternative newsmagazine Chicago Reader had about 18, as of a May 31 Tribune report.

The $11.2 million from Eisendrath and his group should support at least 30 months of operation, presumably long enough for the digital innovation to kick in and begin to generate cash flow and eventually profits.

Ann Meyer, a journalist for more than 20 years, is president of L3C Chicago, a provider of reporting, writing, editing, and consulting services specializing in business news and information. The company helped to launch Retail Leader, a magazine and website aimed at senior executives in the food industry. Previously, Meyer wrote business columns for the Chicago Tribune and launched a small business website that was the forerunner to the Tribune’s Blue Sky Innovation focus. Meyer is a graduate of Northwestern’s Medill School of Journalism, where she edited the award-winning journalism review and worked for Pioneer Press. She also has a master’s degree from North Park University’s School of Business and Nonprofit Management and holds honors in business and nonprofit academics. Contact her at [email protected]