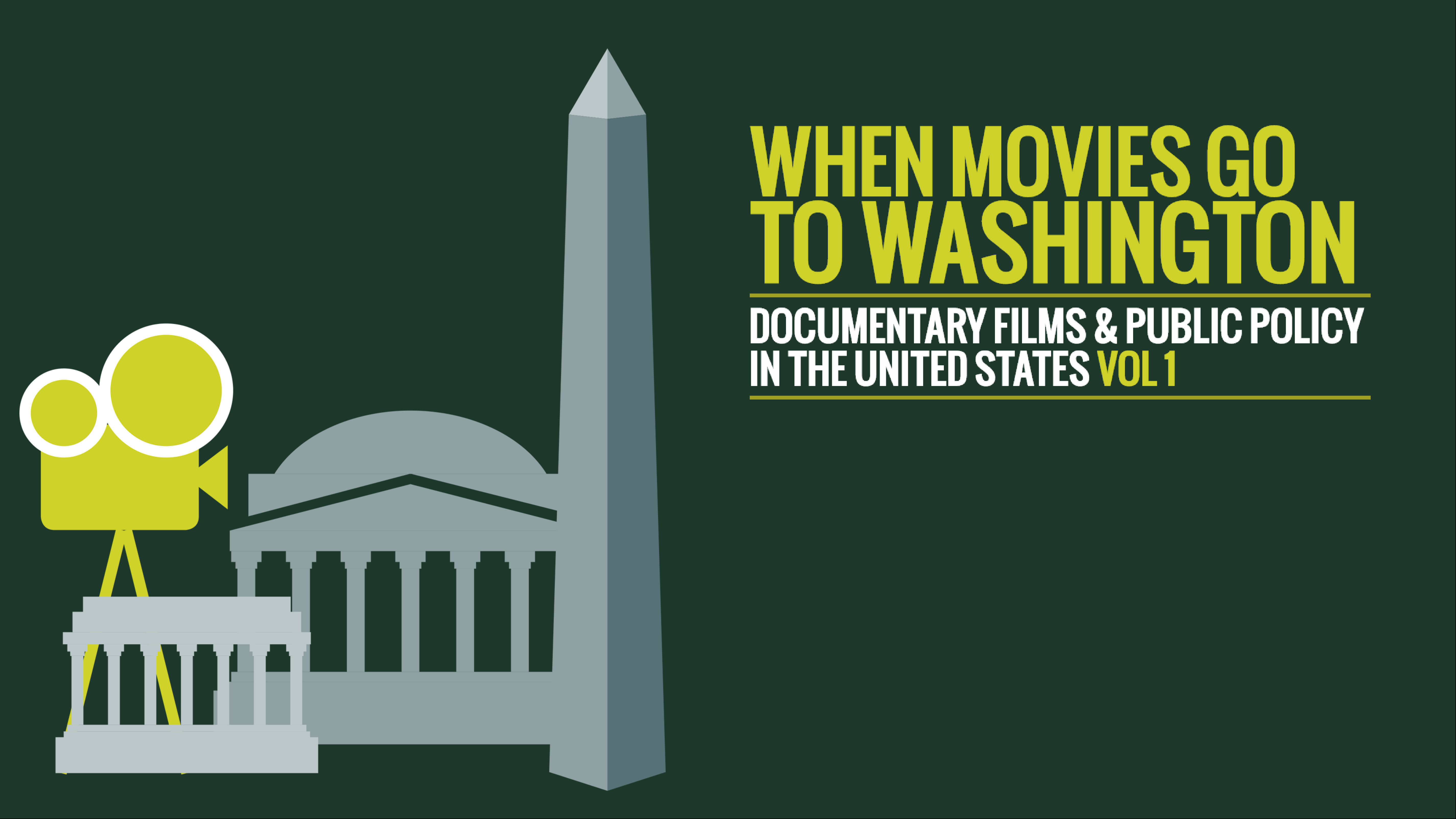 This story is co-authored by Will Jenkins

This week the Center for Media and Social Impact at American University released a new report on how documentary films influence public policy. Here we share the executive summary you can read the full report here.

Film teams should be prepared to talk in ways that align the values of the story with the values and objectives of the policymakers.

Over the past few decades, an increased number of social-issue documentary film teams have endeavored to fuel policy shifts in the United States — that is, to influence legislation, regulation, enforcement and the views of policymakers related to key social issues on the federal, state and local levels. Indeed, Capitol Hill screenings in Washington, D.C., have become regular rites of passage. But while anecdotal stories of Hill screenings abound, a deeper strategic and tactical understanding about how social-issue documentary films contribute to policy is harder to ascertain. Documentary filmmakers and policymakers operate in different worlds with distinct agendas and ways of doing business. And yet, they are often able to come together in mutually beneficial ways.

When Movies Come to Washington provides inside perspectives from policymakers, filmmakers and advocacy leaders who have successfully contributed to shifting or creating policy agendas with the help of documentary films. The report offers documentary film teams tips for engagement with the federal public policy arena. While social-issue documentary filmmakers certainly don’t need to transform themselves into finely-tuned policy experts, understanding the basics and some insider tips can make the difference in a policy strategy’s effectiveness. It may also provide filmmakers with the ability to fully vet impact strategy teams who may work alongside them. Additionally, a fuller understanding of the policymaking process can widen opportunities for engagement beyond passing laws alone — to the processes by which those laws are carried out and impact the lives of people outside Washington, D.C.

Photo by InfoWire.dk on Flickr and reused here with Creative Commons license.

Changing policy does not happen quickly, and results may not be apparent until years after a movie has premiered in the entertainment marketplace. However, when a film can successfully align with the social momentum that has been built up by others over time, it can be a catalyst that pushes the issue forward in a dramatic way.

For a film to have federal policy impact, it’s helpful to partner early with the right advocacy groups and associations that focus on the social issue at the heart of a documentary film. Not much gets done in the federal government without advocacy and lobbying efforts, so they are crucial to any policy impact campaign. They are trusted guides and issue experts who maintain strong relationships with members of Congress, congressional staffers, and federal agency leaders and staffers. They can help film teams understand the precise policy position of a social issue and realistic policy directions – and they can move an issue forward and engage their own considerable grassroots networks.

When developing a public policy impact strategy for a documentary film, it is crucial to understand the current status in the policymaking process of the issue it explores. Has legislation been proposed already? Is this a new issue without legislation? Is existing legislation not being enforced? Answering these questions – with the help of advocacy group policy experts – is key. Understanding the partisan implications of which major party – Republican or Democrat – controls Congress or the White House is essential to a realistic understanding of what is possible at the federal level. (Sometimes it’s best to look to state and local policy if the federal level is gridlocked.)

There are four soft criteria for strategic film teams when considering particular members of Congress or federal agency officials to help support the efforts of the film, in addition to the recommendations from advocacy experts: (1) committee assignment and/or jurisdiction over the issue, (2) local angles of the film and connect to the member of Congress’ home district, (3) established long-time commitment to a social issue, and (4) level of seniority. And increasingly, a record of bipartisan success is crucial – one-party policymaking generally doesn’t progress very far.

Film teams are right to think of policy staffers as the people who do most of the work. If a member of Congress or federal official assigns a project to a staff member, it will have a better chance of moving a policy agenda forward, well beyond the splash of a Capitol Hill screening. Relationships with staff are almost as important as the relationship with the member of Congress and should be nurtured.

Policymakers and their staffers are armed with facts and statistics. What they often don’t have is precisely what a documentary film team can offer: a compelling, intimate, human story that brings an issue to life and captures emotions. In this way, a filmmaker and policymaker agenda can align – the filmmaker provides the crucial intimate human stories. Film teams should be prepared to talk in ways that align the values of the story with the values and objectives of the policymakers.

An intimate story alone is not enough to convince a policymaker to pay attention to a documentary film about a social issue. Knowing the facts of the issue is important for establishing credibility with policymakers, who are less likely to support someone’s personal advocacy agenda than a sound set of facts that back the human stories.

Because policymakers and their busy staffers receive so many requests for their time, it can be challenging for them to watch an entire film. A full suite of optimal versions for policy engagement is ideal. It includes: (1) a two-minute trailer to capture initial attention, (2) five-minute trailers or scene clips for small meetings, (3) a 20-minute cut for a larger meeting and Q&A, and (4) a full-length film for congressional and federal agency screenings.

In today’s federal policy arena, legislation supported only by one major political party generally won’t be successful. Working diligently to develop messages and an understanding of a film’s core social issue – in a way that can be embraced by the values and interests of both Republican and Democratic policy players – is difficult but useful.

Earned media coverage – articles in newspapers, magazines, stories in TV national and local news outlets, even film awards – amplify a message well outside the policy arena of Washington, D.C. Media coverage is a tactical tool that can raise awareness of a supportive public who can mobilize to tell Congress and federal agencies how they feel about an issue. And, at particular points in the policy process, public support can make all the difference. Media coverage for a social-issue documentary is not only an entertainment publicity function but a grassroots coalition tool.

Caty Borum Chattoo is director of the Center for Media & Social Impact and executive in residence at the American University School of Communication in Washington, D.C.