Slow News: How Taking the Time to Listen and Focus Can Help Journalism’s Future 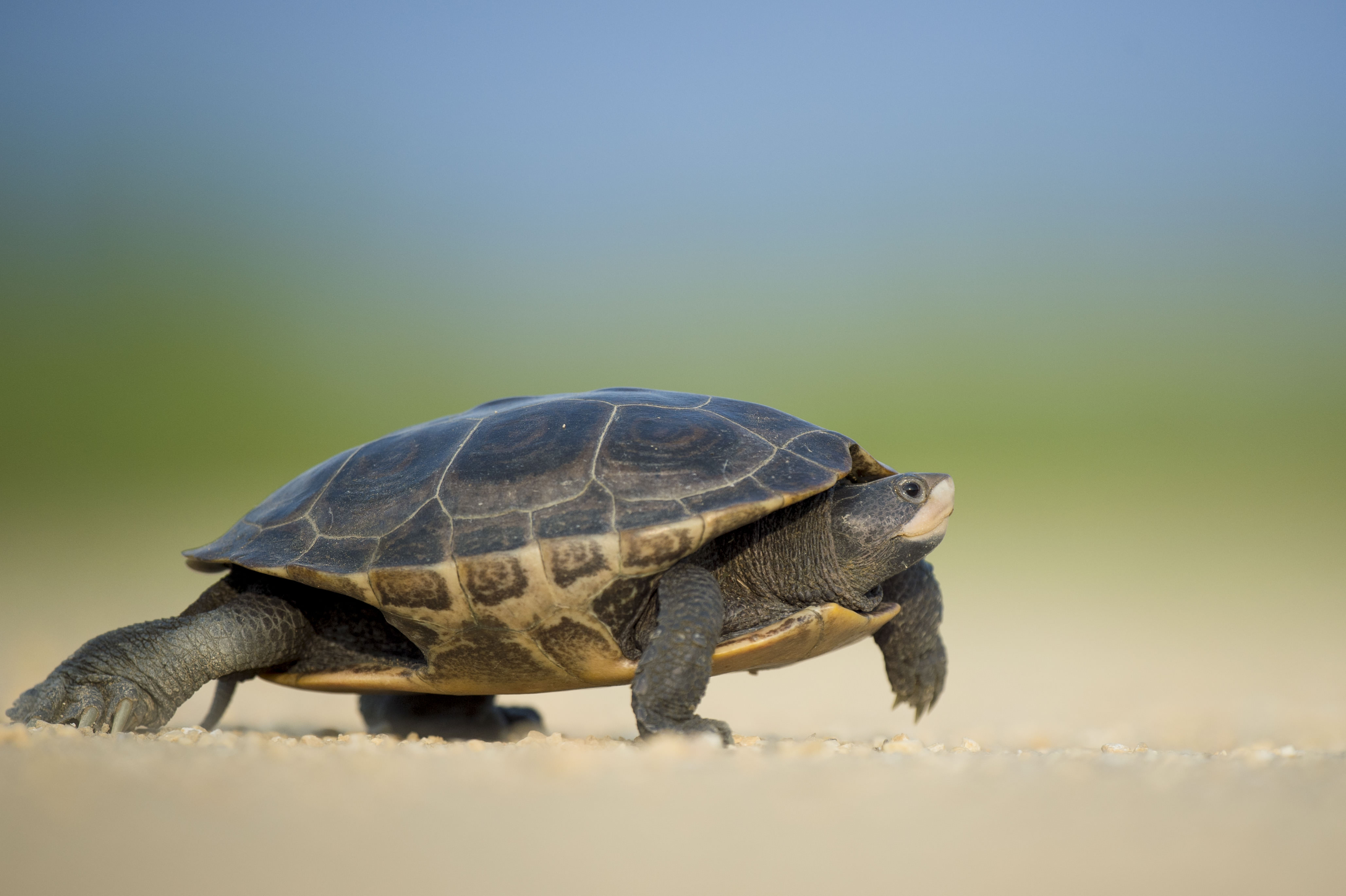 A Diamond Back Terrapin walks across a dirt road on a sunny afternoon. Creative commons photo.

But, last week, whilst attending the 2017 International Journalism Festival in Perugia, Italy, I began to change my mind. Sitting in a beautiful, cool, stone courtyard, sipping espresso and surrounded by promotional material for a local Slow Food festival, I began to sketch out some thoughts for a panel on Slow News that I had been asked to contribute to.

Ensconced in this relaxing environment, I quickly identified several reasons why news consumers, content creators and managers, could all benefit from taking their foot off the gas… Just a little bit.

Photo by Kaboompics and used with Creative Commons license.

My trip corresponded with large bouts of digital abstinence. This was unintended. Six flights in six days, two long train journeys — and consistently overloaded conference Wi-Fi networks — meant I could seldom get online. The experience proved to be rather liberating.

As Andrea Coccia, Chair of the Slow News panel, observed we live in an “age of acceleration.” Being forced to step off the digital hamster wheel was not necessarily a bad thing.

Depending on what studies you read, we reach for our phone between 150 – 2,617 times a day. Digital distractions are contributing to shorter attention spans (8 seconds is the average, a 2015 Microsoft study found, which is less than a goldfish), increased media-stacking (conducting multiple media activities at the same time) and resulting in TV becoming the second screen in most living rooms.

The volume of content we are exposed to, or that we feel we must watch is overwhelming. Keeping up can be exhausting. No wonder that some people listen to podcasts at 1.5x their original speed, or watch videos on Khan Academy quicker than their producers ever intended.

Many consumers, in an effort to manage this digital deluge, are turning to time-saving products and services. The rise of newsletters, apps like Nuzzel, digital newsstands such as Apple News, or publications like The Week, are just some of the ways we can graze content more time effectively.

As the tech journalist Neil S W Murray recently reflected, newsletters “are the new Sunday papers.” Readers — too busy to read round-ups from Quartz, Next Draft, The Skimm et al during the working week — can consume them (and the links therein) more leisurely at the weekend.

In this space, there are two clear areas where there may be benefits to slowing down.

The first is in the all-important area of trust. Our profession is held in low esteem by much of the population. Confidence in the mass media among Americans’ “to report the news fully, accurately and fairly,” its lowest level since 1972, Gallup tells us, when they first started to ask this question.

In a climate of “Fake News” — where journalists are depicted as “enemies of the people” — mistakes are jumped on to reinforce an existing bias. Witness the reaction to Time Magazine’s erroneous reporting that the Martin Luther King bust had been removed from the Oval Office. The correction, which was issued super-speedily, didn’t get in the way of political points-scoring. The ability to put your hand up, say we got it wrong, correct it, and move on, simply won’t fly in the current hyper-partisan environment.

Against this backdrop, fact-checking becomes more important than ever. As does efforts – such as those espoused by Hearken and my colleagues at the Agora Journalism Center – to promote new forms of engaged journalism. We need to rebuild trust with audiences by showing our workings, engaging with audiences throughout the journalistic process and ascertaining what questions our audiences want us to address.

Journalists can no longer, arrogantly assume, they know best. Taking a step back to listen to our audience — and to understand what they are telling us — may contribute to better output.

The need to slow down can also be beneficial for many reporters working with eyewitness media. As Sam Dubberley, Manager at Amnesty Online‘s digital verification corps and Co-Founder of the Eyewitness Media Hub has commented:

“Using eyewitness media is not just about finding content on Twitter and quickly publishing it. News organizations need to remember they have a duty of care towards those whose content they use. How to use eyewitness media should be part of every journalist’s toolkit.”

Journalists have a duty of care to people who have seen terrible things. They’re not just a source. We need to ensure that we don’t lose sight of our humanity in the search for a story. That’s a sentiment that’s applicable to how we treat our sources, stringers and staffers.

And, of course, slowing down may also help to avoid situations – such as in the San Bernardino shooting – where journalists were trolled by the public. The late Steve Buttry’s analysis of this case is essential reading for any journalist who wants to ensure that the same thing doesn’t happen to them.

In this context, it’s perhaps surprising how few publications have rationalized the beats they cover. In an attempt to preserve previous levels of coverage, few outlets have reduced the range of content they offer. Instead, doing more with less, seems to be the order of the day.

This seems rather nonsensical, in many cases. Newsrooms may be better served slowing down, prioritizing and identifying where to they can have the most impact with the depleted resources at their disposal.

“You can do anything, but you can’t everything” Billy Penn’s Jim Brady memorably told me last year (as part of a research project into the future of local journalism which is coming soon). More media organizations would do well to heed this idea.

Technology, digital distribution tools and an on-demand information economy make it easier than ever for us to create our own news habits. Journalists and media creators need to double-down on rebuilding trust and caring for their staff and sources, whilst at the same time understanding the realities of modern-day news and information consumption.

This understanding can shape creative output. Quartz notably found that audiences loved the short – and long – form content, but not the 800-word stuff in the middle.

Meanwhile, the resilience of long-form content (ranging from the Guardian’s long reads, through to New Yorker profiles or podcast series such as S-Town) plays against the narrative of a world which is speeding up and where attention spans are dramatically reduced. Sometimes, audiences want to – and indeed do – slow down.

Other times, they don’t. And that’s fine. Our job is to rise to that challenge.

We need to become more comfortable producing short-form content (a real art), finding creative ways to deliver long-form by stealth (viz. the original Circa news app, or early Vice videos on Snapchat Discover) or simply marching to a different timescale (as manifest in the work done by many local Weeklies/Alt Weeklies).

Slow News won’t be for everyone, but — as consumers and content creators — we can all benefit from decelerating every once in a while.

Correction: The piece has been updated to correct which bust Time Magazine erroneously reported was removed Oval Office.

He originally presented some of these thoughts at the 2017 International Journalism Festival as part of a panel on “The breaking news scramble and digital detox.”