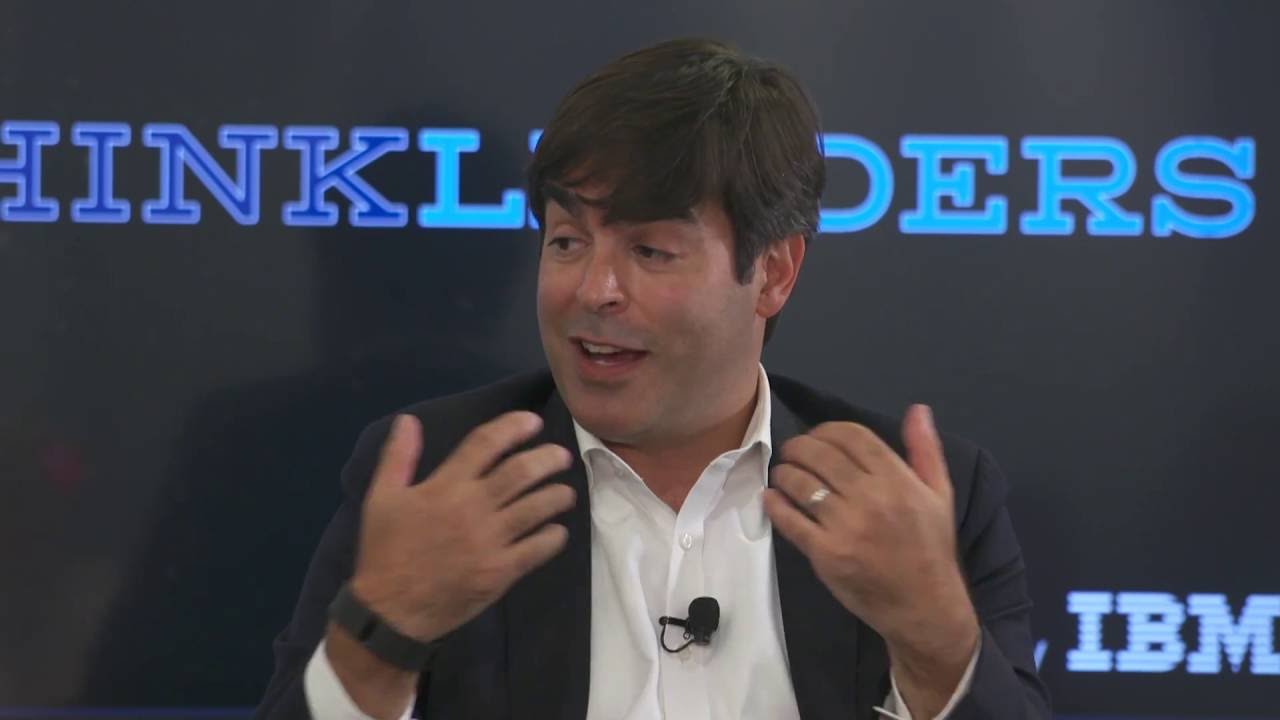 In the news this week, the same Russian hackers who broke into DNC emails are trying to wreak havoc in the French presidential election — but to no avail so far. Social media laggard Twitter finally rebounds with higher profits and a growing user base, plus a push into 24/7 live-streaming video. Will it be enough to keep up with larger rivals? And Wikipedia founder Jimmy Wales is starting a crowdfunding campaign for Wikitribune, where paid journalists will work alongside a crowd of unpaid fact-checkers to fight fake news. Our Metric of the Week is “Fundraising Metrics” and Nick Ascheim, senior VP at NBC News Digital joins us to talk about their hiring binge and success turning off those annoying auto-play videos.

"I think we're motivated by many similar things which is incredibly helpful and we've also looked to learn from each other's cultures." - NBC's News Digital's Nick Aschiem on working with digital native companies Buzzfeed and Vox.

Nick Ascheim is Senior Vice President of Digital at NBC News and MSNBC. He oversees all digital businesses for the NBCUniversal News Group. Nick joined NBCUniversal in November 2015 from BBC Worldwide America. Before that Nick held digital leadership positions at both the Associated Press and the New York Times, where he worked on digital strategy and product management.

Welcome to the “new normal.” Political junkies who’ve been following the French presidential election have noted the parallels our recent election last year. Most notably, the rise of an outsider candidate riding a wave of anti-immigrant and Islamophobic sentiment — in this case Marine Le Pen coming in second and going to a runoff with centrist candidate Emmanuel Macron. But this week we learned of another unfortunate parallel to the American presidential election — evidence of Russian hackers trying to sway the vote for Le Pen. You’ll remember that last year the Democratic National Committee was hacked by Russians, and their personal emails were released through WikiLeaks. The C.I.A concluded a Russian-backed group was behind the attack. According to cyber-security firm Trend Micro, the same group tried to hack associates of Emmanuel Macron, the favorite to win in France’s presidential election. Reports suggest the hackers used similar techniques as the DNC hack to target Macron’s campaign.

But the difference this time is that Macron not only has thwarted the attack but he’s fighting back, according to The Daily Beast’s Christopher Dickey. First, the French presidential candidate refused to give Russian-backed news sources, RT France and Sputnik, press accreditation during the last phase of the campaign. Even more, Mounir Mahjoubi, head of Macron’s digital team, told Dickey that they actually mounted a counter-offensive of sorts. The spear-phishing attacks typically try to get people to log-in with their credentials to a site that looks very similar to their usual email log-in page. Mahjoubi said that the campaign has been sending out lists of suspicious email addresses to team members on a weekly basis, and filling in those phishing forms with fake data to throw off the attackers. Not only will Macron need to battle Le Pen in the bruising presidential campaign — he’ll also have to fend off continuing cyber-hacks and fake news stories. As cyber-intelligence expert Tom Kellerman told the New York Times: “This is the new normal. Geopolitical events will now serve as harbingers for these types of attacks.”

Twitter Bounces Back and Goes All-In on ‘Ambient’ Live Video

The social network with the little bird finally takes flight after a long string of stagnant quarters with little user growth. In the first quarter, Twitter surprised with 9 million new users, the most its added since early 2015, with profits hitting 11 cents a share vs. just 1 cent per share predicted by Wall Street analysts. The news sent Twitter stock soaring 10%, as it had been in the dumps since a potential buyout last year fizzled. Still, Twitter’s revenues were down year-over-year, even as usage rose. CEO Jack Dorsey noted that user growth was likely due to changes in the algorithm, product and curbing abuse to improve the experience. The site’s daily usage numbers were up 14% year-over-year as well.  As TechCrunch’s Matthew Lynley noted, Twitter is battling activist investors and strong competitors like Facebook and Snapchat and will need to keep delivering a string of quarterly hits to appease advertisers and Wall Street.

One area that’s been a bright spot for Twitter has been in live video streaming. While its NFL deal last year helped kick-start those efforts, it lost the deal to Amazon this year. No matter. As Twitter COO Anthony Nolo told BuzzFeed’s Alex Kantrowitz, the company is going all-in with streaming video, with programming planned to go 24 hours a day, 7 days a week. And that’s a nice lead-in to Twitter’s plans to present at the NewFronts, the glitzy pitches from digital publishers to big advertisers. In fact, others like Fullscreen, Yahoo, and BuzzFeed have dropped out of the NewFronts, but Twitter is full steam ahead. And its angle is a little different than the others, with people watching their video more in the background as they do other things throughout the day. As Kantrowitz put it, that would be like what CNBC and CNN get when they’re broadcast in airports. Jeremy Liew of Lightspeed Venture Partners called it “ambient digital video,” and Twitter has the potential to become its biggest purveyor. As long as those user numbers keep growing.

Another tech titan is stepping into the fight against fake news. Craig Newmark, the founder of Craigslist and our guest in last week’s podcast, has funded various initiatives and non-profits through his philanthropy, and so too has eBay founder Pierre Omidyar, while former Microsoft CEO Steve Ballmer just released a massive trove of government spending data. The latest to join them is Wikipedia founder Jimmy Wales who announced this week a news platform called Wikitribune. Like Wikipedia, the new site will rely on an army of volunteers to check facts and will be driven by donations rather than ads. But unlike Wikipedia, and Wikipedia’s own news site, Wikinews, Wikitribune will employ 10 paid journalists to do original reporting on global news stories. The site, which has no direct connection to Wikipedia, has a month-long crowdfunding campaign going, and already funded 3 paid journalists within the first 2 days of the campaign.

Wales told Wired that programmatic advertising has led to a “race to the bottom” and made some media organizations unsustainable. It’s still unclear whether an army of unpaid volunteers will be effective in fact-checking the news. Wikipedia has had problems with false or misleading information appearing on its site — and has an army of regular users and editors who are tasked with cleaning up vandalism. Those problems may be mitigated by the presence of professional journalists, but they’ll still have to work alongside unpaid volunteers who could lead the journalists down a million rabbit holes. Wikitribune says its aim is to fix the broken news system, and that it will make its news “easily verified and improved.” Fortune’s Mathew Ingram points out all the failed crowdfunding ventures in the past for news, from Spot.us to Beacon Reader, but notes that Wales has a chance to do better because of his past success with Wikipedia. The Atlantic’s Adrienne LaFrance is less optimistic, saying that asking people to fund a news venture and work for free as editors and fact-checkers is going too far. One thing’s for sure: it’ll be a fun experiment to watch. Get the popcorn popping!