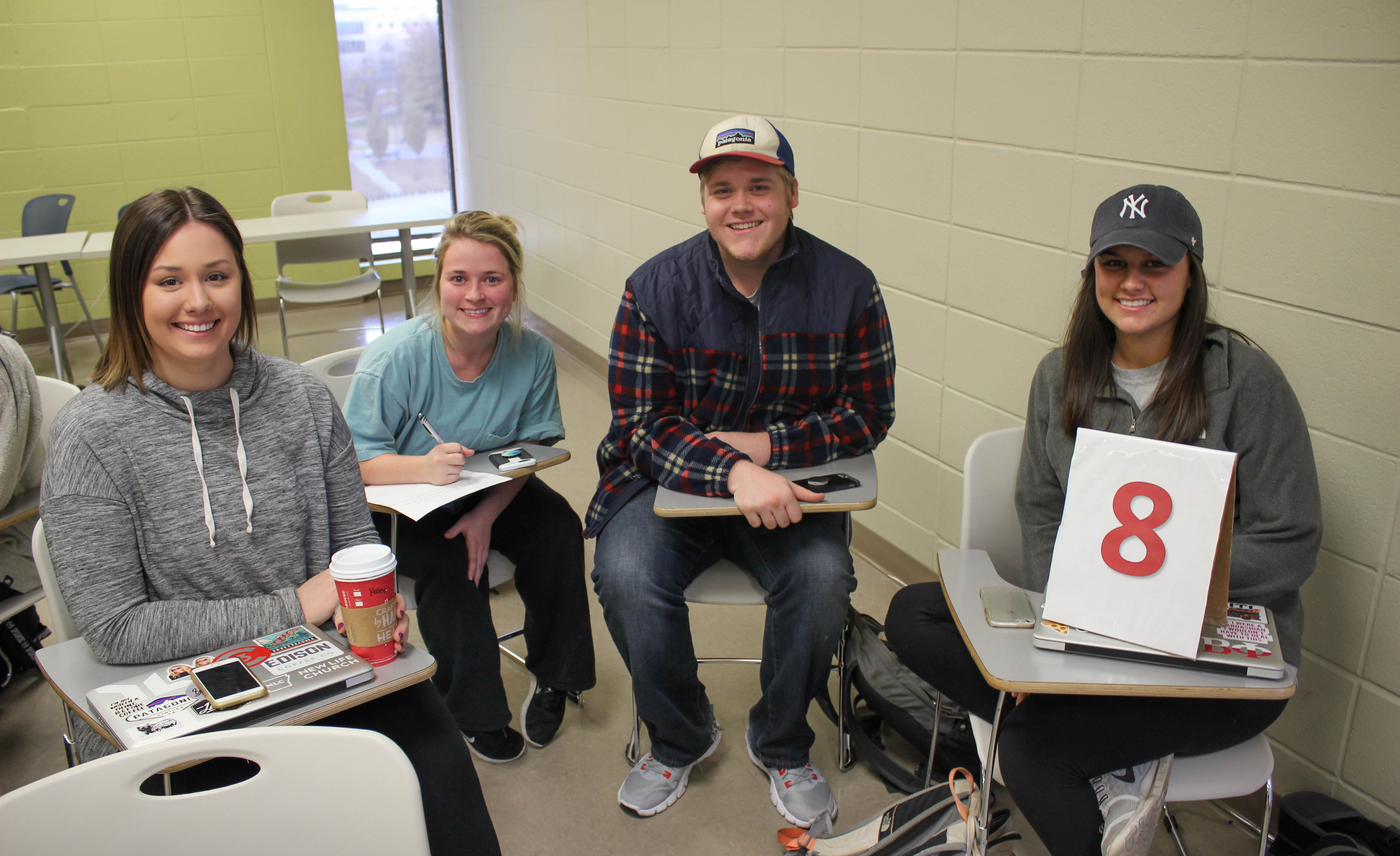 Students hate group projects – that’s what I was told before my University of Arkansas journalism ethics class sought to study the role of media during the 2016 presidential general-election campaign.

Nonetheless, fortified by plenty of pizza and the knowledge that the election would be an historic one, my students managed to sift through more than 3,000 tweets, commercials, newspaper stories, and TV news reports in the course of documenting a campaign that they found shrouded in negativity.

Students managed to sift through more than 3,000 tweets, commercials, newspaper stories, and TV news reports in the course of documenting a campaign that they found shrouded in negativity.

The students determined that Republican candidate Donald Trump was the subject of twice as many negative newspaper stories and more than six times more negative television news segments than his Democratic opponent, Hillary Clinton. The candidates helped fuel that negativity, most prominently through their use of Twitter. Though Clinton had more than twice as many positive tweets as Trump, she also had more than double the amount of negative ones. Similarly, though Clinton ran almost twice as many positive ads as her opponent, she also ran nearly a third more negative ones than Trump.

“It was shocking how negative they were toward each other,” one group of students wrote of the candidates. “It was annoying how they would avoid questions about their past. It was crazy how much they tweeted.”

If it takes a village to raise a child, as one of the candidates famously espoused, one needs a campus to help birth such a massive project. The staff at the Center for Ethics in Journalism joined with web experts on campus to help bring the students’ findings to the public.

A key assist came a week before the Fall 2016 semester began from the university’s teaching and faculty support center, which included a breakout session on group projects as part of its start-of-the-school-year workshop. We were told that these projects offered great opportunities to develop collaborative skills but also drew complaints from top students that they always seemed to get left doing most of the work. One proposed solution was to allow students to police their own groups by giving them the power to vote slackers off the island, so to speak. Instead, I set out to make the workload manageable so that it could be completed during class time and ensure that the final grade would reward students who participated.

Then of course there was the pizza, which was delivered to class as I convened the groups at the beginning of the semester. Three-dozen students were divided into nine groups organized according to the sequences they declared as journalism majors. Advertisements, tweets, and news stories were all analyzed as to whether they had a positive or negative tilt or if they were neutral in tone and also whether they delved into issues relating to race, ethnicity, and diversity. The Editorial News group examined front-page headlines in the Arkansas Democrat-Gazette, the New York Times, and USA Today, which were available for free to students on weekdays. The Broadcast Radio/TV group analyzed opening weeknight news segments from either the CBS Evening News or the NBC Nightly News. The seven Advertising/Public Relations groups were assigned one day a week to analyze every tweet from the two candidates. The entire class helped study every TV advertisement produced by the two candidates.

As the campaign heated up, we improvised. The ads started being released so quickly that to keep up I started to assign specific commercials to individual groups. The Broadcast group became so bogged down that we limited the analysis to two network newscasts and then only the opening news segments. After Election Day, the Excel files that the groups had toiled over were merged into a master database. Students were then asked to look beyond the numbers and review prominent advertising, journalism, and public relations ethics codes so as to evaluate the conduct of the journalists and candidates alike.

Ethics and the Campaign

The Editorial News group had a relatively favorable view of the newspaper coverage: “All of the newspapers had biased moments toward both candidates, but overall their intent with news stories produced fair and balanced coverage of the campaign/election.”

But the Broadcast Radio/TV group wrote that the two network newscasts “had an overwhelming amount of more negative stories about Trump than for Clinton … We believe that the media seemed to indict Trump over negative news, and when Hillary had negative news it was simply presented as news. They weren’t biased against Trump as much as they were biased for Hillary.”

Students considered even the candidates themselves to be pushing the ethical boundaries. One Advertising/Public Relations group wrote: “For both of the candidates, many of their ads and tweets were unethical because of facts being made up and quotes/information being used out of context.”

Another Ad/PR group added: “Our main ethical concern was that, based on Twitter, the candidates relied on negative material, which occasionally included false content that went without being fact-checked.”

Another Ad/PR group raised concerns about the candidates’ truthfulness: “Sometimes they would flat out lie or bend the truth & not be totally forthcoming to the media. The candidates weren’t respectful to each other or especially the media. Trump was definitely too transparent with his (T)witter specifically — think before you tweet.”

Finally, another Ad/PR group raised concerns about “quite a bit of negativity surrounding the media, both through Twitter and television ads, throughout this Presidential election. The number of posts that were either attacking the other candidate or defending the attacks was abundant. Hopefully, this trend of negativity surrounding the media does not take root in the future.”

That future is the subject of the project underway with my Spring 2017 journalism ethics class, most specifically the media coverage of President Trump’s first 100 days in office and his corresponding use of Twitter. I continue to improvise, trying to progressively weed out the things that students hate about group projects, and to carry on with the things they like — namely the pizza.