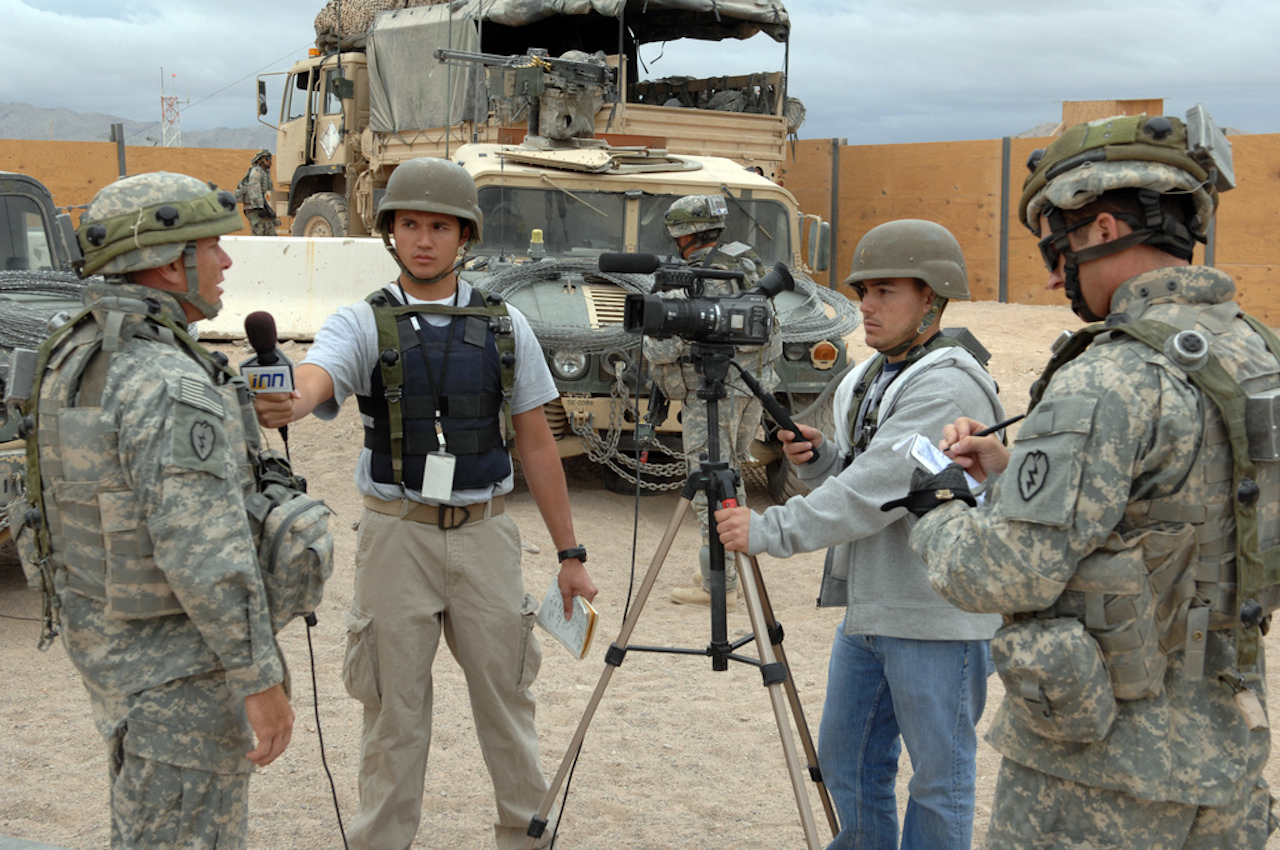 As legacy news organizations have shuttered international bureaus, freelancers have assumed an outsized importance in delivering news from the most dangerous corners of the world.

And increasingly often, those freelancers are young journalists looking for a way into the hyper-competitive realm of international reporting, who scrape together the money needed for a plane ticket for their chance to make a name. It’s a way to very quickly make yourself indispensable working for multiple news organizations, but one that can leave these young reporters extraordinarily exposed if they run into trouble.

“One of the things Jim Foley always said was, ‘trust your gut.' If you think something’s wrong, don’t think about it, just leave.”

Enter the James W. Foley Journalists’ Guide to Safety and Risk Assessment, a curriculum to teach young journalists how to stay safe while covering war or reporting from other areas of violence and unrest. The project was created by the foundation named for Foley, an American journalist whose 2014 murder by Islamic State fighters in Syria was broadcast around the world, and Northwestern’s Medill School of Journalism, through instructors and students in the school’s National Security Journalism Initiative. Reporters Without Borders and A Culture of Safety (ACOS) Alliance were also partners in developing the program.

The three-module curriculum, which was first made available in August, is aimed at equipping up-and-coming foreign affairs journalists with the tools to safely get in — and know when and how to get out — of risky situations.

The first seminar, which is posted online, focuses on lessons learned from Foley’s life, with readings and video clips from a number of documentaries about the ongoing conflict in Syria, discussion questions weighing the efficacy of the United State’s hostage policy, and navigating the ethical issues inherent in embedding with rebel forces and building relationships with local populations.

A theme running through the lesson is having students think through Foley’s motivations in traveling first to Libya, where he was detained by pro-Gaddafi forces for 44 days in 2011, and then going to the front lines in Syria to freelance for Agence France-Presse and GlobalPost. Foley’s indispensable work exemplifies the challenges so many freelance conflict journalists face.

“These freelancers are often younger reporters who think, ‘I really want to report on those important stories,’ and that’s terrific — but do they have the proper knowledge and training and understanding of how to assess risks, how to mitigate risks, or maybe make the decision that it’s too dangerous?” Medill Professor Ellen Shearer, who spearheaded efforts to develop the guide, said.

“One of the things Jim Foley always said was, ‘trust your gut,’” she said. “If you think something’s wrong, don’t think about it, just leave.”

Shearer is co-director of the Medill’s National Security Journalism Initiative, a concentration for graduate students to specialize in journalism around homeland security, cybersecurity, and national security, and is a member of the Foley Legacy Foundation’s Board of Directors. Developing a resource for students to learn about personal safety in conflict zones seemed like a natural fit — and a fitting way to honor Foley’s life.

“Before he was a journalist, Jim was a teacher, and I think he’d really be pleased to think that we’re honoring him by trying to teach young journalists who want to do this important work that Jim was so passionate about, but to do it as safely as possible,” Shearer said.

The curriculum is also set up to allow journalism instructors to include that critical training however it best fits, whether picking and choosing from the lessons for an international reporting class or inviting journalists with ACOS to Skype in classes to take students’ questions.

So far, 150 educators from around the world have requested access to the password-protected curriculum, and the brain trust behind the lessons are already working to build out new modules.

Other journalism educators say the Foley curriculum – and the need to have conversations about the immense risk to journalists reporting in conflict areas – has taken on a renewed importance as terror groups have increasingly targeted journalists for capture as part of their PR strategy.

Lindsay Palmer, a University of Wisconsin-Madison professor of global media ethics whose research focuses on the safety of journalists in the field, said the Foley curriculum is “really important to help individual journalists take care of themselves.”

But in order to affect a real change in how news organizations care for the freelancers who bring home essential reporting without the same cover as staff correspondents, the conversation also needs to shine a light on the systemic factors that have shifted the burden onto freelance journalists.

“The problem is that in much of this discussion on the safety of journalists, there’s unfortunately too much focus on the individual journalists, and not enough on the deep structural problems for a lot of the incidents that have occurred,” Palmer said. She pointed to freelancers moving through high-risk areas without insurance or safety equipment supplied by the organizations that use their work and the “exploitative use of citizen journalism,” stringers, and local “fixers,” who are often left totally unprotected.

Part of the issue can be traced back to the mythic image of the war reporter as a highly self-sufficient, almost heroic character, she said, but teaching the next generation of editors and news executives to be accountable for their war reporters is just as important as personal safety training.

Hearing from more of her own students who want to do this work just in the last few years has made her research “seem so real, so personal,” Palmer added.

“It’s hard because part of me wants to say don’t do it, you’re putting yourself at grave risk, especially if you’re going as a freelancer, but I also think the work needs to be done,” Palmer said. Her book about war reporting, Surviving the Story: the Precarious Labor of Conflict Correspondence after 9/11, will be published later this year.

Palmer said she advises these students to “be a little cynical,” noting that “part of being safe is knowing the limitations of the entire industry.”

The Foley curriculum doesn’t shy away from highlighting the challenges — and the value to public — of conflict reporting.

“A generation ago, saying, ‘I’m a reporter, I’m neutral’ kind of worked, and whoever the enemy was, journalists were not deliberately targeted for murder,” Shearer said. “Now, this stuff — doing a really good risk assessment, having a daily plan to check-in with a news organization — is really important, it’s not being overly cautious.”

Katherine Krueger is a writer and editor in New York City. She is the Breaking News Editor at Fusion and an alumna of the University of Wisconsin-Madison. She’s frequently tweeting @kath_krueger.