Radical Ethics in a Time of Trump: How to Practice Democratically Engaged Journalism 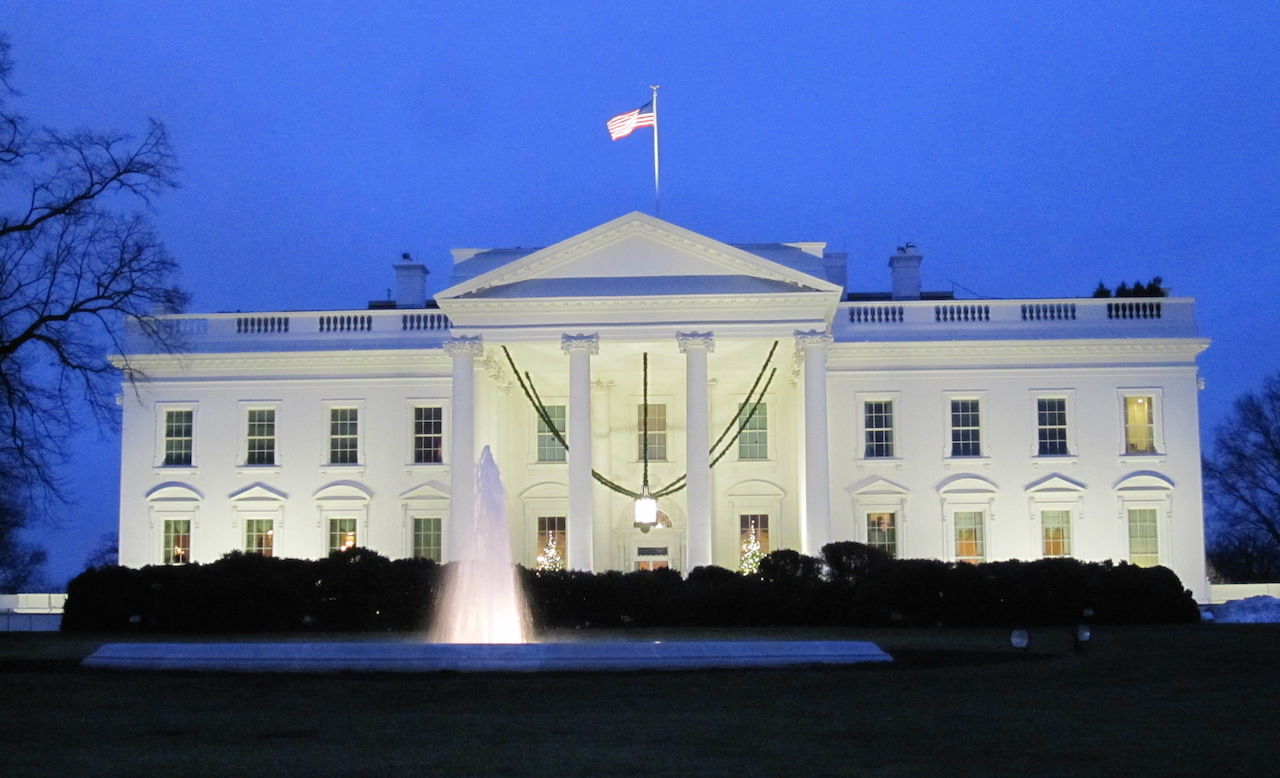 Photo by Tom Lohdan on Flickr and used here with Creative Commons license.

Journalists in America and beyond need to respond creatively and robustly to the challenge of doing responsible public journalism in a time of Trump.

Journalism in a time of Trump requires journalists to clarify their political and social roles, to redefine their ethics from the bottom up.

They work in a social context where President Trump has declared a running war on journalists as “enemies of the people” and exploits the public’s mistrust of news media.

They report within a corrupted public sphere of “alternate facts” where the line between true and false is blurred by a fierce partisanship empowered by social media.

But what sort of response? Should journalists join protesters on the street? Become an opposition, partisan press? Or stick to neutrally reporting events and facts?

None of these options is attractive, I will argue.

The answer requires a radical re-think of the kinds and functions of journalism.

It is a problem of how to practice an engaged journalism dedicated to democracy while retaining the values of factuality and impartiality.

But to see how an objective, engaged journalism is possible we need to rethink journalism ethics. Why?

Because the ethical framework of American journalism, as historically developed, inclines us to think in terms of time-worn dualisms and forced choices between objectivity and engagement, fact and value. They limit the conceptual space in which we think.

We need a notion of good journalism as both factual, impartial and engaged. We need a new ethic of democratically engaged journalism, combining reporting and engagement, objectivity and purpose.

In this series, I argue that a primary ethical function of journalists in a time of Trump is to practice a democratically engaged journalism that protects egalitarian liberal democracy in the face of a populist, non-egalitarian “strong man” approach to government.

Photo by Gage Skidmore on Flickr and used with Creative Commons license.

One cannot discuss the point of a practice in the abstract. Journalism ethics begins with some perception of the news media’s social context. What is my perception of this context?

The context is a media revolution that is digital and global. The task is to make the transition from an ethic for pre-digital, non-global media, constructed a century ago for a professional, newspaper media to an ethic for a digital, global media that is professional and amateur, online and offline.

This revolution forms the background for journalism today. But ‘Trump time’ brings forward specific problems. A main concern is the rise of right-wing movements locally and internationally. The movements have influenced Brexit, the European refugee crises, and is a factor in the upcoming French presidential vote. Now they have captured the White House.

‘Trumpism’ is a US-centric development of this volatile mix of populism, authoritarianism, and narrow patriotism. It is a fierce partisanship that overshadows pluralism, advancement of minorities, dialogue across differences and free media. It feeds upon economic uncertainty, disgust with politics, and resentment toward globalization and liberal values.

Trump time has been a long time coming, prepared for by bad education, the American myth of exceptionalism; incorporation of fundamentalist religion into politics; the deepening of economic inequality; seeing strength in guns and the person of violence; and mistaking ‘in-your-face’ ranting for honest, democratic communication.

The result? A society populated by too many politically ignorant or apathetic consumer citizens, easy targets of demagogues. Now, the demagogic forces have the power of social media to create a totalitarian mindset in what was once the world’s greatest liberal democracy.

If journalists join the protesters or become a counter-balancing partisan voice, it will erode media credibility and contribute to an already partisan-soaked media sphere. It may generate public sympathy for Trump, against ‘big media’. It supports his “biased media” mantra.

On the other hand, journalists should not retreat back to the outdated idea that they are only neutral chroniclers of ‘fact’ as the political drama unfolds. A neutral stenographer of fact is too passive a role for journalism in general, and especially in these difficult times.

In a manipulative public sphere, what is a fact is up for debate, and requires active investigation. Too often, a fact is someone’s alleged (and self-interested) fact.

So, what is the right response? It lies between strident partisan advocacy and

mincing neutrality: it is an objective, democratically engaged journalism.

Plural, egalitarian democracy is grounded in the rule of law, division of powers, public-directed and transparent government, and core liberties for all. It has a well-understood constitution that protects powerful groups (or populist politicians) from denying liberties to individuals and vulnerable groups.

The process of plural democracy is robust, knowledge-based, respectful dialogue, a willingness to compromise for the common good, and a readiness to test (and modify) one’s partial view of the world. Journalism is crucial to this process.

I explain the third duty next week. I focus on the first two duties.

Journalists have a duty to convene public fora and provide channels of information that allow for frank but respectful dialogue across divisions. They should seek to mend the tears in the fabric of the body politic.

In a time of Trump, the duty to practice dialogic journalism is urgent. Confrontation replaces reasonable discussion. Fear of the “other” replaces an openness to humanity.

Dialogic journalism challenges racial and ethnic stereotypes and policies, e.g., investigating the factual basis of new immigration laws. It means opposing the penchant to demonize. It means exposing the perpetrators and supporters of hate speech in America.

Whether a dialogue occurs depends not only on the speakers but on the manner in which their encounter in the media is structured. A heavy ethical burden lies on the shoulders of media producers, editors and hosts to design dialogic encounters.

We are all too familiar with the provocative ‘journalists’ who seek ratings through disrespectful ranting and heated confrontation with guests. But we also have good dialogic examples such as public-issue shows on public television where viewpoints are critiqued on the basis of facts, not on the basis of the ethnicity or personal details of the speaker.

However, fostering the right sort of democracy-building conversations is not enough.

Conversations need to be well-informed. Here is where the second duty arises.

Journalism needs to devote major resources to an explanatory journalism that delves deeply into the United States’ political values, processes, and institutions, while challenging the myths and fears surrounding issues such as immigration.

The movement of fact-checking web sites is a good idea but insufficient. It is not enough to know that a politician made an inaccurate statement. Many citizens need a re-education in liberal democracy. They will be called on soon to judge issues that depend on civic knowledge.

A democracy without a firm grasp on its principles is flying blind.

Here is a small list of some topics for explanatory political journalism:

Journalism ethics typically draws a hard line between journalists and activists. Professional journalists think of themselves as neutral, factual public informers, reporting on contending lobby groups and their ‘biased’ advocates.

The idea of the journalist as an unbiased public informer is an important ethical ideal. But, here, it is based on a simplistic, over-reaching and pejorative distinction.

Simplistic because it ignores the long history of non-neutral journalism—satirical journalists, editorial cartoonists, and columnists. Over-reaching because the distinction disqualifies important forms of reporting, such as non-neutral investigative journalism. Pejorative because it implies that advocacy journalism is, or must be, biased or untruthful. Yet, being engaged is not being biased. There is good and bad advocacy in public communication.

Democratically engaged journalists are advocates because to protect and advance anything is, by definition, to advocate. It is to be engaged, not disengaged.

But they practice an important advocacy of a certain kind. They are objective advocates of democracy as a whole. They practice an informed advocacy for the common good. Journalists are not stenographers of alleged fact but they are avid investigators into fact. This advocacy is different from the partisan advocacy for a group or ideology. It is radically opposed to an extreme partisanship that would use any manipulative means of persuasion.

Democratic journalists see their methods as means to a larger political goal—providing accurate, verified and well-evidenced interpretations of events and policies as the necessary informational base for democracy. Policies are factually and fairly evaluated in terms of their consistency with democratic principle, and whether they help or harm the democratic republic.

Democratic journalists seek to be rational, reasonable and objective public informers and dialogue generators within an overarching commitment to liberal democracy.

Journalism in a time of Trump requires journalists to clarify their political and social roles, to redefine their ethics from the bottom up.

Many journalism conferences focus on practical “tool box” tips, such as using new technology; or, they focus on how to attract audiences through social media. But in the days ahead, the key issues of journalism ethics will be questions of political morality—the way a democracy ought to be organized, and the media’s role in it. That debate is already flourishing.

When a country enters an uncertain political period, journalists need to return to journalism ethics and bedrock political themes, just as such themes arose during the civil rights movement of the late 1960s and early 1970s.

For many journalists and news organizations, the next several years will be a severe test of their political beliefs and journalistic ideals—and their will to defend them.

It will also test whether they can creatively reconstruct their ethics for a new reality.