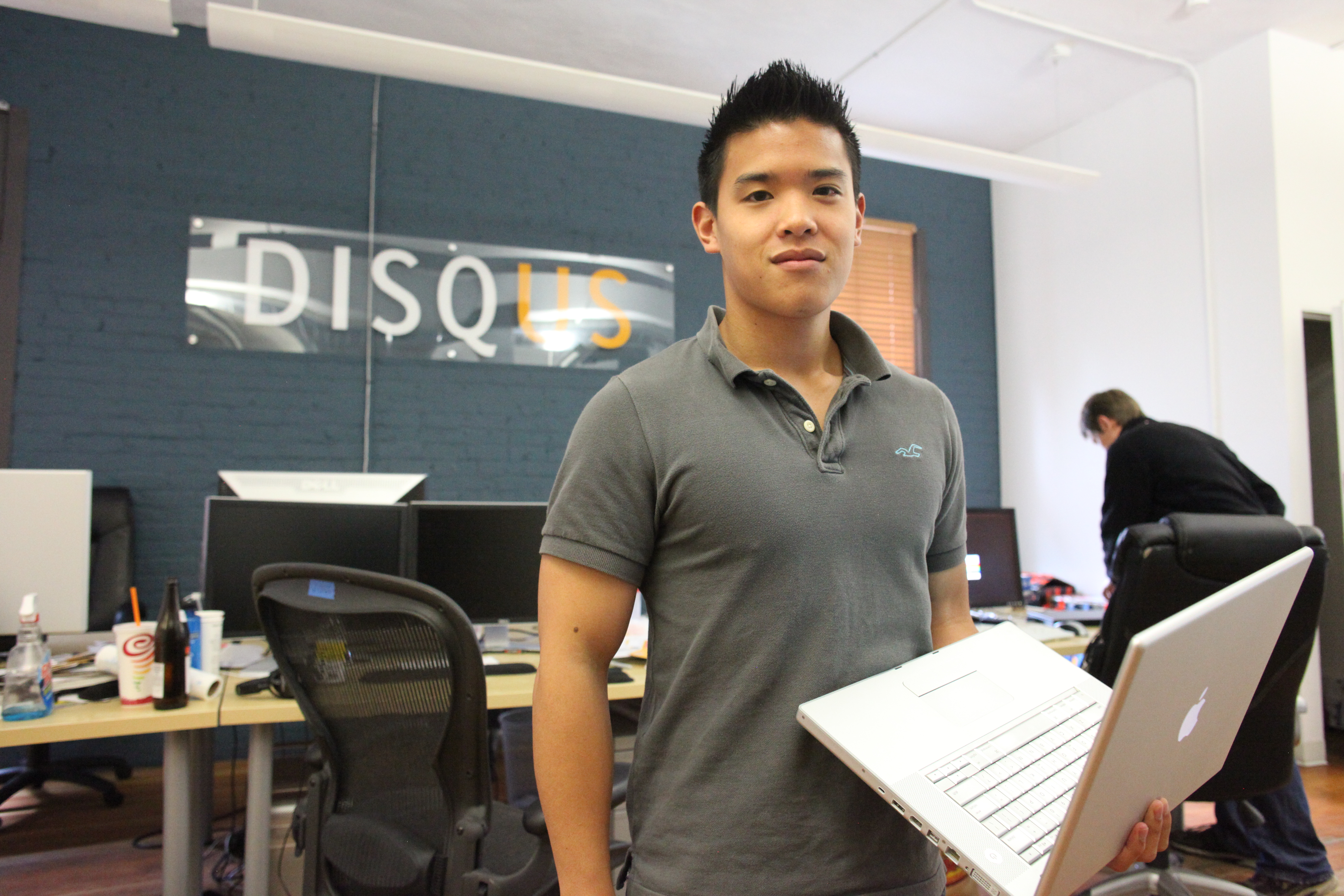 Disqus is one of those internet phenomena that has reached huge scale, but very few people actually know much about the company or what drives it. Disqus is a comment widget that’s free to use by publishers across the net, providing a way to build discussion off the back of content. Having started in 2007 out of the Y-Combinator incubator, Disqus has grown strongly over time and is used by hundreds of thousands of publishers big and small around the world – from the Telegraph newspaper to any number of random personal blogs.

Over the summer, I dropped in on the “comment phenomenon” that is Disqus at their San Francisco HQ to chat to founder Daniel Ha, to understand where Disqus came from, what it’s achieved and where it’s going next.

Explain where the idea for Disqus came from, and how you started the company.

Ha: Disqus today is a service to enable online publishers to power their comment section via a simple and easy-to-install javascript embedded widget. Things started out a lot different though, with a much simpler but very similar project around how to think about online communities and how to re-imagine bulletin board and chat rooms, which at the time were hugely popular – especially for niche communities like video games, cars and politics.

At the beginning there were two of us, me, who headed up product design, and my high-school friend Jason (Yan) who focused on engineering, and is now our CTO. We wrote the first line of code in 2007, aiming to create the next generation forum, by connecting social and user-generated content with online communities. The first iteration of the product was essentially code for a forum which could be added to a blog. Initially the code and implementation was quite complex, but we quickly pared it down to the simple product it is now – realizing that simplicity was the key to scale.

Disqus became a company in 2008 and raised a bit of money to explore whether we could scale our product idea. For the first 18 months growing the product was true trial and error. The first 150 to 200 sites mostly came from reaching out to people, based around a giant spreadsheet and sending out personal emails to people running blogs. We treated it like a school project rather than a commercial project, and out of these 100’s of people we contacted a few people signed up. The key to our growth was that once bloggers started using it, people would share it creating a word-of-mouth effect. One of the key things we thought about early on was that if Disqus was going to scale like a social network, then it needs to be robust and be distributed like a social network, and critically be easy to install. Anecdotally, still today most installs come from people clicking on the Disqus logo.

Disqus has seen explosive growth in its time, and now operates across thousands of sites across the web. Could you talk about your experience engineering this growth?

Ha: There was never one tipping point or huge viral moment for our growth. We weren’t a rocket-like startup where everything suddenly took off, but rather we grew organically with a 400/500% growth rate based around a small core team. Our growth has very much come from compound growth over time based around a mix of natural word-of-mouth (engineered via product mechanics) and hard work (by our team constantly reaching out to the blogger community).

We’ve never had a huge sales team like some of our competitors, and never been hugely aggressive with our growth – keeping the team lean and being very aware of our burn rate / profitability. Ten years on since we wrote the initial piece of code, our numbers are are pretty impressive doing:

Ha: The product has changed in a bunch of ways you wouldn’t, as a user, hugely understand. The core code has been re-developed about 5 times over the years, however the core value proposition hasn’t changed – i.e. the fact that Disqus provides a simple low-cost way of building engagement with a site via commenting.

The big changes early on in the product development was all about making the product as simple as possible to use and easy as possible to on-board. Most recently, over the last 18 months, we’ve been focused on building out the data side of the platform. Data has always been a big part of the product, and what we’re doing now is opening up the data we collate from our 2 billion monthly unique users (many of whom are ‘logged-in users’) to advertisers and ad technology companies, enabling them to build better / more effectively targeted advertising, creating a win-win for all involved in the content chain (from consumer to advertiser).

An additional focus around data is creating semantic analysis and trend detection services for publishers; for example, providing data around which articles get people talking and sharing from a content segmentation point of view. Our proposition has always been around providing useful tools to publishers to optimize engagement, so these additional services fit into Disqus’ product focus.

What’s the commercial engine behind Disqus?

Ha: Disqus has a rich background in business models. At the beginning we started out as a free product, mainly looking to build product usage scale. Our second business model was to then role out a SaaS model for big publishers, working with the likes of Fox, CNN and the Guardian. This SaaS model was very much about helping keep the lights on financially, and was very much a learning curve for the team – particularly around building out our customer service function, which didn’t really exist beforehand. The third iteration, which we started to implement in 2012, was to move away from SaaS into a network / advertising model. This network model very much makes the most of our huge scale and presence across a wide range of publisher (big and small) globally, and fits into media industry trends towards programmatic and native which is a big focus for us. The most recent evolution of our business model is around ‘data,’ exposing the data from our 2 billion monthly users to advertisers and ad tech companies.

These changes over time have definitely changed the tone and sensibility of the company over time. Initially Disqus was very much an engineering-first company, we then moved into a product-first company and now we’re heading towards being an advertising / data-focused business.

That said, if you spend any time with the company, it doesn’t feel like a traditional media company. We’re still very much a product and engineering company – with an advertising-based commercial engine behind it.

The Future. What are your future plans for the product and thoughts on the future of media?

Ha: Core to my vision for Disqus is the belief in the vastness of the internet and its ability to change over time. Through the publisher lens, it makes complete sense for publishers to distribute content via Facebook, Twitter and the like. However, if you’re a publisher brand then you don’t want to throw all your chips in one basket, as users are fickle and change behaviors all the time. Publishers will continue to ask how they can get more out of their users and engage them as much as possible with their content and platforms.

Our view is that publishers should continue their focus on building greater engagement with their users through great content, and Disqus is there to provide tools to help them do this.

Chris Quigley is founder of Hackers.Media, a European media-industry blog. Outside of Hackers, Chris actively invests in and helps scale startups via his KittenCapital vehicle.

This article first appeared on Hackers.Media and is cross-posted here with permission. Hackers.Media is a community platform allowing publishers and media tech companies from around Europe to share experiences of how they’re *hacking their way to profitability* – by sharing insights / tips / tricks as to how best monetize / engage audiences, and ultimately drive profits.