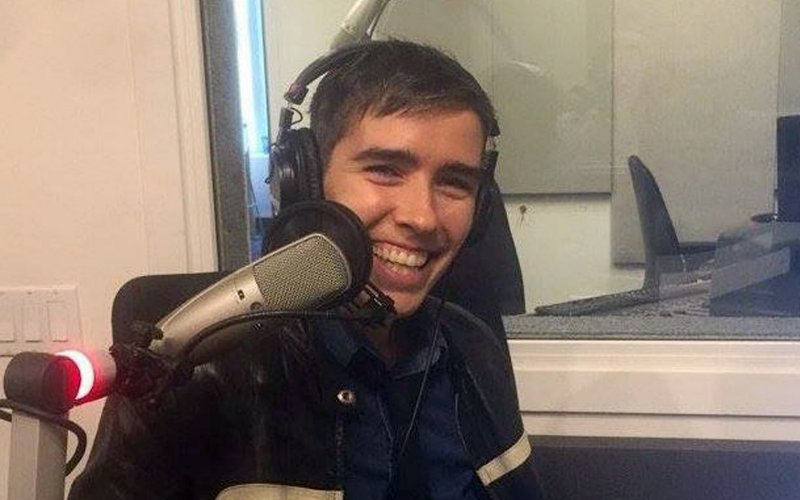 In the news this week, Facebook changes its News Feed to highlight “authentic” news, while also pushing more long-form video. Could Apple be interested in buying a media company? And the folks behind the hit podcast “Serial” now have a production company and a new true crime podcast called “S-Town,” while the New York Times launches a new podcast called “The Daily.” Politico’s Joe Pompeo joins us to discuss the eye-popping digital subscriber numbers at the Times, and turmoil at the Wall Street Journal. Our Metric of the Week is Documentary Impact, and we speak  radio reporter Lewis Wallace, who was fired by Marketplace for saying that “objectivity is dead.”

Lewis Wallace is an independent radio reporter, and producer. He previously worked for Marketplace in their New York Bureau. Prior to that, he worked as an economics reporter and managing editor at WYSO Public Radio in Yellow Springs, Ohio, where he was an economics reporter and managing editor. He got his start in radio as a Pritzker Journalism Fellow at WBEZ in Chicago, where he focused on science and the environment.

Facebook is a giant and it’s only getting bigger. Its latest earnings report showed that revenues and profits rose again, as did its massive user base, especially on mobile. In fact, Facebook’s mobile ad revenue accounted for 84 percent of the company’s total ad revenues in the fourth quarter last year. And while it hit nearly 2 billion monthly active users, it also had 1.15 billion daily active users on mobile, which is up 23% from the same quarter in 2015. Even with all that growth and success, Facebook wants more, and it wants to get better. After setting up a new Journalism Project with partners to help ferret out fake news and misinformation, Facebook engineers announced a change to its News Feed to emphasize “authentic” news, and real-time breaking news that’s going viral. So how will the algorithm find what’s authentic? According to the engineers, they trained the algorithm to identify fake, spammy Pages and then lowered the ranking of anything that looks similar.

Meanwhile, Facebook continued its push toward long-form video, with the Wall Street Journal reporting that the social giant is developing an app for set-top boxes and Apple TV that will show only video. Why the push into long-form video? Facebook realizes that it can only show so many ads in your social feed, so it’s been emphasizing video and live-streaming video. While those were often too short for advertising, long-form high-quality videos could entice TV advertisers to move some money to Facebook. While it’s easy to say, “let’s have some high quality videos and shows,” it’s not always as easy as it sounds, with so much competition among networks and streaming services. One move Facebook did make recently was to reassure advertisers that they would do a better job with metrics and measuring ad performance. Earlier this week, Facebook announced more partnerships with third-party ad tech companies to help give marketers better insight to their ad performance. This comes after many missteps with metrics at Facebook. So while the social media giant continues to dominate digital and mobile, its move into video could be a more difficult endeavor.

Could Apple Be Interested in Buying a Media Company?

For so long, technology companies have tried to avoid being seen as media companies. But now, the tide is turning, especially as they consider moves into video and original content. Apple is one of the older line tech giants that people hoped would get into TV content ever since Steve Jobs said they had nearly figured it out. And now, Fortune’s Aaron Pressman says that Apple CEO Tim Cook is dropping hints about buying out a media company. His evidence? This quote from Cook during a recent earnings call: “We are, obviously, with our toe in the water, we’re learning a lot about the original content business, and thinking about ways that we could play in that.” Pressman thinks those are the kind of comments a company makes before jumping in with a major acquisition.

Cook also said Apple’s goal was to double its revenues in its “Services” unit over four years. So what kind of original content company could help with that goal? Netflix? CBS? Disney? Cook did say that there was no size limitation when it comes to a possible buyout target, as Apple does have $230 billion-plus in cash. But still. Apple’s biggest buyout so far was $3 billion for Beats in 2014, and that’s small potatoes compared to big media mergers like AT&T and Time Warner. As for Apple’s “toe in the water,” that comes from buying the “Carpool Karaoke” video series for Apple Music, with a new scripted series from Dr. Dre and a reality TV show on the horizon. Maybe, in the end, Apple might opt for buying a smaller video production or management company that could bring in talent and producers to help it grow from being music-centric to a bigger force in video.

The ‘Serial’ Team Sets Up a Production House; and New York Times Launches a ‘Daily’ Podcast

Podcasting has been heating up the past couple years, and we have two more signs that it’s going to get even hotter: The team behind the hit podcast “Serial” is putting out a new show called “S-Town,” and the New York Times is back with a daily news podcast called, “The Daily.” (Let’s not dwell on the fact that The Daily was the name of a failed iPad pub from News Corp.) In any case, the folks behind the uber-popular “Serial” podcast, who also produce “This American Life” for Chicago Public Radio, are now calling themselves “Serial Productions.” Their first series will be called “S-Town,” another in the true-crime genre, covering a murder in Alabama, a feud and a hunt for hidden treasure. What’s not to like? Producer Brian Reed will host the podcast, and actually had the idea for the show three years ago before “Serial” even happened. Producer Ira Glass revs up the hype saying “I don’t think people have heard a show like this before.” We’ll see if it lives up to that.

Meanwhile, many larger publishers like the New Yorker, Washington Post and New York Times have all been building up slates of podcasts. The Times just launched what could be its flagship podcast called “The Daily,” hosted by correspondent Michael Barbaro. Barbaro hit paydirt with his podcast, “The Run-Up,” that covered the election campaign and wrapped last fall. While the Times has tried this daily format before, with a podcast called “Front Page,” the timing might be better now with such an intense focus on politics and the Trump administration. The first episode covered the Supreme Court pick by Trump, and had interviews with other Times reporters and the CEO of Hobby Lobby. The podcast will be available on Amazon’s Echo and Google Home, and subscribers can also sign up for text messages from Barbaro keeping them up-to-date on big stories. Of course, the show’s first sponsor BMW will also be sending ads along.