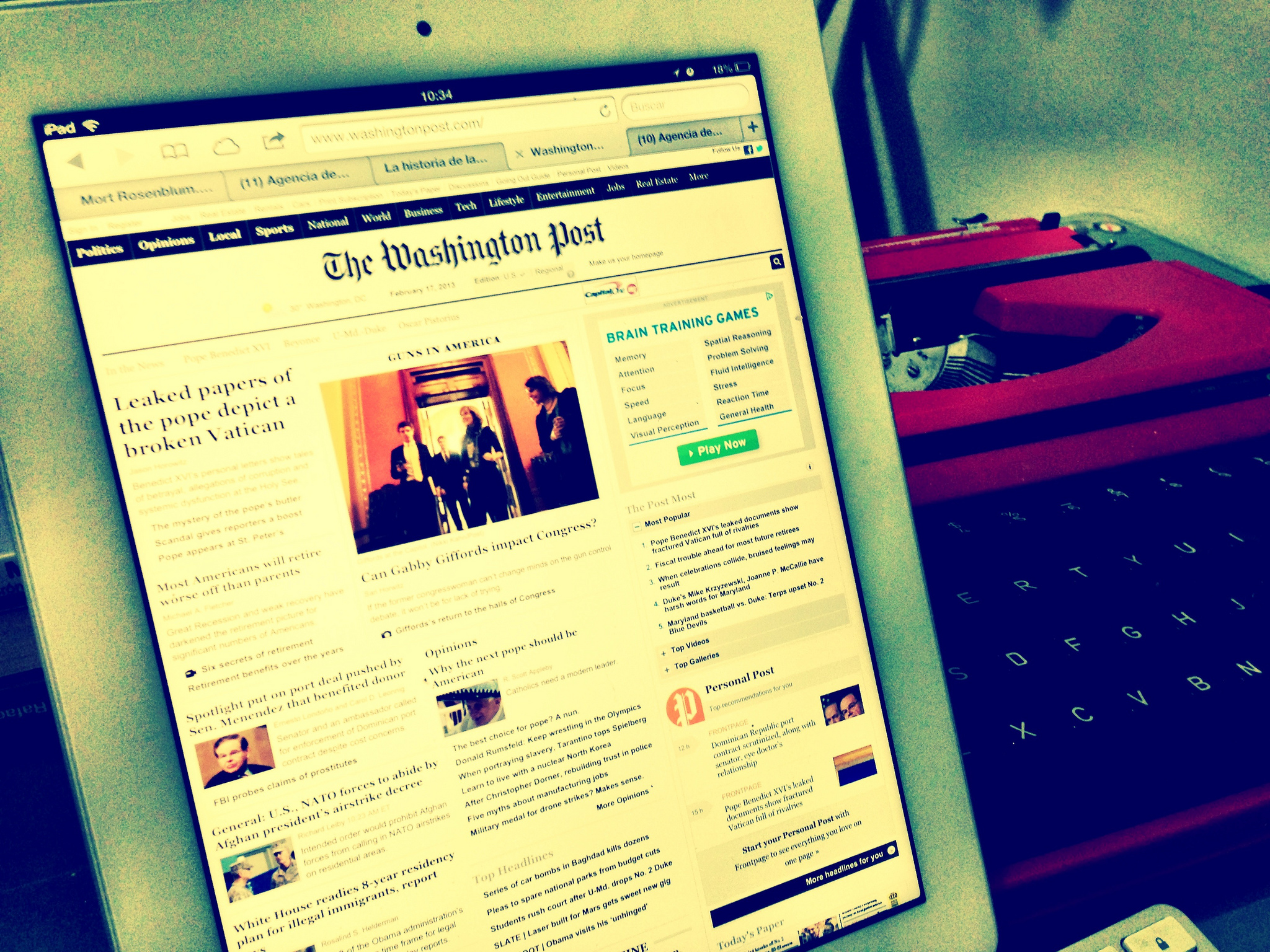 Photo by Esther Vargas on Flickr and used here with Creative Commons license.

The Washington Post is following the strategy of world domination of its owner, Jeff Bezos, the founder and CEO of Amazon.

In contrast with most newspapers in the U.S. and Europe, The Washington Post is hiring journalists and engineers, investing in new technology and expanding into new markets. Bezos has global ambitions for the Post.

In the same way he built Amazon, Bezos has committed to absorbing financial losses in the short term with an eye toward gaining market share over the long term. It’s a strategy that requires an owner with deep pockets.

That’s the business side. The good news for the Post’s journalists is that their prize-winning executive editor, Marty Baron, and Bezos both believe in the importance of producing high-quality journalism that serves the needs and wants of the paper’s community.

Bezos believes deeply in creating an excellent user experience. The Wall Street Journal recounted how Bezos responded to a Post reader’s complaint that the web pages loaded too slowly. He sent an email to a digital editor, pushing him to get pages loading much faster, especially on mobiles, which represent 70 percent of the Post’s traffic.

Bezos said that his goal was to transform The Washington Post from “a great local paper into a great national and global paper.”

To achieve that goal, the business model has to change.

Emilio García-Ruiz, the Post’s managing editor for digital, explained the strategy in a speech at a journalism conference in Spain. The idea is to get as many people as possible to sample your product (in journalism, it’s through sharing in social networks), get them to pay for a product, and then make them repeat buyers for higher-value products. At each stage the pool of customers is smaller but spending more.

The key in a business sense, said Garcia-Ruiz, is to keep expanding that pool at the top of the funnel, just as Amazon has done. And from a journalism perspective, the key is to merge the best journalism with the best technology to keep people coming back.

The results to date have been impressive, if you use traditional web metrics. The Post surpassed The New York Times in unique users for the first time from October through December of 2015 before the Times recovered its dominance.

The question is whether this has translated into business results. Because the Post is a private company, it does not publish its financials. A marketing executive from the paper told Digiday that digital subscriptions grew 145 percent in one year but did not give specific financial results.

The Post’s conversion into a primarily digital publication is being pushed by Bezos and Baron with a sense of urgency. The nation’s largest daily newspapers have been losing print subscribers at a steepening rate.

At the same time, these dailies have slashed 20,000 journalists from their payrolls — more than a third — in the past 20 years. By contrast, the Post, since Bezos’ arrival, has added 100 journalists, for a total of 700, and 35 engineers. This is one of the advantages of being a private company that does not have to respond to Wall Street’s demands.

In a town hall meeting with the Post’s journalists, Bezos explained that his goal is to use technology to know the readers better and use that information to better serve them. “To be the paper of record we need talent, money and patience, and we have all three,” he said.

The future is digital

In various forums and interviews, Baron has praised Bezos for his vision and his respect of the independence of the paper’s newsroom. Baron speaks with Bezos for an hour by telephone every two weeks, and top editors travel to Amazon’s Seattle headquarters for a meeting every six months.

While Bezos doesn’t interfere in newsroom decisions, he does push editors to find ways to get readers to click on and read the paper’s in-depth investigations. As a result, Baron has changed some of the tactics for producing and distributing editorial content.

At the moment, this looks like a honeymoon relationship: a billionaire rescues a floundering newspaper brand from financial disaster and invests in new technologies so that it can compete in the new world of digital journalism. As with every marriage, the question is how long the honeymoon will last, and what comes after.

James Breiner (@jamesbreiner) is a Knight International Journalism Fellow and created Latin America’s first digital journalism center at the University of Guadalajara. For two years, James was the director of the master’s program in Global Business Journalism at Tsinghua University in Beijing. James now writes for his blog, News Entrepreneurs, and is a visiting professor of communication and digital art at Tecnológico de Monterrey in Mexico.

This post originally appeared on James Breiner’s blog News Entrepreneurs and was republished by both MediaShift and the International Journalists’ Network. IJNet delivers the latest on global media innovation, news apps and tools, training opportunities and expert advice for professional and citizen journalists worldwide. Produced by the International Center for Journalists, IJNet follows the shifting journalism scene from a global perspective in seven languages – Arabic, Chinese, English, Persian, Portuguese, Russian and Spanish. Follow along on Twitter, Facebook or with IJNet’s free weekly newsletter.