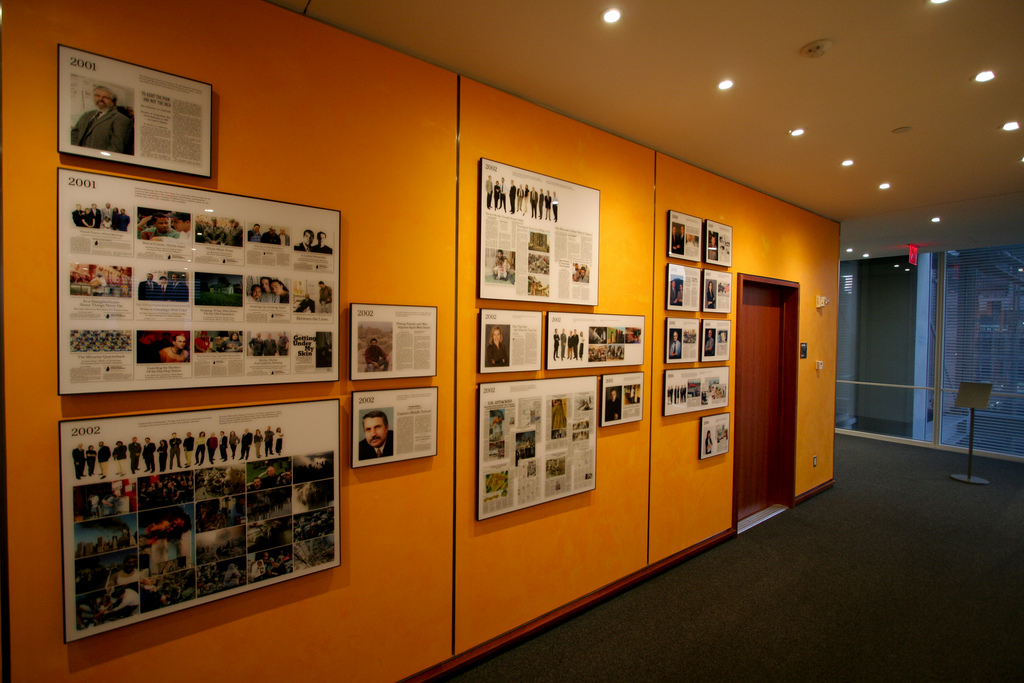 The deadline to apply for the Pulitzer Prizes is Jan. 25. Photo of the New York Times Pulitzer Wall by Bill Couch on Flickr and used with Creative Commons license.

International Women’s Media Foundation Awards
The International Women’s Media Foundation’s Courage in Journalism Award honors women journalists for their extraordinary bravery. In facing and surviving danger to uncover the truth, they raise the bar for reporting under duress. The IWMF also recognize the pioneers who kicked down barriers to make it possible for women all over the world to find their voices and make them heard. Lifetime Achievement Award winners persevered, opening doors for future generations to make a difference.
Deadline: March 1, 2017