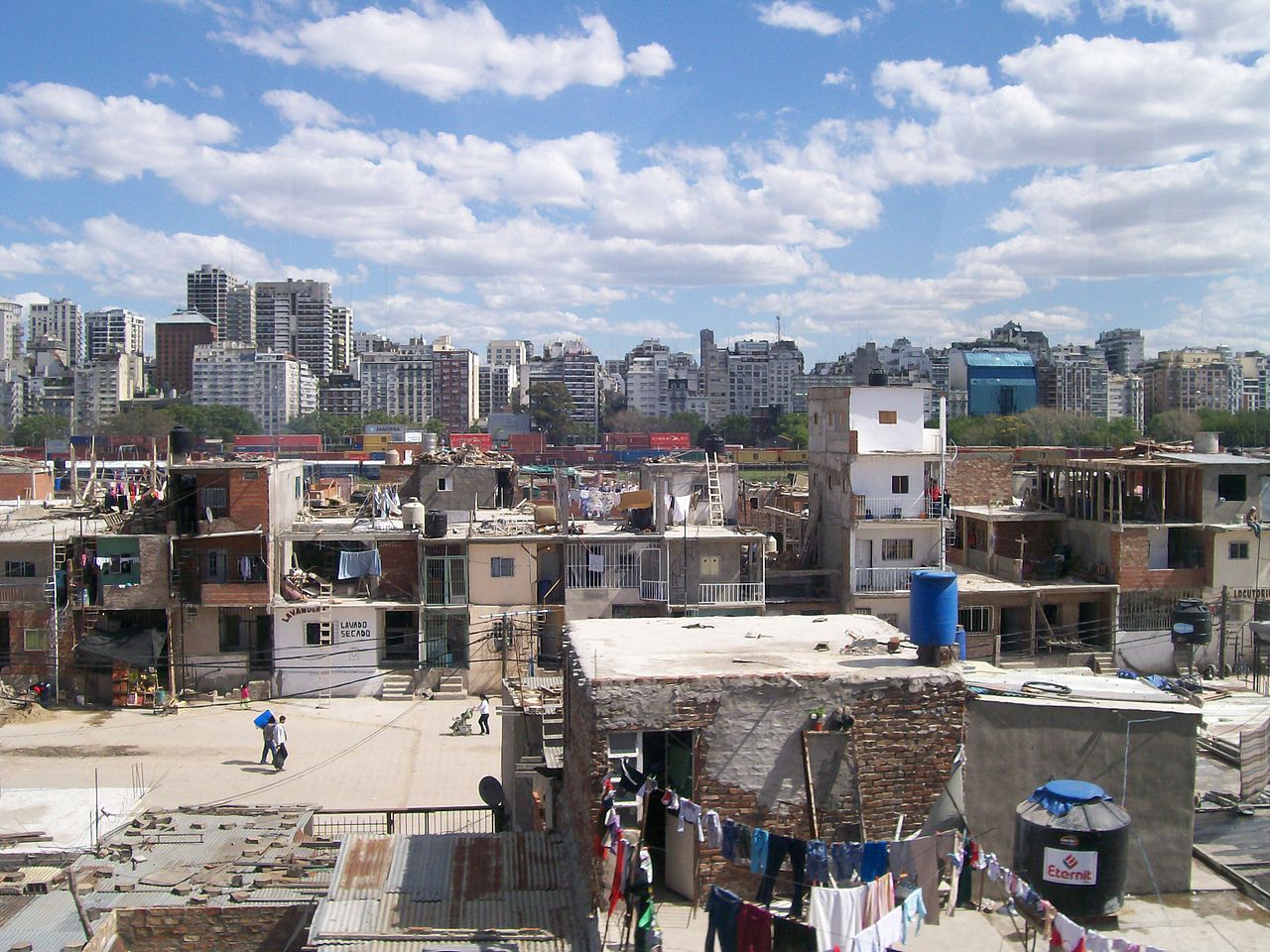 A villa in Buenos Aires. Photo by Aleposta and used here with Creative Commons license.

In the age of globalization, it’s easier than ever for someone in New York to read about Rio de Janeiro, Beirut or Hong Kong. But this flood of information has sparked ethical questions for journalists about who gets to tell stories and how they tell them.

This debate has played out in Buenos Aires, Argentina, where the city’s working-class residents have criticized the sensationalized and condescending way national media covered their neighborhoods. So, residents decided to take control of the media narrative with Mundo Villa, a community newspaper whose local correspondents tell the stories of the city’s villas — the local word for slum.

“The paper began out of the necessity to create a media outlet that reflects the reality of the villas, not from the view of an outsider, but from the perspective of those who live there, suffer and endure the problems and also enjoy the good things about their neighborhoods,” said Joaquin Ramos, Mundo Villa editor.

Reporting by and for a marginalized community is growing throughout the world from Brazil to India, where slum residents have organized to start their own newspapers to push back against what they consider a stigmatized media narrative.

‘Bottom of the iceberg’

Though papers like Mundo Villa don’t have the name recognition of bigger, national papers, this type of community journalism actually represents the largest part of the media market, or what Ohio University journalism professor Bill Reader refers to as the “bottom of the iceberg.”

“[Community journalism] is by far the largest mass of journalism that is done and media that exists,” said Reader, whose research focuses on community journalism. “But most people who study media don’t notice them because they are only looking at the elites, the big names.”

Ignoring these smaller newspapers is a disservice to the field of journalism, according to Reader, particularly because community newspapers are often better positioned to cover the news in their neighborhoods. Local journalists, such as Mundo Villa’s correspondents who pitch their own stories, have a better understanding of their communities and what readers care about. Plus, they cover sensitive issues without sensationalizing the problems they face.

Mundo Villa’s distribution is small, but targeted. They print between 5,000 and 10,000 papers a month, which are read by community members, journalists and politicians. They reach readers in the villas and beyond through their website with an average of 5,000 visitors a day, with their Facebook page driving much of their traffic.

Listening to the community

While Ramos pays attention to what pieces are doing well, he doesn’t want to fall into clickbait journalism rather than solid on-the-ground reporting. Luckily for him, one of the benefits of community journalism is that it doesn’t require complex metrics to figure out what readers want.

“As you get more localized and the audiences get smaller, the journalists become much more members of the communities they cover and so their personal interests are going to be much more in line with the community as a whole,” Reader said.

Mundo Villa is just one example of how local journalism can improve coverage. Before the paper existed, coverage of the villas, home to 160,000 residents or more, often played into stereotypes about the level of crime and violence in the neighborhoods.

One notable story that made national headlines was published in 2008, when an architect entered a villa disguised as a fumigator. Ramos, a trained journalist, didn’t consider the story particularly newsworthy. The piece likely made headlines because just entering the villas was so taboo, Ramos said.

Ramos hoped to avoid these types of sensationalized stories when he co-founded Mundo Villa. Since then, he has noticed a difference in coverage of these neighborhoods at a national level. Big papers and news stations cover more and better stories on the villas, often ones that have been reported by Mundo Villa first. Ramos credits the paper for spurring a cultural shift in the way news outlets covered villas and their residents.

While Mundo Villa’s focus has always been to serve the community, it also plays a larger role in the media landscape in Buenos Aires by bringing broader visibility to these neighborhoods. This means outsiders better understand these communities and politicians have to keep the promises they have made to these marginalized citizens.

“Our objective is to inform about what happens in the villas — not only for the residents, but also those outside of the villas — so that they realize that the villas are not only what they show in the mainstream media,” Ramos said. “There is another side of it.”

Anna-Cat Brigida is a freelance journalist who covers politics, immigration and human rights across Latin America. She has reported in Mexico, Guatemala, El Salvador, Colombia and Argentina for publications like The Los Angeles Times, The Daily Beast, Vice’s Broadly, Al Jazeera and the BBC, among others. She is currently based in Buenos Aires, Argentina. Follow @annacat_brigida.