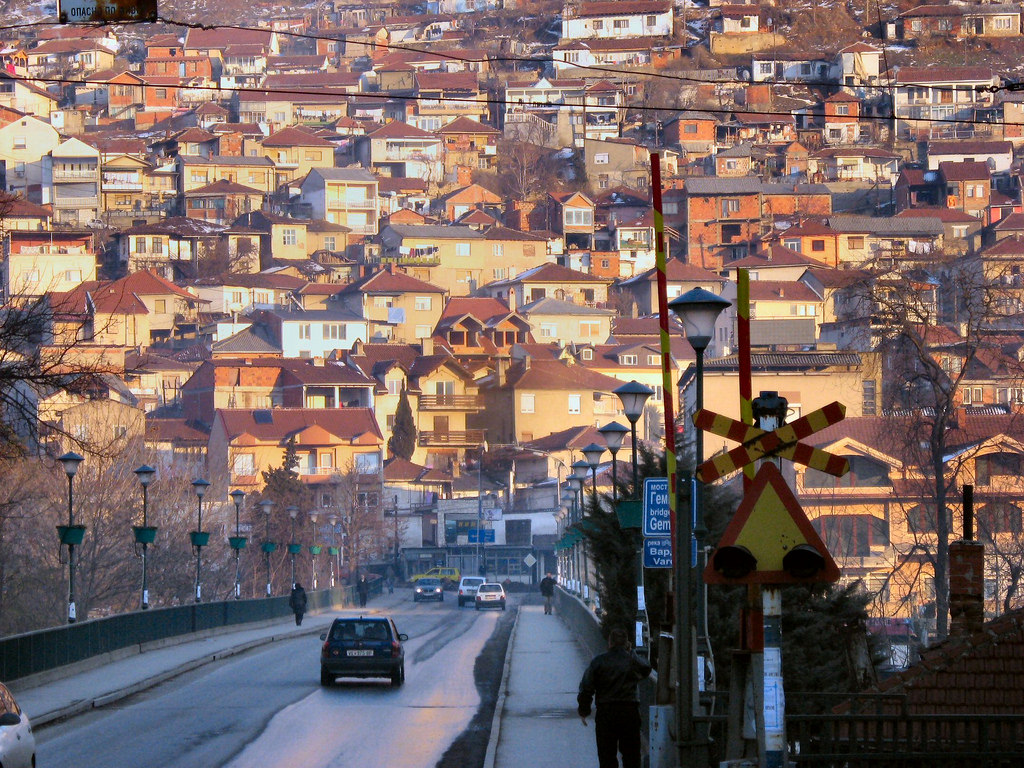 The country of Macedonia is in political crisis since it was revealed that the government used illegal wiretapping in 2015. Photo by Pero Kvrzica on Flickr and used with Creative Commons license.

Black lists, veiled death threats and public condemnation are just some of the tactics that Macedonia’s ruling political party has deployed against local NGOs since the country’s contested elections on December 11.

Macedonia has been in mired in political crisis since revelations of widespread illegal wiretapping by the ruling government surfaced in 2015 and brought to light numerous incidents of corruption within the ruling VMRO-DPMNE party.

Shortly before the elections, flyers listing the names of dozens civil sector activists were distributed in the mailboxes and under windshield wipers of citizens of Skopje, the nation’s capital. They included allegations about “mercenary” money that civil society advocates allegedly had received, along with other spurious claims. The flyers were signed by GDOM (Gragjansko dviženje za odbrana na Makedonija – Citizen Movement for Defense of Macedonia), an entity that acts as a proxy for the more radical positions advocated by VMRO-DPMNE.

Individual activists have been targeted with specific threats, in everything from public speeches, to party media, to Twitter. Alongside threats on social media, VMRO supporters have been circulating a photograph of a handwritten list with activists’ names and addresses. The Public Revenue Service also appears to be targeting select NGOs for inspections.

Global Voices’ contacts in the country fear that these tactics could amount to incitement for VMRO supporters, who might decide to perpetrate “patriotic” attacks on their own, without direct orders from party leaders. Several such attacks on journalists from blacklisted media by random party supporters have already taken place this year.

Non-government organizations in Egypt are also facing new levels of pressure. Egypt’s parliament passed an unprecedented law that strictly limits the freedoms of organizations to do research, engage in advocacy, and accept financial support. Those found in violation of the law can suffer criminal penalties, including multi-year prison sentences, for things like conducting opinion polls without the approval of relevant state authorities. A joint statement condemning the law, signed by over 20 civil society organizations and five political parties, asserts that it “effectively eradicates civil society and defers administration of it to the government and security apparatus.”

Alongside legislative changes, an ongoing campaign to limit the freedoms of NGO workers has continued apace. The executive directors of more than a dozen independent human rights and feminist groups in the country have been banned from traveling — six human rights defenders were stopped at the airport last week alone. Some have been called in for questioning or interrogation. Some have had their financial assets frozen. And a massive vilification campaign in the mainstream media has become the new norm.

Advocates believe that the onslaught has had technical ramifications. Several have told Global Voices that they are seeing indications of new, increasingly precise digital surveillance techniques targeting NGO workers. And on December 17, the secure messaging app Signal became inoperable on all major ISPs in the country. Run by the non-profit software group Open Whisper Systems, the Signal messaging app has been promoted to and adopted among many activists and NGO workers throughout the world seeking to increase the security of their communications.

Telecommunications engineer Zak Muriuki was sent to Ethiopia to install a VSAT satellite Internet connection system. Along with another Kenyan worker from the same sector, Zak was arrested and later charged with “telecommunications fraud.” Zak had been working for a private client, whose offices were raided by Ethiopian police when he was there setting up the satellite connection. Although multiple trial dates were scheduled, Zak never formally appeared in court.  Zak, the father of two young girls, died in prison in early December, after suffering from meningitis. His family members believe the disease, and a lack of proper treatment, was his cause of death.

Astana, pictured here, is among at least four Kazakh cities that reportedly are unable to to access social media websites including Facebook, Instagram, YouTube and Google on the 25th anniversary of Kazakhstan’s independence from the Soviet Union. Photo by Ken and Nyetta on Flickr and used with Creative Commons license.

Residents of at least four Kazakh cities reported not being able to access social media websites including Facebook, Instagram, YouTube and Google on the 25th anniversary of Kazakhstan’s independence from the Soviet Union. Twitter and Vkontakte, however, were accessible throughout the day. According to the Ministry of Information, the sites were down “for technical reasons,” but netizens pointed to the livestream of an interview with opposition politician Mukhtar Ablyazov as a possible motivation for the block. There is also a history of protest accompanying independence day — in 2011, a confrontation with police resulted in the deaths of a dozen people.

In India, Facebook critics lose their accounts — in Lebanon, they lose their freedom

Facebook suspended the accounts of several Indian users who had used the platform to express criticism of India’s ruling party. Rajiv Tyagi, an ex-government employee who regularly posts critical views about the administration of Prime Minister Narendra Modi, was locked out of his account for a month by Facebook after sharing a satirical post (written by someone else) about Hindu-Muslim hatred. Tyagi received a notification explaining that he had violated Facebook’s Community Standards.

Though the community standards purport to allow “humor, satire, or social commentary” related to hate speech, the company does not allow users to appeal automatic bans. Tyagi’s account was reinstated by Facebook after a campaign by his friends appealing to the Silicon Valley company, raising questions regarding how the company handles pressure both from users and from other actors, among them governments. This comes after a wave of takedowns of content supporting Kashmiri independence during the summer months of 2016.

Meanwhile, in Lebanon, journalism student Bassel al-Amin is being investigated for “insulting the state” in a Facebook post in which he wrote that the state and the Cedar, a national symbol, were not worth a Syrian’s shoes. Al-Amin wrote this in response to a program on OTV, a publicly traded television network, that he felt was degrading to Syrian refugees. After six days in detention, he was released on bail.

Thailand’s legislative assembly voted to approve new amendments to the country’s Computer Crime Act (CCA) that could have significant consequences for free expression online. The CCA will now criminalize the sending of “false computer data” or Internet content that damages “the maintenance of national security.” The law also empowers a committee appointed by the government to monitor and even order the removal of dangerous Internet content.

In sum, these and other provisions have left many citizens concerned that the law as a whole will lead to increased censorship and control of online information without meaningful oversight. An online petition against the legislation led by the Thai Netizen Network has gathered over 370,000 signatures.

Germany looks to lock down hate speech on social media

Germany is considering new laws that would require social media platforms to remove content that is deemed hate speech. Photo by Moyan Brenn on Flickr and used with Creative Commons license.

Germany may consider new laws that would force social media companies to take down hate speech in the new year, according to a report by the Guardian. Up for consideration are measures that would require companies to set up channels to register complaints, publish how many complaints they receive and hire ombudsmen to carry out deletions. Failure to comply could result in a fine of up to 500,000 euros for failure to remove posts in breach of German hate speech law within 24 hours. A hate speech taskforce was set up by Justice Minister Heiko Maas in 2015 to attempt to achieve this goal, but appears to have made little progress thus far.