How to Raise Money for Non-Profits via Social Media 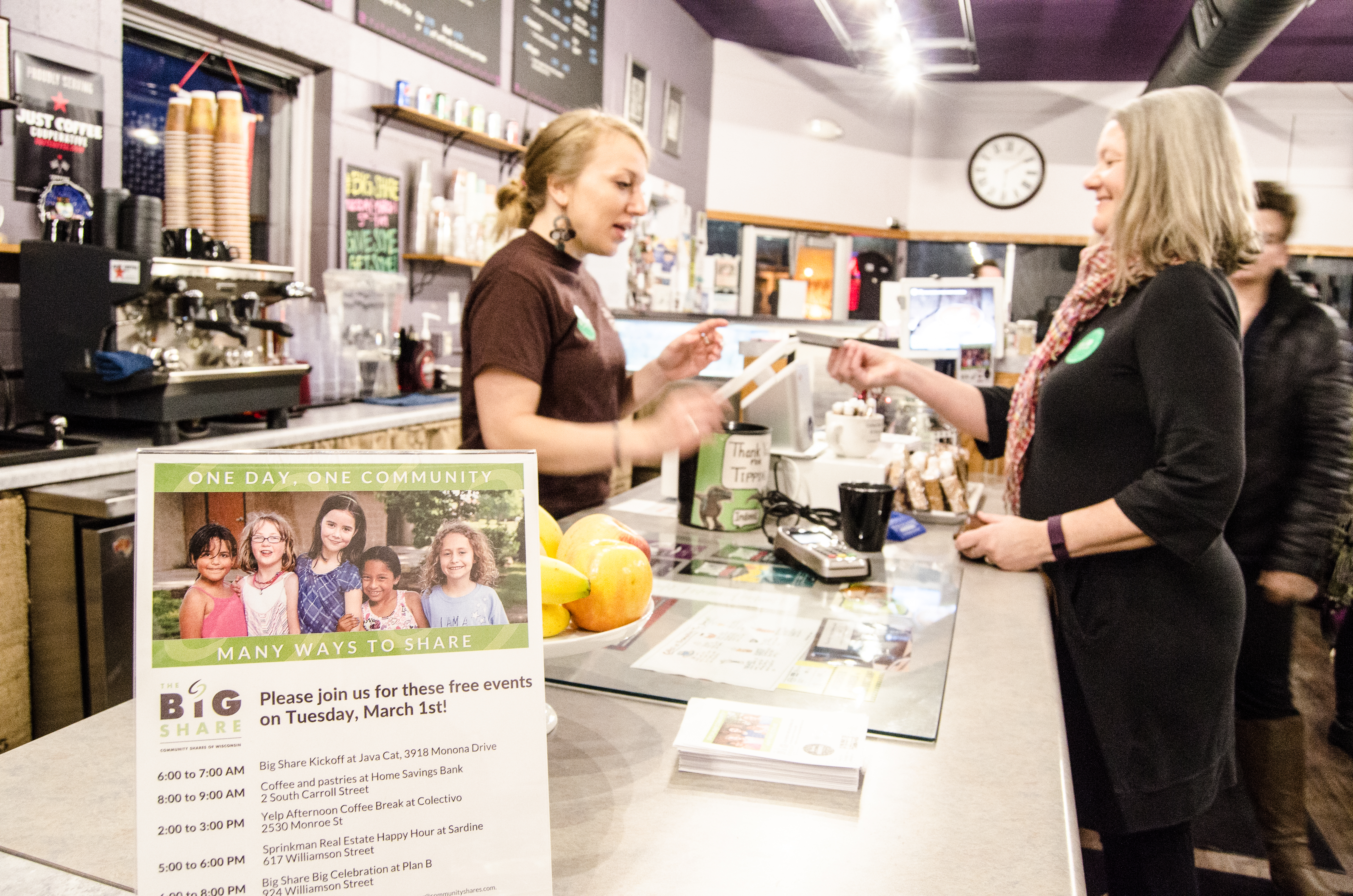 One of CSW’s Facebook posts that uses tagging other non-profits as a way reach new audiences. Taken from CSW's Facebook on 10/17/2016.

After navigating my first few semesters in UW-Madison’s School of Journalism and Mass Communication, I wanted experience outside of the classroom to build my resume. Fortunately, I found a digital communications and social media internship at Community Shares of Wisconsin (CSW). I ran the company’s social media and assisted in other types of digital communications in preparation for the organization’s largest spring event, The Big Share. The event is a 24-hour, strictly digital fundraiser that raises money for 70 local non-profits. Through this successful event — raising $263,103 — I gained important insights into how to be successful in non-profit communications.

Advertising a non-profit on social media is financially sustainable and can reach broader audiences than traditional media like email and direct mail. One of my responsibilities at CSW was to analyze each of the local non-profits that participated in fundraising during the Big Share’s social media events, which helped me the top earners’ best practices. The results were not surprising, but they were impressive.

To make content engaging, we found that consistently posting a variety of stories, with a variety of different content, multiple times a day was the most effective way to engage an audience.

Non-profits that posted more frequently and had higher engagement rates before, during and after the event tended to raise more money than non-profits that did not. Although the relationship between social media performance and amount of money raised was correlational, not causal, Twitter, Facebook and Instagram presences all contributed to a well-rounded communication plan that elicited positive fundraising results.

Canva is an inexpensive alternative non-profits can take advantage of to produce high-quality graphics. Photo by Ned Potter.

Non-profits do not have excess money to spend on pricey commodities like Adobe Creative Suite or DSLR cameras. Instead, they rely on free digital tools that can still be effective in creating content and devising social media strategy. I relied on ActionSprout and Canva the most during my time as an intern.

Canva is a free photo editing tool that allows users to create engaging visuals that can be formatted for Facebook, Twitter, Instagram, email and various other media. Although some of the tools cost money, the free options still allow the user to create effective visuals that increase engagement on social channels.

Although philanthropic content is easy to come by in a city that is politically active and filled with non-profit organizations, finding content that resonates with fans can be a daily challenge.

To address this issue, ActionSprout recommends that non-profits recycle original and aggregated content that is popular among fans on different channels (check out their posting tips, tricks and tools webinar). Using this strategy saves the poster time and engages fans. Regardless of whether the posted content is original, the audience’s reception of that content is most important.

During my time at CSW, local non-profits struggled with how to engage their fans on social media instead of just posting content. Engaging fans can be difficult, especially because Facebook’s algorithm filters certain content to meet the user’s preferences.

To make content engaging, we found that consistently posting a variety of stories, with a variety of different content, multiple times a day was the most effective way to engage an audience. Consistency was key, since Facebook’s algorithm tended to filter out sporadic postings from pages.

For example, posting a link to a story with an engaging visual in the morning, reposting a popular video from another non-profit in the afternoon, and sharing a staff profile in the evening proved to be an excellent way to increase engagement.

You’re Not Alone: Cross-Promote with the Non-profit Community

Community Shares of Wisconsin partners with 70 local non-profits to create massive change throughout Wisconsin. These relationships are vital for CSW’s social media presence. The non-profit network would consistently repost CSW’s posts, and CSW would be tagged in photos, videos and calls to action from other non-profits.

CSW is unique because it has a wide variety of partnerships with so many non-profits. But having a relationship with just a handful of non-profits can be effective, as well. Features from other accounts exposes non-profits to new audiences and engages loyal fans.

Keegan Hasbrook is a senior at the University of Wisconsin-Madison in the School of Journalism and Mass Communication with a certificate in Digital Studies. He currently is a marketing intern for PDC Facilities, Inc., and has held various other marketing and social media positions while at UW. Hasbrook will complete his degree in May and pursue a career in the marketing or advertising industry. @KeeganHasbrook