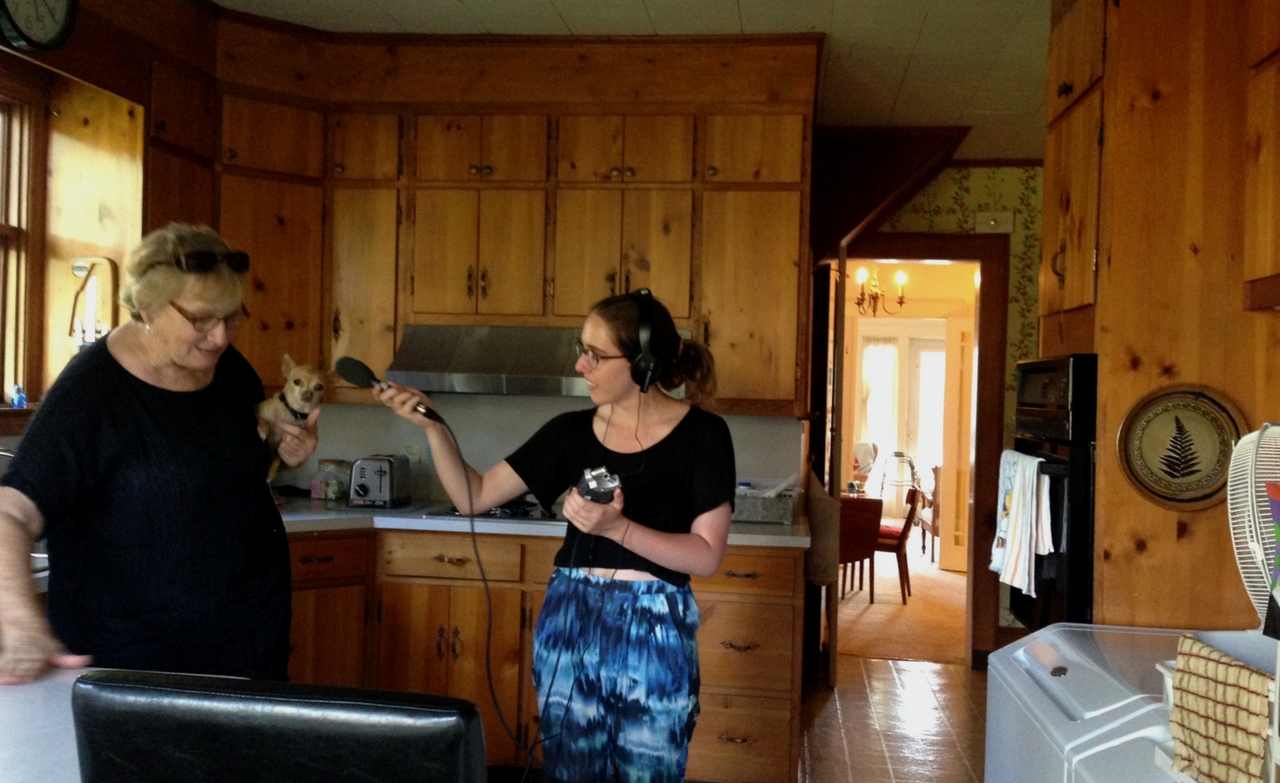 In a high-tech lab on the ground floor of the University of North Carolina-Chapel Hill School of Media and Journalism, a select group of 17 students is creating collaborative stories to be picked up by news organizations throughout North Carolina. These students make up Media Hub, a course designed for students to pursue news stories of interest and create comprehensive, multiplatform productions. The stories are produced solely by students and pitched by students to local news outlets such as WRAL and the Raleigh News and Observer, as well as to media outlets throughout the state.

“Working as a team with people who aren’t necessarily like you is what’s expected in today’s media world,” said Susan King, Dean of the UNC-Chapel Hill MJ-School. “We want students to really have that sense that what they’re producing isn’t make believe, but really in the field.”

Preparing students for the future

Tuggle helped create Media Hub in 2015 when the MJ-School realized there was a disconnect among students of different specialties within the school. Students start their core curriculum together, but soon after separate to one of 10 journalism specializations: Advertising, Broadcast and Electronic Journalism, Business Journalism, Editing and Graphic Design, Interactive Multimedia, MyPlan, Photo and Video Journalism, Public Relations, Reporting, and Strategic Communication.

“Working as a team with people who aren’t necessarily like you is what’s expected in today’s media world,” said Susan King, dean of the UNC-Chapel Hill MJ-School. “We want students to really have that sense that what they’re producing isn’t make believe, but really in the field.”

Media Hub partners with local news outlets that might not have the time to pursue certain stories. Students chase and create stories for up to 12 weeks while a team of public relations students pitches and contacts news organizations to get their classmates’ work recognized. Tuggle said the MJ-School was looking at ways to better serve the state, and providing high-quality content from Media Hub students was the answer.

Kate O’Brian, the Hearst Visiting Professor for the course, and former president of Al Jazeera America, said she’s looking forward to seeing how the course marries the academic and the professional.

“The importance of a course like this is the transition between learning about journalism to doing journalism,” she said. “It’s an environment that prepares you better for professional life.”

Media Hub has a strong connection to the Hearst Journalism Awards, which are considered the Pulitzers of collegiate journalism. The MJ-School won the 2016 overall national championship in June, making it the school’s sixth overall National Hearst Championship. Four Media Hub students won individual competitions for their work in broadcast, multimedia and photojournalism in 2016.

“We want students to create their best work,” Tuggle said. “And part of that is giving them the space to succeed. The awards are simply a recognition of their talents and efforts.”

Leah Komada, a former Media Hub student, said Media Hub offers students both perspective and experience in work that extends beyond the classroom. “We were published in more than 15 professional outlets across the state,” Komada said. “And it all started here in Carroll Hall.”

To view stories created by Media Hub students and picked up by North Carolina news organizations, see links below.

After 20 years, young Pokémon trainers are still trying to catch ‘em all

Jane Violette is a senior public relations student at the UNC-Chapel Hill School of Media and Journalism. She wants to pursue a career in social media and content strategy within the education sector. Connect with her on Twitter.