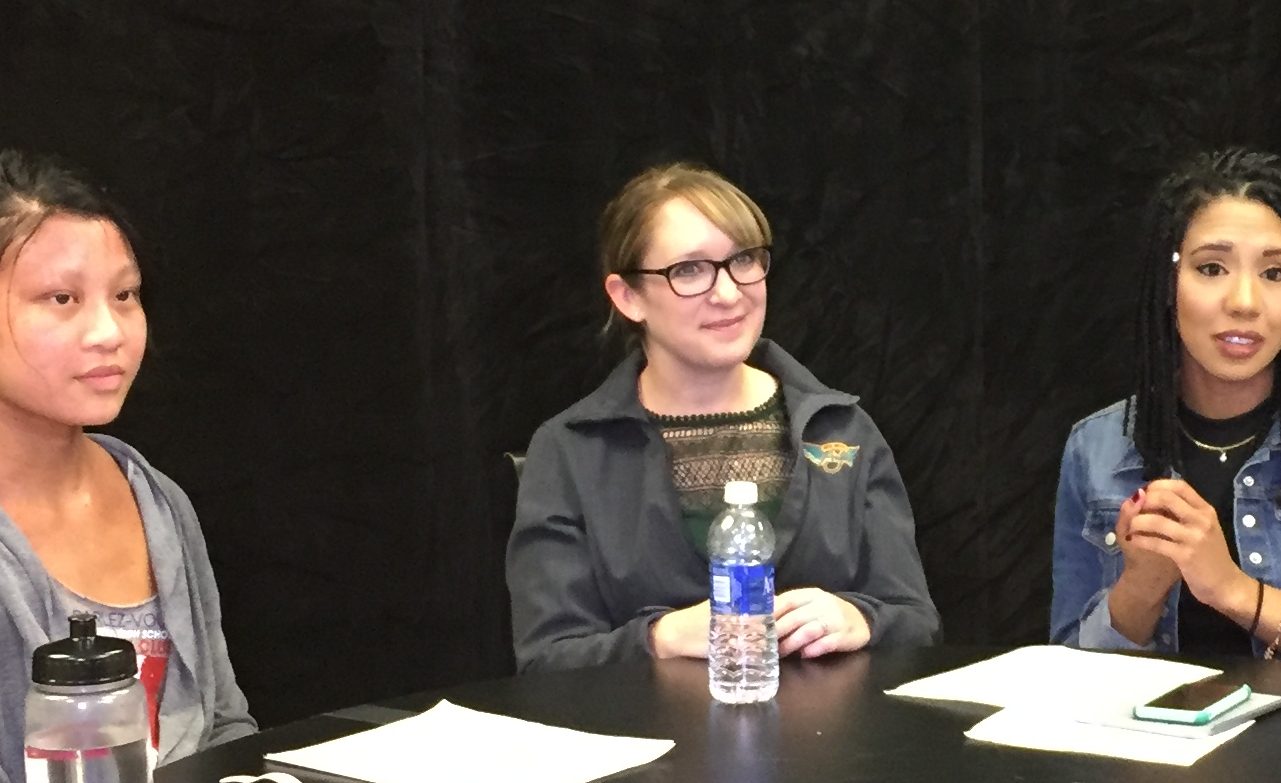 When most journalism students think of the topics they’d like to cover as reporters, the business beat is not high on their lists. For some, it’s not even on their lists.

And let’s be honest: covering job reports and unemployment trends and the opening of the latest chain store can be a grind.

Still, there’s fun to be had on the business desk, and at the New Mexico News Port, a student journalism lab at the University of New Mexico, we decided to focus a recent year-long project on our state’s “creative economy.” (That’s code for interesting people who make a living using their imagination.)

By the end of the two semesters, students who had bemoaned having to write about something so boring said they had actual fun. They covered people including local brewery owners, app developers and the owner of a cat cafe — all part of a group of folks who slowly are diversifying the state’s economy.

Stories for the project, called Creative New Mexico, ranged from an entrepreneur who makes unusually flavored popcorn to local tribal students who are exploring Mars to virtual reality practitioners.

We met female woodworkers, minorities who are training in computer science and coding and two men who craft barrels for aging alcohol. Other story subjects included an immigrant cake maker, a woman with a clothing boutique in an Airstream and people involved with New Mexico’s Space Port.

We also spoke to filmmakers, digital scoreboard creators, app builders, investors and other dreamers for written stories, videos and audio pieces that we published online.

Over the course of two semesters, we produced more than 100 stories. Along the way, News Port interns produced five related live talk show-esque broadcasts on the internet by using Periscope and Facebook Live to broadcast them to our followers.

A screen shot of a page on the New Mexico News Port’s website, where students spent a year chronicling the state’s creative economy. The project looked at ways New Mexicans are working to diversify the state’s economy, which relies heavily on oil and gas extraction but is seeing an uptick in technical and artistic start up companies.

The lessons we learned were many and apply to student project reporting as well as any newsroom willing to examine a topic in depth.

1. To choose a topic, think broadly

Students from a handful of journalism classes were going to be participating in the project, so we needed something broad enough to contain stories from a variety of students over a year.

In the end, the very loosely defined creative economy topic was a perfect fit. It included techy folks, artisans, and those in between. We had some story pitches in the second semester that overlapped on topics covered in the first semester, but by and large, we had enough material to cover from a variety of angles for a year. We also considered other broad topics like water in New Mexico, local veterans, and crime.

2. Plan and get organized AEAP (As Early As Possible)

We met early on with our public media and other partners to see how we could work together, and we scoped out topics of mutual interest and areas of collaboration. It was crucial to the project that we had professional expertise from our local public TV station, where students got help with video production, as well as our local public radio station, where students were mentored in audio production.

From there, we set out to build a story budgeting system. We looked at a few paid programs, but given our limited budget, Google Docs came in handy here. We worked off simple spreadsheets, and our system evolved. We gave Slack a try, too, but giving up on the email habit proved tricky for students and faculty alike.

Coming up with and keeping track of story ideas was equally as challenging, and we started a master document with potential topics to cover. Students were tasked with generating story pitches on the areas they would like to cover, and from there, they got assignments from either a professor or the News Port directly.

In the end, simple documents for planning — although not perfect — served us well.

3. Get student reporters excited about the topic

As for those bewildered looks from students when they learned they would be covering the stories about the economy, they began to dissipate. (Not completely, however, and some students voiced concern about the limited focus of the project in their class evaluations.)

Slowly, many began to see that we weren’t in this to write about the latest bankruptcy or the futures market. We were in this to cover really cool stuff happening around town — some being done by people close to their age. Students also began to appreciate that writing a business profile — much like covering cops or the state fair parade — is part of being a new reporter.

By the end, students had a blast writing about a local “fail” night where entrepreneurs told tales of startups gone wrong, touring sustainable “earth ships” in northern New Mexico and covering a host of interesting speakers. One student said she landed an internship and then a full time job at a local business weekly because of her specific experience at the News Port covering entrepreneurs.

4. Connect to the community

It just so happened that many of the people we were reporting on spend a good deal of time on social media. Because we’re an online news organization, we also live in that same space, relying on the organic parts of our social media strategy to help spread the word about potential stories and published pieces. This made it easy to connect with our community virtually. I’m not sure we would have generated the website traffic we did had we been covering a less techy community.

In person, students connected to the people they were covering by attending events during the semester and doing interviews face to face. For one writing class, local business owners agreed to allow students to practice their interviewing skills on them as business owners worked to pitch stories to the students.

5. Show off behind the scenes

Some of our more successful efforts on social media involved showing the world what we were doing behind the scenes — and how we did it. For our live shows, we tweeted about some of the technology — in our case an iPad mini and a microphone — that we were using to produce the show. Students showed interest in that and stopped by our lab to check it out.

We also used Snapchat and Instagram to show off our newsroom or give a peek at our show rehearsals. These platforms seemed a perfect fit for students who are already comfortable in selfie mode, as well as for other students in the department who weren’t involved in the project, but wanted to know more.

In the end, the students who took some time to warm up to the topic felt at home using social media to show the audience that they were traveling on assignment, or to solicit questions for an upcoming interview — taking a “boring” topic and having some fun with it.