How Educators are Approaching Citizenship, Democracy and Journalism 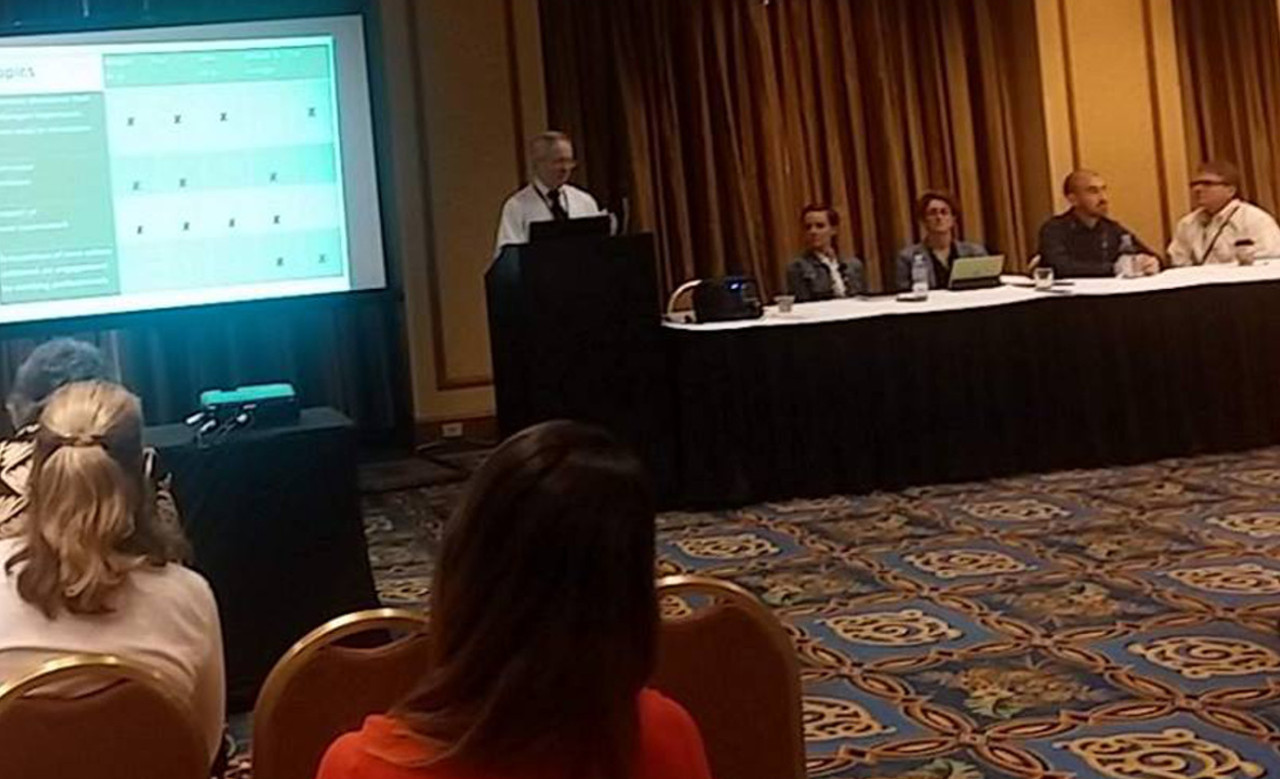 We are in the midst of an election season in which, once again, the impacts of the media on the political process are center stage.

On the one hand, one presidential candidate seems to be running against the media as much as he is against his opponent, claiming inaccurate and biased coverage are undermining him. On the other hand, a Harvard University study says the same candidate benefited mightily from media coverage in the nomination period. Meanwhile, vast segments of the public are disgusted with one or both candidates, and media coverage focused on gaffes, scandals and poll results probably has something to do with that.

Clearly, we need better journalism in service of democracy. This spirit and motivation were behind a joint effort of the Association for Education in Journalism and Mass Communication (AEJMC) and the Kettering Foundation, which resulted in a presentation of research about journalism innovation at AEJMC’s annual conference in Minneapolis in early August. (The conference presentation was just the first step; the papers also will be published in a forthcoming issue of Journalism and Mass Communication Quarterly, AEJMC’s main scholarly journal.)

AEJMC and the Kettering Foundation collaborated to present journalistic innovation at annual conference in Minneapolis.

A Year in the Making

The conference presentation was the culmination of a yearlong effort that began when incoming AEJMC President Lori Bergen, working with Kettering Foundation Senior Associate Paula Ellis and others, developed a Presidential Initiative for Bergen’s upcoming 2015-2016 term. This initiative focused on a special research effort to explore the relationships between journalism education and practice with citizenship, communities and democracy in the digital age.

The call for papers emphasized a particular view of democracy as conceived by Kettering:

In this definition of democracy, the role of the citizenry is key for democracy to work effectively. Citizens need not only to understand the issues at hand, but also to talk with others about what should be done, and work their way through to some judgment about what is important to them. Developing this judgment through these democratic practices then enables citizens to be active in addressing the problems that concern them through political actions or their own collective efforts.

In other words, the call was meant to elicit research that did not address the usual calls for action against the usual complaints. Instead, it sought to explore new approaches to journalism that could support the “Kettering-style” community-initiative orientation to democracy.

The call brought about 50 submissions, which were evaluated through academic peer review to select the five presented in Minneapolis as follows:

The projects employed a range of methods, including qualitative analyses of student and professional comments, along with quantitative surveys and content analysis. They ranged from purely classroom work where students are encouraged to cover communities differently (Borron et al. and Robinson) to the impacts of civic-minded curriculum (Nelson et al., and also Lowrey and Daniels), to professional values that seek to embody better engagement with community concerns (Ferrucci, and also Lowrey and Daniels here, as well).

The research was presented at the conference in the order listed above, building from the classroom to the newsroom. The projects shared some common – and important – themes, starting with the effectiveness of new approaches to instruction and professional practice. The papers from Borron et al. and Robinson about their innovative courses and the one from Ferrucci about non-profit online news sites illustrated the value of getting students and professionals to engage more directly with community members and groups. This helps them become part of that community rather than merely covering it with traditional news values. Decades of research into how journalists approach their work demonstrates that news routines affect coverage and content, so new community-focused work routines are bound to make a difference in community coverage.

The work by Nelson et al. and by Lowrey and Daniels, meanwhile, indicates when civic engagement topics are emphasized in the classroom, it will have an impact on students’ mindsets about it. This is perhaps the key finding because changing mindsets from the outset – while students are still learning to do journalism – offers perhaps the greatest potential for reforming the practice of journalism.

This is something Kettering realized when it formed a Journalism Educators Exchange two years ago, which has been instrumental in bringing about this project. The work so far seems to validate the worth of developing and implementing curricular initiatives designed around journalism supporting community-initiated democratic activity.

Jack Rosenberry is a professor of Media and Communication at St. John Fisher College in Rochester NY, and co-editor of the book Public Journalism 2.0: The Promise and Reality of a Citizen Engaged Press. He was the research director for the AEJMC special research call on Revitalizing the Bonds of Journalism, Citizenship and Democracy, presented with the Kettering Foundation’s support.