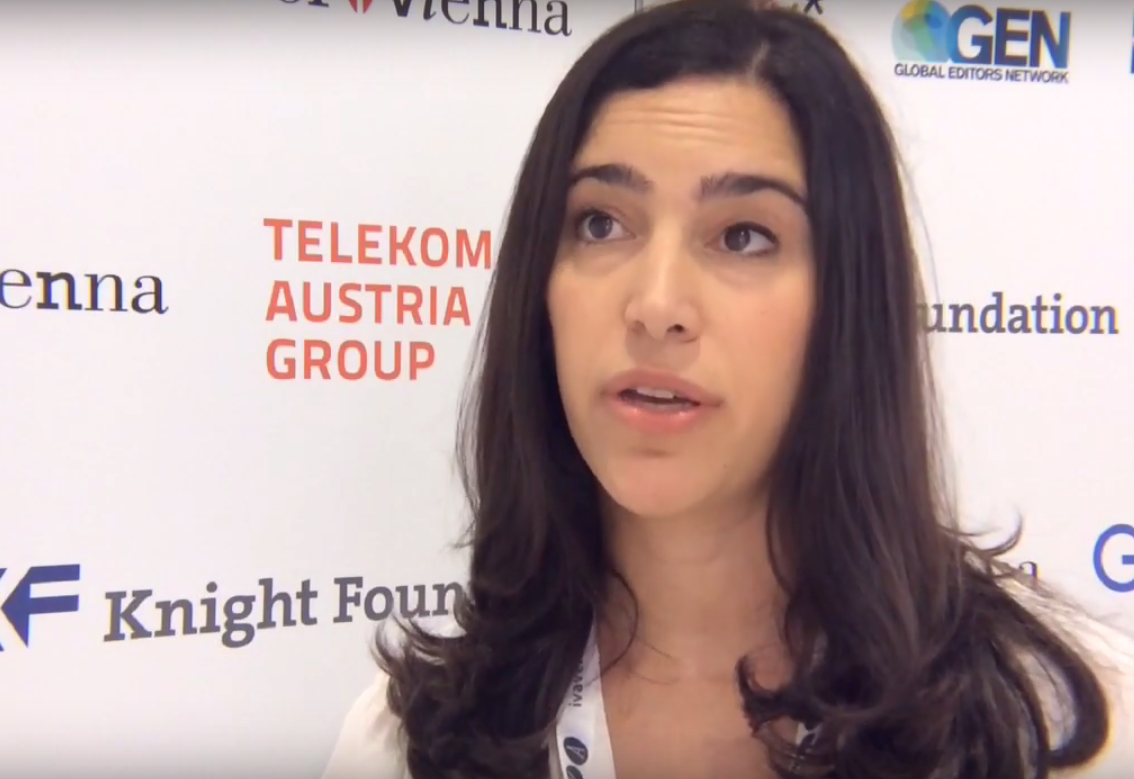 Innovation in journalism often doesn’t originate from established media companies but stems from former practitioners who have ideas, an entrepreneurial spirit and a fundamental understanding of the possibilities and challenges of the media industry.

A prominent example of this new generation of media entrepreneurs is Lara Setrakian. Like many reporters-turned-innovators, Setrakian had years of experience at major publications under her belt when she struck out on her own. After half a decade with ABC News and Bloomberg Television in the Middle East, Setrakian founded News Deeply in 2012, a content platform dedicated to single topics like the Syrian civil war (Syria Deeply), the water shortage in California (Water Deeply) and the global refugee crisis (Refugees Deeply). The rationale: In today’s increasingly short news cycle, complex topics get a raw deal, and in-depth coverage falls by the wayside.

At the GEN Summit in Vienna, we talked to Setrakian about why content platforms tailored toward specialized communities matter and grow in popularity; what topics she will tackle next; and how tech can help journalism. Below is an edited video of the conversation as well as some of the highlights in Q&A format.

Benjamin Bathke: Which problem did you set out to solve?

Lara Setrakian: With these very important and complex issues, the mainstream press is having a lot of trouble keeping up. They don’t stick with the story but jump off to the next thing, and you often have orphaned topics that never get coverage at all.

Tell us about impact journalism. Why does it matter?

Setrakian: It’s a bit ironic that the new wave of journalism goes back to the original principles of journalism. I think we have seen a lot of economic pressure to cut out the heart of the media profession. One exception is Germany, where you still see a lot of in-depth coverage. That’s a really powerful thing — having an audience that cares about these issues. We need to think about it on a species level: How would our species need to understand this situation we’re in today, whether it’s climate, environment, geopolitical issues, conflict, migration at a global scale. These are things we can’t afford to miss. If we don’t fully understand them, if we don’t have data — stories, in other words — we’re never going to be able to synthesize these situations and come up with an answer.

What are your goals for News Deeply?

Setrakian: I want News Deeply to become a major institution in the publishing world. I want it to become profitable, I want it to prove that when you go the high road and you produce interesting, important, true, accurate journalism on the issues that count that it can pay for itself. That is a big challenge, and it’s a bit idealistic to take it on, but we’re off to a good start and I won’t stop until we’ve proven it.

What tech innovation do you see emerging in the next five years that will really help journalism?

Setrakian: We have already seen an incredible field of tools for any practitioner, for any media startup. It is a perfect era for building something new. The News Deeply model — vertical publishing, single-topic publishing, one-to-few publishing — has been identified as one of the trends itself in media and technology. We are a living example of how you use technology to reorganize and reorient media as a whole.

How can tech power good?

Setrakian: The largest players in our industry have been the worst at innovation. They’re incredibly slow, and change management, the very culture of innovation, has been very hard for the major players to master. Incumbent players like the New York Times or the Washington Post under Jeff Bezos have been starting to move in the past two or three years. But for the first 15 years of the digital revolution, they weren’t creating anything new. What makes the difference is not just having the technology but the political will to use it. As a result, many of the biggest innovators in this field are people like me who have left incumbent houses to start their own thing.

Which role does venture funding play for media startups?

Setrakian: We raised a seed round of 2.5 million U.S. dollars from both impact investors and venture capitalists, so both people who believe in our mission and hard-nosed capitalists who think this is a big opportunity. Venture funding is extremely important for media startups. I also think impact investment should look closely at the media sector, because for impact investors who care about solving the world’s biggest problems, it’s not going to happen if you don’t have independent press there to help things along. It’s important because you need a runway to prove the model. It’s not always about levering up for 100x return, at least not initially. But I do think that with runway to solve a major problem in media, you will naturally create tremendous value, which makes the opportunity to create a valuable property by doing good with your work tremendous. There are a lot of platforms out there covering cute cat videos and clickbait, so I believe the opportunity now is on the other end of the spectrum. It’s a contrarian move, but a lot of contrarian moves end in tremendous success.