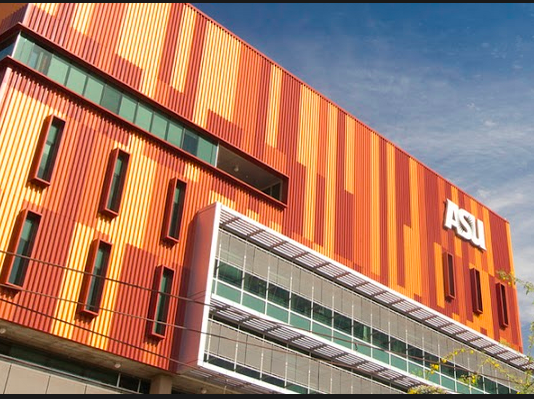 Google is taking its news and storytelling straight to the next generation, starting with Arizona State University’s Cronkite School.

For the team at Google News Lab, which has trained some 40,000 professional journalists on its suite of tools (Google Fusion Tables, Google Analytics and Google Trends among them) in the last two years, the Cronkite School was a natural partner.

“If we are going to try to work with entrepreneurs and journalists to craft the future of journalism, we need to be able respond to the needs of where journalists are at.” – Nicholas Whitaker

While the partnership, launched in June, is in its infancy, the leaders behind the project are optimistic about its potential to captivate students’ interest – and dramatically increase access to quality instruction on one of the best arsenals of digital journalism tools available.

A look at Google News Lab’s suite of tools for journalists.

When strategizing for Google’s entrance into the world of “dot edu,” ASU’s Cronkite “teaching hospital” instruction model made it an ideal partner for the News Lab team.

While plenty of tech giants have tools geared for educators, few have taken serious time to hear from educators about their needs and how to best meet them, Eric Newton, the innovation chief at Cronkite, said in a phone interview.

ASU was also an attractive choice for Google because it’s a major news provider for the greater community.

Trainings on Google News Lab tools will start with staffers at Cronkite News, the immersive Arizona PBS newsroom where students work with professionals, along with Newton’s innovation tools class. While that means only a trickle of students have received instruction on Google’s tools this summer, Newton predicted that number would increase into scores and then hundreds as the school year starts, when the trainings kick into high gear.

“The trend line is what’s important,” he said. “Right now, it’s a story about, can journalism schools and technology organizations help each other and each get something out of it?”

For now, it’s too soon to tell, but both parties are optimistic. Nicholas Whitaker, Google News Lab’s media outreach manager, emphasized that News Lab staffers would focus on being responsive to the feedback of ASU students and instructors.

Whitaker has so far appeared for a training via robot (called a virtual presence device) when the partnership kicked off earlier this summer. But both Whitaker and Newton emphasized the program is in its early stages, with the form, direction and content to be determined based on the needs and interests of faculty and students.

“The way their program is built around innovation, they’re able to iterate in a way many universities might struggle with,” Whitaker said in a recent phone interview. “If we are going to try to work with entrepreneurs and journalists to craft the future of journalism, we need to be able respond to the needs of where journalists are at.”

A screenshot from a Google News Lab tutorial on My Maps, a tool to build interactive maps.

For now, it’s too early to tell whether Google News Lab will build or change their existing tools based on the feedback they receive. But it wouldn’t be the first time.

Based on feedback gleaned from journalists working with newsrooms around the world, Whitaker said Google Trends, the tool to visualize real-time news trends, underwent a major revision to boost its breadth, depth and speed. He also said the next great Google News tool could come from a student’s idea.

“It’s not the usual suspects where innovations come from,” he said. “Students are the ones who can see the future of what journalism will look like.”

In one meeting, the tools were already grabbing students’ interest. One student was so excited by the “magic” of Google’s real-time translation tool, which allows users to get a sense of what a foreign language document says by passing their smartphone over the text, that they jumped up and started running around the classroom to share the results with their classmates, Newton said.

“It’s to the benefit of any journalism school and all journalism schools to be more current. Our reputations depend on that,” he said. “One of the big issues is: How do we make it possible through different kinds of projects for students to be exposed to new things as fast as they’re coming out and not have technology be a barrier because of the way we think about how things have to be taught?”

This year, after a multi-day training with Cronkite News in August, Google plans to launch its newly revised one-stop-shop news tools site to coincide with the Online News Association’s conference in September, based largely on feedback from ASU and other partners.

In the longer term, Whitaker said he wants to work nimbly to create a modular curriculum that would allow educators to cherry-pick to suit their needs.

He also emphasized that while Google News Lab’s new program is being piloted at Cronkite, his team wants to hear from journalism educators about their suggestions and ideas for future collaborations.

“If we can arm journalists with the skills they need to really help tell stories in unique ways, that in general is the best measure of success,” he said. “And If they’re using our tools to do that, all the better.”

Katherine Krueger is a writer and editor in New York City. She is a breaking news reporter for Talking Points Memo and a University of Wisconsin-Madison alumna. She tweets frequently @kath_krueger.