No Matter Who Takes the Election, Mobile Wins Big in 2016 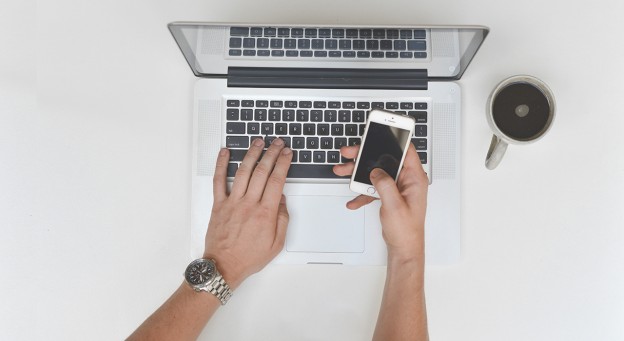 The following piece is a guest post from Noor Naseer and Grace Briscoe of Centro. Guest posts do not necessarily reflect the opinions of this publication. Read more about MediaShift guest posts here.

If you’re wondering how deeply mobile technology has permeated American culture, look no further than the 2016 presidential race.

Ted Cruz used data from his campaign app to compile voter profiles and design messages based on their personalities.

In April, CNN launched an iOS app that offers in-depth poll tracking. Users can follow along as the race heats up, dissecting poll numbers and making their own predictions about who will come out ahead in November.

As Ben Smith, the editor-in-chief of BuzzFeed, puts it, mobile will “change politics the same way it is changing American life broadly.”

Smartphones are a primary source of information and a constant companion for young Americans — 87 percent of Millennials report their smartphone never leaves their side, and 83 percent report they sleep with their phones. Their parents and grandparents are following suit. Four out of 10 smartphone users who are 65 and above also use their mobile devices to keep up with breaking news. PricewaterhouseCoopers predicts that mobile will constitute 49 percent of online ad spend by 2020.

Mobile usage continues to increase, already exceeding the time spent on desktop computers, and it’s projected to exceed the time spent with TV before the 2018 midterm elections. Smartphone and tablet ownership have grown 38 percent and 69 percent, respectively, among likely voters since 2012.

Snapchat, Twitter, Facebook, Periscope, Meerkat, and other social platforms allow campaign observers to receive real-time updates on candidates. More and more people are taking on the role of citizen journalists because they can instantly share content on the go from debates, rallies and town halls.

Strong mobile political strategies unfold in three stages. If you’re a political advertiser, here’s what your game plan should look like:

1. Identify: Smartphones provide a wealth of precise location data that can identify potential voters. It can be tricky to target most forms of advertising to voters of a particular district in metropolitan areas, where constituents may live in the suburbs but commute downtown to work.

However, by mapping which neighborhoods they return to at night, mobile data can identify residents and be used to target them throughout their day — wherever they go. Furthermore, location information can identify key supporter groups based on their attendance at local political events. Where people are and where they go, day in and day out, not only helps identify target audiences, but it also indicates which message may be the most engaging.

2. Educate: Persuasion is key to political advertising, and research has demonstrated the persuasive influence of mobile. In a comScore study released early this year, “mobile brand lift was more than double that of desktop” across key metrics, including awareness, favorability, and likelihood to recommend.

Political advertisers have long understood the emotional power of video, and mobile videos extend that ability to endear voters to your candidate or drum up support for a ballot initiative. Videos are easy to play on smartphones, and people are accustomed to watching short snippets while they’re in line for coffee or sitting in the waiting room at the doctor’s office.

Research shows that 80 percent of consumers remember what they learned from a video 30 days after viewing it, and 92 percent share mobile videos with their networks. Mobile is to the 2016 election what Facebook and Twitter were in 2008 — which is to say that it’s a game changer. Videos engage people’s emotions, and mobile affords you greater reach when bringing that content to viewers.

3. Motivate: Once you’ve persuaded people to your candidate’s side, you need to get them into the voting booth. Being able to contact constituents based on proximity to voting locations is a new trend that’s gained steam during this cycle. Geofencing can focus ad messages in the vicinity of early voting locations, reminding voters and reinforcing your campaign’s message in the crucial moments before ballots are cast.

The Future of Mobile

The technology used to gather mobile location data has changed a lot since 2008. Scalable technologies used to pinpoint and capture mobile user location have improved, and the volume of apps in which users gladly share their location data has increased dramatically. Marketers can now observe people’s GPS coordinates. The ways advertisers are using mobile data is more complex. The goal is to get ever closer to audiences so you can understand how they operate and engage them at the right time.

App usage provides useful details about voters that can complement location data. If someone uses the Fox News or Rush Limbaugh apps, it’s a fair assumption that she’s an engaged conservative. People who download apps from The Huffington Post or NPR probably lean Democrat. You can combine those details with location information to create personas for your target audience. This is a more precise approach than relying on location information alone.

Cross-screen strategies are also extremely powerful, with 41 percent of likely voters using a second screen while watching television. Syncing ads across people’s smartphones, tablets, laptops, and televisions allows you to reinforce your message or disrupt your opposition’s advertising spotlight. New technology identifies when an ad airs on someone’s television and triggers supplementary content on tablets or phones that are in use in that same household.

Regardless of election results, mobile is the big winner of 2016. People live on their phones; it’s only logical that they’d want to practice democracy there, too. Political advertisers need to fully embrace mobile technology if they want their candidates to have a fighting chance.

Noor Naseer is the director of mobile at Centro, providing guidance on mobile media strategy for agency and advertiser clients across the country. This article is also co-authored by Grace Briscoe, vice president of Centro’s Candidates and Causes group, which delivers digital media expertise and technology for political marketers. Centro provides digital advertising software to help marketers streamline and scale digital campaigns.