Librarian Turned Journalist: How Columnists Bridge the Gap Between Media and Library 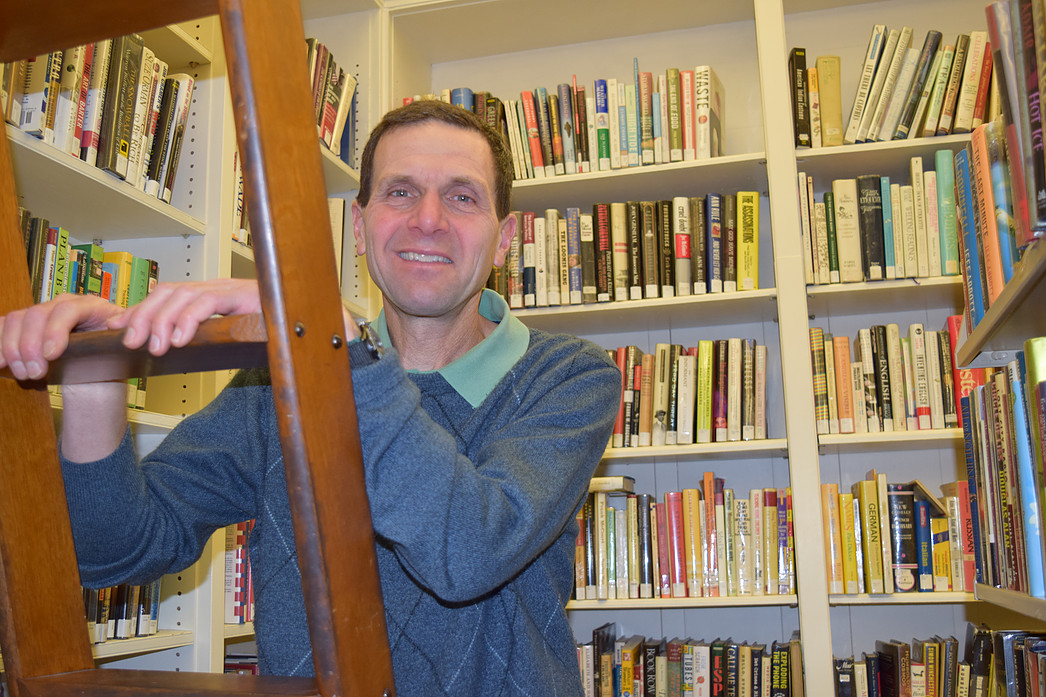 For librarians, one of the goals is to share the library goings-on with the community, to let everyone know not only what kinds of classes, programs and events are available and open to the public, but also to share news about what librarians do on a daily basis. Librarians support a community’s cultural and informational needs, and continue to champion the public’s rights to information access, literacy and privacy. And what better way to reach the community, active and passive library users alike, than through a column in the local paper?

Librarians support a community's cultural and informational needs, and continue to champion the public’s rights to information access, literacy and privacy.

Public librarians Julie Winkelstein and David Kent have both delved into writing columns for their local papers. For six years Winkelstein wrote “At the Library,” a weekly column appearing in San Francisco Bay Area newspapers, and Kent, director of the Cooperstown Village Library in upstate New York, currently writes “From the Librarian” for the Cooperstown Crier. Both established writers as well as librarians, they have used their newspaper space to share library news, events and book reviews, but made the columns their own by opining about local library issues, sharing stories featuring local authors, and connecting with their readers on a personal level.

David Kent moved from Palo Alto, California, to Cooperstown, New York, 22 years ago to be near the National Baseball Hall of Fame library. Enchanted by the small-town charms of Cooperstown, a village of around 2,000 people, he instead got a job at the local public library, a delightful red brick building with architectural detailed shelves and cozy reading nooks. Several years later, when the library director retired, Kent assumed the position.

In his Californian past life, Kent wrote for his hometown Palo Alto Weekly, covering local sports news. Six years ago, he started thinking of taking back up a beloved pastime.

“I know a lot of people in the village,” Kent told me in a recent interview, “and so many people come to the library!” He determined that he wanted to reach out to the library regulars and townsfolk alike, and decided that writing about library events for the Cooperstown Crier would be a good way to keep folks up-to-date on library news and book reviews.

Kent talked to the Crier’s editor, who said, “Go for it!” He started off writing every few weeks, but “From the Librarian” soon became a weekly occurrence.

“I think Dave has done a great job of keeping the community informed about the library through the Crier,” current Crier editor Greg Klein wrote via email. “In the time I have been here, our libraries have completely changed how they get funded, and I know Dave’s column helped to explain to people why the changes [were] sought and why he was in favor of it. He also does a great job using his column to let people know what library events are upcoming.”

“As you might expect from a librarian, Dave is a versatile writer,” Klein added. “He does book reviews, event summaries, occasional advocacy pieces, and he always puts a positive face on the library and its services and events.”

“I write timeless articles,” Kent said. “And I get great feedback from people in the village, and total strangers.”

The impact of Kent’s column on the library was palpable, and immediate. “You find out from talking to people, or overhearing conversations. People say, ‘I’ve got to come in and read that book you reviewed!’”

Kent’s “most treasured feedback” was also the most surprising. After he purchased a book for the library, the only one in the Cooperstown Library Association who did so, he got a note of thanks from the author. “It was a story a son wrote about his father’s experience in WWII, his daily life. I wrote a very nice review, and got an email from the author, thanking me!”

Kent never imagined that his column would have such an impact, and was humbled by the experience.

“My readership loves me writing about books, reviews, and I put myself and my own experiences in it, and they like it. It’s a labor of love.”

Accordingly, Kent’s advice to budding library columnists is: just be yourself. “If you enjoy writing, and you’re interested, local papers are usually interested. Just be your own person. Put the writing in your own voice, and they’ll get it.”

Julie Winkelstein was a children’s librarian at the Albany Public Library in Albany, California. Her column, “At the Library,” was published weekly in several San Francisco Bay Area newspapers from 2003 through 2008.

Winkelstein, a member of the American Library Association’s Social Responsibilities Round Table, was inspired to write a library column to help the public understand how libraries strengthen and contribute to the health and vitality of communities in ways most people aren’t aware of.

“I wanted to make librarianship personal,” she said when we talked. “I feel like there’s a tendency to use the word ‘library’ and there’s a stereotype, and you immediately erect a huge barrier and you can’t get around it. I wanted people to see through the eyes of a librarian, what the world looks like to me, and what libraries are like.”

“I believe that libraries extend the health of people in their communities, because we address issues like early literacy, meaningful employment, creating connections. We bring people together, and provide internet [access] so people can apply for jobs or housing. We contribute to the fabric of a community and we’re very important.”

Winkelstein was visiting a library on the East Coast when she saw a post on a bulletin board about a weekly newspaper column, and thought it would be a great idea for the Bay Area library-to-community connection. She ran the idea by her manager, then contacted the local newspaper. The editor asked for a sample of what she had in mind. “Once they saw my first column, they gave me a word limit—800, pretty typical for a column—and after that I would send my column to the editor, and most of the time they didn’t make any changes.”

“I didn’t want it to be a calendar,” Winkelstein added. “If there were [library] events that were meaningful, I’d talk about them, look at them in a bigger way.” Winkelstein helped readers understand library jargon, discussed customer service in the library, and shared librarians’ views on the “bookstore model of public libraries.”

Over the years Winkelstein had three editors she describes as “wonderful.” “They were very open minded, even when sometimes the column would have a really loose connection to the [Albany] library. I wrote about things like a visits to the San Francisco airport’s aviation library, and other libraries I visited when I traveled.”

Craig Lazzeretti, East Bay Times metro editor of Bay Area News Group, was one of those editors. Lazzeretti confirmed via email that he enjoyed working with Winkelstein, a librarian with strong ties to the community, and particularly admired her ability to identify original topics to write about.

“Originally, I feared it would be a rather bland recitation of events at her library branch, which is the form these columns often take,” Lazzeretti wrote. “But Julie was very skilled at putting the work she was doing at the library in the context of larger societal issues, whether dealing with literacy, poverty, early childhood education [or] technology.”

Lazzeretti called out a column about library access that Winkelstein, with her focus on social justice, wrote in the context of libraries and homelessness.

“I also recall her writing often about technology and the ways in which libraries could [and] should use technology to reach and serve patrons in new and interesting ways,” Lazzeretti added.

“She did a very good job of capturing the role of libraries as community gathering places and educational tools for the broader population, and the innovative ways in which they could carry out those missions.”

And it wasn’t only newspaper readers that benefited from the column: the Albany library saw increased support as well. “It raised the profile of the library and community,” Winkelstein said. “People would come in and say they had no idea the library did all of this! It was amazing.”

Winkelstein also received positive feedback from readers, who often recognized her from her picture in the column. They wrote to thank her for writing about library-related issues, offered suggestions for future columns, and invited her to speak at events. She received a request from Reading is Fundamental to write about the program for the benefit of the community, and was even invited to be a guest on local radio show, KPFA Cover to Cover, just because the host read, and loved, her column.

Winkelstein stopped writing the column only when she started a PhD program. “I do other types of writing now, but I fantasize about writing weekly again,” Winkelstein admitted. “I really believe in library columns—I believe every library should do it.”

Alison Peters is a freelance writer happy to be joining the librarian ranks, with a Master’s in Library and Information Science from San Jose State University in May 2016. Alison shares her love for all things bookish on Book Riot, and you can find her serious professional side on LinkedIn.