How Die Zeit Reinvented Itself by Talking to Users, Focusing on Speed and Depth 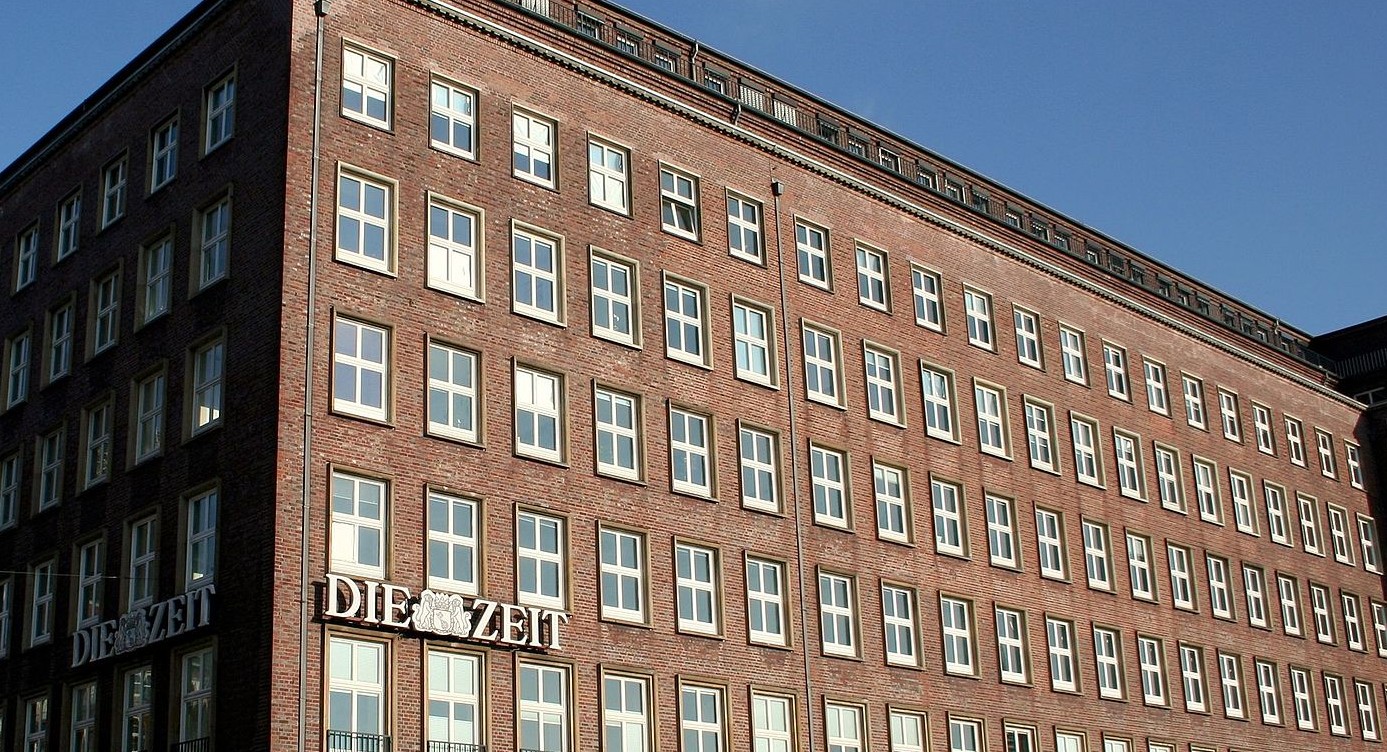 This post originally appeared on the John S. Knight Journalism Fellowships website and is republished here with permission.

Martin Kotynek came to Stanford as a 2013-14 JSK Fellow with the goal of re-imagining the news article for the digital age. He had previously joined Germany’s largest weekly paper, Die Zeit, as an investigative editor, and even before Martin finished his fellowship, Zeit asked him to return as deputy editor-in-chief of Zeit Online, tasked with the strategic development of one of Germany’s largest news sites. He is in charge of editorial product and innovation, engagement, interactive storytelling and investigative reporting. JSK spoke with Martin recently about how he’s using design thinking to transform Zeit Online, which just celebrated its 20th anniversary.


"When you look at analytics, you only see what users do on the site, but when you talk to your users, you learn why they do it."

What was the first thing you did at work when you came back from Stanford?

Martin Kotynek: Our audience is quite young. Our largest user group is people in their 20s who get their news mostly on their smartphones. We knew we wanted to relaunch our website to create a better user experience, especially on mobile, but we weren’t sure what our users needed. So I decided to find out, and met up with 40 of them.

Kotynek: Yeah, with most of them we had long discussions over dinner. It was amazing. When you look at analytics, you only see what users do on the site, but when you talk to your users, you learn why they do it. We went through their whole day, how they used the news and what their needs were at different moments. I especially remember Marlon and Salomon, who only visit us via social media, and Anath, who goes through our newsletter first thing in the morning, clicking on every single story and returning back to the newsletter every time. None of the three ever visit our homepage, but apart from that commonality, they have completely different needs. And I remember Philip, who obsesses over our homepage: He always wants to get a quick overview of what’s important right now and reloads it several times per hour.

With such diverse input, how did you arrive at the key elements your site needed to focus on?

Kotynek: We narrowed it down and saw that one thing kept coming up: Our mobile users want speed and depth at the same time. We focused the whole relaunch on that need. It became clear pretty quickly that we had to rethink our reporting style, create new storytelling formats and change our design.

How did you begin the process of creating the new Zeit Online?

Kotynek: We gathered about 30 reporters, editors, designers and coders, as well as colleagues from the print newsroom and from the business side, in a workshop. Everyone had to interview at least one user beforehand. First we went through the results of our interviews and then we looked at existing mobile storytelling formats for inspiration. After that, we started to rapidly sketch out new ideas in small groups.

We developed a game using cards that allowed everyone to come up with crazy ideas that they likely wouldn’t say out loud in a meeting. Everyone used scissors, paper and glue to create rough prototypes of their ideas, just like we did as JSK Fellows at the Stanford Hasso Plattner Institute of Design, the “d.school.” A few steps later, we all had clickable dummies on our phones so we could get feedback and pitch our prototypes to the whole group. Within just a few hours, we had come up with more than a dozen new formats. They became the basis for what we launched a year later.

Which ideas made it?

Kotynek: We saw that many groups decided to use cards to tell a story. This was a common theme. We asked ourselves: How can we use cards to make a story “swipeable” and to bring speed and depth to our mobile experience? Together with our design agency EdenSpiekermann, we tried out several prototypes and showed these mock-ups to users who had agreed to become part of a closed Facebook group after our dinner interviews. It turned out that card stacks had to be highly interactive — users wanted to not only read but to really engage with the content. They wanted to branch off at different points in the story to dig deeper; they wanted videos, GIFs. I think we went through six or seven rounds of iterations until our users were happy. We didn’t start writing even a single line of code before that.

Now, after the relaunch, card stacks have become one of our most popular storytelling formats. We use them to give a quick, interactive overview of a topic, for example our investigation into right-wing violence against refugees in Germany, or an explainer for Europeans on how American football works, or tips on how to drink alcohol responsibly. From there, we invite users to learn more in additional stories accompanying the card stack.

What other innovations did you come up with?

Kotynek: Users told us that they find it quite difficult to catch up with an ongoing news story if they haven’t been able to follow all of the recent developments. Many users mentioned the debt crisis in Greece or the conflict in Ukraine. We wanted to create a way to catch users up on what they missed while on vacation, for example, or if they had simply been too busy to check the news. Using a very similar approach to our card stacks, we came up with “Live-Dossiers” — story streams that give you the most important developments of significant stories. You can scroll through the whole Greek crisis, the dispute between the FBI and Apple over unlocking an iPhone or the Volkswagen emissions scandal. The tool empowers users to judge for themselves if a new event is important. It connects with a concept that I explored with a colleague during my JSK Fellowship, called OnRamp, which looked into the atomization of stories and explored what would happen if we could move parts of stories or integrate them in other places.

What were the final steps taken before launching the new zeit.de to the public?

Kotynek: We did a beta phase, slowly opening up the new site to a growing number of users — first to friends and family before then sending users randomly to the responsive site. Based on users’ reactions, we made some additional changes and finally, after more than a year, we launched last September. Since then, our traffic has grown strongly, with much of the increase coming from mobile.

What advice would you have for others trying to innovate in a newsroom?

Kotynek: Focus on the user. For our relaunch we used design thinking, the human-centered design approach they teach at the d.school, where I took classes and worked on projects as a JSK Fellow. There is a lot of jargon and it sometimes feels like a cult — I had a few moments where it felt like too much finger snapping and Post-it throwing. But the design thinking methodology is flexible; you can take the tools you need and those that fit into your culture. When I came out of Stanford, I knew design thinking worked in a university setting — on a campus where everyone is willing to engage. But I had to believe that design thinking would work in a news organization off campus and in Germany, too. Two years after the fellowship, now I know it does. In addition to the relaunch, we’ve been using the methodology on several projects, for example for our “innovation report,” which was inspired by the one compiled by The New York Times. Design thinking leads to solutions that we couldn’t otherwise have anticipated.

What else did you take from the JSK Fellowship?

Kotynek: The fellowship helped me understand innovation processes in news organizations and prepared me to drive them forward in a leadership position. It really helps to be able to draw on the experiences of experts like Joel Peterson, the chairman of the board of JetBlue Airways, who taught a class at the Graduate School of Business called “Managing Growing Enterprises,” or Jeffrey Pfeffer, who researched power dynamics in organizations. From Susan Athey I learned more about platform dynamics and network effects. And simply by spending time in Silicon Valley, I understood more about where our industry is headed. Apart from classes, I directed a short play at the drama department, students taught me the basics of JavaScript and, together with other Austrians on campus, I co-founded the Stanford Austria Club, a student organization. But the best part of the JSK Fellowship are the other fellows. You get to spend a year with 20 other amazing people from around the world who love journalism; you collaborate with them, you learn from them — I still do, even two years after leaving Stanford. These friendships are another great benefit of the JSK Fellowship.

Martin Kotynek was a JSK Fellow in the Class of 2014. Now he works in Berlin as deputy editor-in-chief of Zeit Online, one of the largest news organizations in Germany. Martin is originally from Vienna, Austria. He’s on Twitter, LinkedIn, and can be reached via email at [email protected].

This post comes from The John S. Knight Journalism Fellowships at Stanford, which fosters journalistic innovation, entrepreneurship and leadership. Each year, we give twenty outstanding individuals from around the world the resources to pursue and test their ideas for improving the quality of news and information reaching the public.