To Stay Fit and Energized as a Journalism Educator, Hit the Training Gym 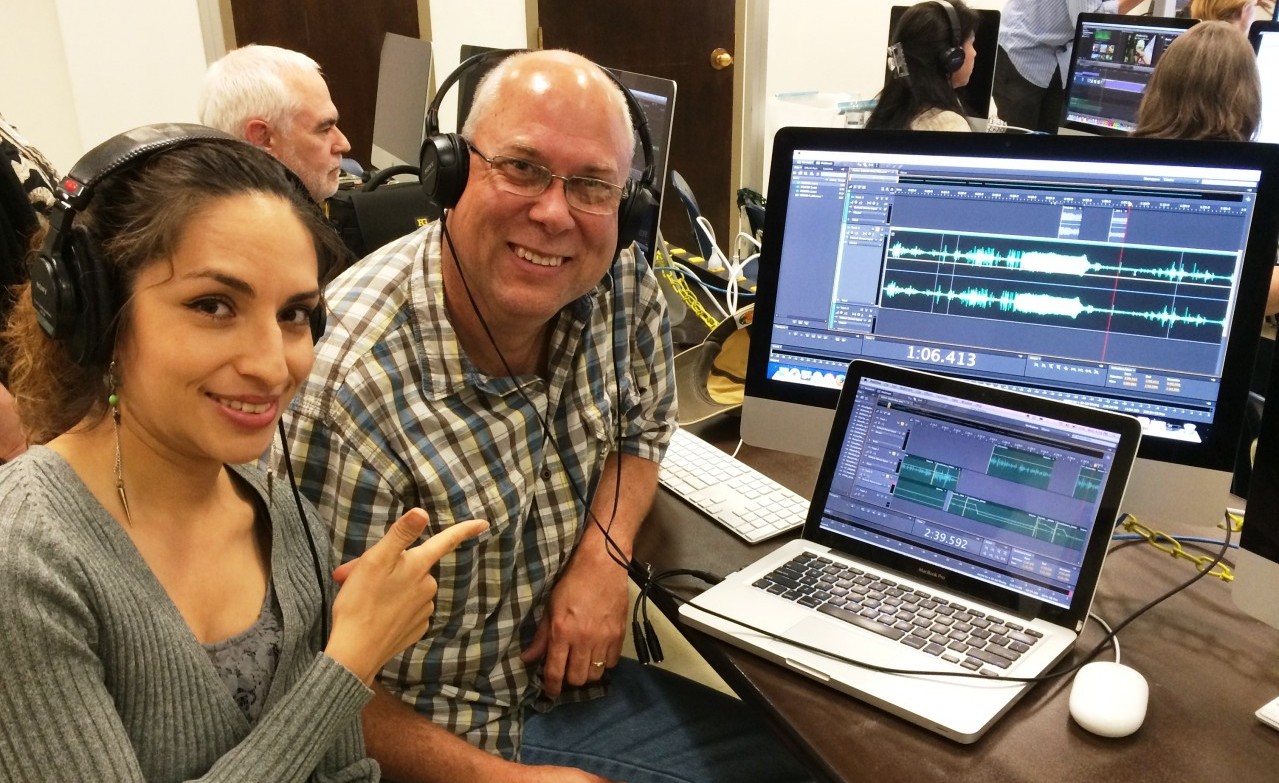 It’s become a rite of spring.

In late March and early April, the emails and phone calls from editors and news directors from around Central Florida start coming in: “Who do you have in your mobile reporting class that we need to be looking at?’’

"Like my students, I had to reinvent myself. I had to become the change I was seeing in the world."

In 2016 that sounds like a standard, core course in any journalism curriculum. But I would have never imagined teaching such a class in 2003 when I joined the faculty at the University of Central Florida’s Nicholson School of Communication after 19 years of working as a reporter and editor at newspapers around the Sunshine State.

At that time, we were four years away from the advent of the iPhone and seven years away from the iPad, both of which would revolutionize mobile communications and digital storytelling. We were five years away from an even more ground-shaking development – the Great Recession of 2008, which would see the tailspin of advertising revenue and the erosion of circulation and viewership that would result in heartbreaking job loss for thousands of dedicated, experienced journalists.

“You’re a freaking genius,’’ a good friend of mine, an amazing reporter who took a buyout during the recession, said to me back then. “You were smart to get out when you did.’’

I was no genius. And I didn’t get out. Actually, I had jumped from the frying pan into the fire. As a journalism educator – like those of us at colleges and universities everywhere – I faced a daunting challenge and a heavy responsibility: Preparing students who still had faith in the power and purpose of journalism for careers in a field that had been blown up by new realities. The academic life I had prepared for and the 19 years of newsroom experience I had accrued now had only limited relevance. It was no longer enough to lecture about my pet polemics, write tests, give current events quizzes and teach from the good ol’ AP Stylebook. The students I stood before in class each day were not going to have the same kind of career I had. Journalism was going to look very different for them, and it was my job to get them ready for it.

Like my students, I had to reinvent myself. I had to become the change I was seeing in the world. And that would take training, as well as a commitment to not only embrace change, but also accept that it would be constant and unrelenting – from now until the day I retire or die, whichever comes first.

Fortunately, I work at a university and in a journalism program that supports change and innovation. As I identified what I didn’t know, what I needed to learn and where I needed to go to learn it, my school paid to send me. That road led to three places: the Poynter Institute in St. Petersburg, Florida; the Dow Jones Multimedia Training Academy in El Paso, Texas; and most importantly, back to the newsroom where my professional colleagues were grappling with change on a daily basis, as the ground was moving under their feet.

In January 2011, I was selected to join other journalism faculty from around the country for a week of intensive training at Poynter’s Multimedia Journalism for College Educators seminar. There, under the expert and passionate tutelage of Al Tompkins, Katy Culver, Sara Dickenson Quinn and Regina McCombs, I learned the basics of video storytelling, multimedia packaging and mobile strategies. Indeed, it was a conversation with McCombs that sparked the idea for the mobile journalism course that I would eventually develop at UCF.

“Mobile has given us a do-over,’’ McCombs told me. “We have the chance to not blow it like we did with the Internet.’’

I left Poynter with more than a certificate. I left with confidence, new abilities and with new relationships with other change agents that would nurture my thinking and practice for years to come. I would return to Poynter four more times between 2011 and 2015 for its annual summer Teachapalooza conferences for journalism educators as well as its New Curriculum for a New Journalism seminar.

In May 2014, the Dow Jones Multimedia Training Academy accepted my application for a week’s worth of training at the University of Texas at El Paso. It was a life-changing experience. I went to El Paso with a deep need to learn more about sound – capturing and editing audio. I was in great hands with Doug Mitchell of NPR, Mónica Ortiz Uribe, senior field correspondent for Fronteras Desk radio, as well as the other coaches at UTEP, Kate Gannon and Lourdes Cueva Chacón. They trained us in the mornings and put us on the street in the afternoon, giving us close-in, hands-on instruction in the field that I could immediately take back to my classroom.

Back to the newsroom

The third vital piece of my reinvention, however, required the most commitment: returning to the newsroom as a professional, working journalist on a weekly, part-time basis. Two local news organizations, the Orlando Sentinel, Central Florida’s leading newspaper, and WFTV Channel 9, Orlando’s ABC affiliate and the No. 1 news station in the market, graciously took me into their newsrooms as a part-time employee. At the Sentinel, I work one or two four-hour shifts on its news/sports production desk on weekends, toggling between its print and web operations. At WFTV, I work on an as-needed basis as the newsroom’s writing coach with associate producers, sharpening their writing for the station’s newscasts and its website.

Both positions have given me a front-row seat as a participant-observer to the intense changes newsrooms are undergoing as they seek to reinvent themselves in the digital age to reach new audiences, build revenue and continue to make a difference in their communities. What I witness in the newsroom on Saturday night I am able to immediately deploy in my classroom on Monday morning. My lessons are fresher, more relevant and innovative than ever. My students know I care about their learning because I care about continuing my own.

Lifelong learning isn’t a mantra. It must be modeled. And doing so builds respect, credibility and appreciation from students, which makes teaching them exciting, gratifying and rewarding. A commitment to my own training has given me something that’s more crucial than anything for an educator: moral authority. My students know because they see that I practice what I preach, I’m more of a guide than a guru, and that we are in this revolution together. It’s not me vs. them, print vs. digital, young vs. old. It’s “we’’ figuring out how to keep journalism a viable, necessary profession for generations to come.

Rick Brunson is associate instructor of journalism in the Nicholson School of Communication at the University of Central Florida where he teaches news reporting, mobile reporting, editing and principles of journalism in face-to-face, mixed-mode and fully online modalities.