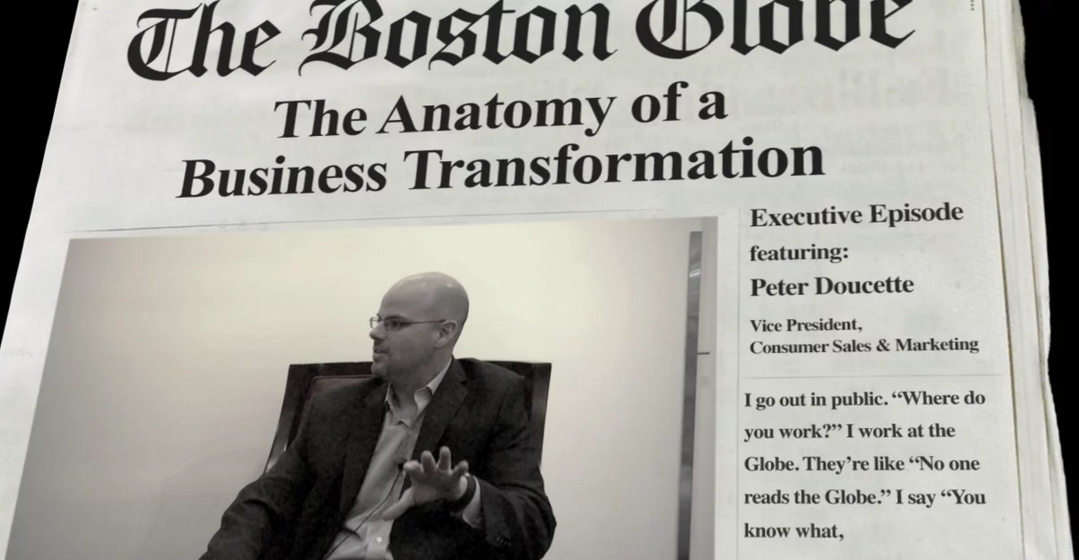 The Boston Globe is one of the metropolitan daily newspapers to find success with metered pay walls. Image is a screenshot from the MECLABS website.

A recent study on the viability of digital newspaper subscriptions delivered mixed signals for a news industry that’s still struggling to adapt its business model to the web.

The study by MECLABS Institute found that 41 percent of adult news consumers (aged 25 and older with household incomes greater than $40k) are willing, to some degree, to consider purchasing a digital news subscription. That still amounts to a minority of all news consumers, but Daniel Burstein, director of editorial content at MECLABS, says 41 percent is a big enough number to drive future revenue growth.

"There’s a pretty big opportunity out there. Forty-one percent isn’t a minority so small that you can’t build a business on it."

“In some ways it’s disheartening to see that over half say no, but overall our takeaway is, ‘Hey, there’s a pretty big opportunity out there,’” Burstein said. “Forty-one percent isn’t a minority so small that you can’t build a business on it.”

Digital subscriptions and pay walls have produced uneven results over the years, but many media critics agree that they’ll need to be the centerpiece of the industry’s business model going forward, especially if online ad-blockers become even more common.

The big challenge now is figuring out how to best implement pay walls so that they maximize subscription revenue without sacrificing too many pageviews. Here are three insights from the MECLABS report and from my conversation with Burstein.

1. Media Companies Can Learn a Lot from Apple

Like news, music was once a product that consumers could expect to access for free, thanks to the rise of services like Napster in the late ’90s. But unlike with news, music consumers have since been convinced to start paying for content again — a pivot evident in the success of subscription-model music services such as Spotify Premium and Pandora One.

Burstein says this transition didn’t happen by accident. Rather, he credits Apple for designing appealing products like the iPod, lowering point-of-sale friction with iTunes, and, perhaps most importantly, aggressively advertising the value of its products to consumers. “Apple told the story of why their product was compelling and why people should start buying something that they’d been downloading for free,” Burstein said. “With digital subscriptions, a lot of newspapers take it for granted that customers understand why they should subscribe.”

One promising sign is that consumers already appear to understand the value of news in general. According to the MECLABS report, 71 percent of respondents said they would consider paying for a print news product (compared to 41 percent for digital). To close that gap, Burstein says news companies need to better communicate the unique and specific value of their digital products.

“The numbers show that there’s a value proposition in what newspapers offer,” Burstein said. “The question is how to present that value proposition so that audiences really understand what they’re getting from a digital subscription.”

2. The Boston Globe is Proving the Value of Data

“It wasn’t just luck,” Burstein said. “Peter [Doucette, vice president of consumer sales and marketing] conducts a lot of testing to learn about his customers, and he really looks at the data. He saw that once people have been subscribers for a set amount of time, they tend to become far less sensitive to price.”

Like many newspapers, the Boston Globe has adopted a “metered pay wall” that allows consumers to access a certain number of free articles each month before being required to subscribe. But the Globe has done more than many other companies to refine that pay wall through user testing and data. For example, in one experiment outlined in the study, the Globe tested two different pay wall tactics: in one model, consumers received a notification when they’d reached their tenth and final free article of the month. In the other, they received no courtesy notification and instead were prompted to subscribe only after clicking on their 11th article. As it turned out, consumers in the latter scenario were more likely to subscribe.

“By removing the notification, they removed the consumer’s rationing instinct,” Burstein said. “Customers would go through and use the product, and then they’d hit that pay wall faster and be more likely to subscribe. A big takeaway is the importance of testing with consumers to see what works.”

As important as marketing and data analytics are to building a profitable news product, Burstein says companies like the Boston Globe offer an even more critical lesson: Successful business models still hinge on great content.

“One of the key points Peter made to me is that you have to optimize the product,” Burstein said. “You have to invest in good journalism, which the Boston Globe has done.”

But while the Globe and its “Spotlight” team (the paper’s investigative reporting unit that was the subject of the Oscar-winning film) have maintained their commitment to rich enterprise reporting, not all daily metropolitan papers can say the same. The strategy-du-jour for many legacy news operations has been to make deep staffing cuts and to embrace shorter, less nuanced content online. It’s an approach that might work well enough for advertising-centric business models, in which clicks are king. But if the goal is to encourage consumers to pay for news online, Burstein says it’s a losing strategy.

“It’s not a sustainable business model,” he said. “You can’t just keep making the product worse and hope it will sell better.”