Why Students Should Write Memoirs 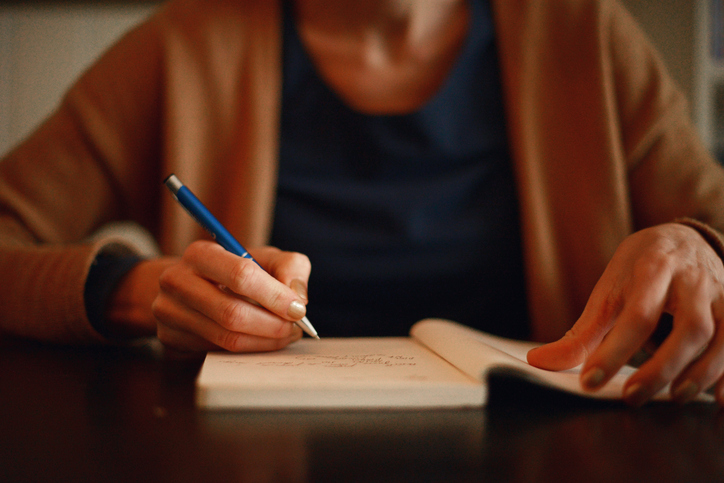 Memoirs prepare students for a journalism industry that prizes the first person. Photo by Kristina Strasunske via Getty Images

There’s a myth that young people write terribly about themselves. Consider the way Washington Post reviewer Jonathan Yardley dismissed Will Boast’s book, “Epilogue: A Memoir,” as “yet another memoir by a person too young to have undergone any genuinely interesting and instructive experiences — or, having had such experiences, too young to know what to make of them.” That’s not a critique of a single book; it’s a condemnation of a genre and a generation.

But it’s a misguided line of thinking — and it’s one that journalism educators in particular should avoid. Rather than always insisting that our students adopt the detached voice of objectivity, we should be encouraging smart exploration of the first person.

"Journalism educators are often so consumed with teaching the latest tech skills that they fail to revisit the ways they teach writing."

For one, the marketplace demands it. Today’s journalism increasingly blends the personal with reported analysis of culture and politics. Look at Vox, Slate, the Serial podcast and the success of writers like Ta-Nehisi Coates. Coates was fired from three journalism jobs early in his career. But he has become one of America’s most respected writers and cultural critics, winning a coveted MacArthur Foundation “genius” grant last year. He didn’t get there by trying to follow the rules of the legacy media outlets that canned him. He succeeded by channeling his own voice, deftly weaving personal experience with history and traditional reporting.

Even at conservative news outlets, reporters often maintain a social media presence that demands a little personality along with the story headlines. This push to create a personal brand can be stressful for even seasoned journalists, so we need to help students navigate how, when and what to reveal when they’re writing about themselves.

Yet journalism educators are often so consumed with teaching the latest tech skills — video editing, data visualization, smartphone photography, Storify, etc. — that they fail to revisit the ways they teach writing. We need to acknowledge that multimedia isn’t just about learning coding basics and web analytics; it includes a changing news voice that’s transparent and relatable. It’s no longer sufficient to teach Twitter headlines and video editing if we’re just packaging those items with inverted pyramid breaking news stories and newspaper-style features.

Memoir may be an old form, but there’s nothing the Internet loves more than the personal essay. And first-person essays are the perfect vehicle for teaching students how to deftly deploy the “I.” Opportunities to write short memoirs in the forgiving atmosphere of the classroom prepare future journalists for jobs that demand style and personality alongside accuracy and speed.

Here’s the best part: Students actually like writing memoirs. Nothing makes students want to write well quite like asking them to write about themselves. They’ll care about a memoir assignment — perhaps more than any other they’ve been tasked with in college. I’ve received drafts that exceed the suggested word count by three- and four-fold. For students who come from disadvantaged backgrounds, writing about a meaningful episode in their lives is also an opportunity to build confidence in the value of their experiences and insights.

Photo by Helga Weber and used here with a Creative Commons license.

Furthermore, all those things — the clichéd writing, the insipid observations, the empty lives — that critics like Yardley fear about young people’s writing are mostly untrue. Sure, there’s the potential for self-centered essays better left in the therapist’s office. But those are the exceptions. If you teach at a diverse university with low-income and first-generation college students, you’ll find that your young writers have plenty of life experiences worth documenting. Mine have written about body image issues, grief, bullying and depression.

How to Avoid the Dreaded Confessional

The key to success, of course, is clear guidance. Students need examples of good, concise writing, like the wonderful New York Times Lives essays and Modern Love columns. There are countless worthy book-length memoirs and first-person magazine pieces, of course. But brief pieces like these from the Times help students identify a precise incident, rather than leaving them attempting to summarize their entire lives.

Instructors also need to be explicit about what might seem obvious to us, such as the fact that good first-person writing is ultimately about the reader, even if the subject is putatively oneself. You’ll need to discuss pacing, structure, control, the difference between memoir and biography, and how ruthlessly trimming verbal excesses can be even more important than lush detail.

It’s also imperative that students read each other’s work. There are time-honored advantages to critiquing drafts, such as learning from classmates’ successes and mistakes, and letting students reinforce their own knowledge and that of their peers by participating in the role of teacher. But social pressure is the most important aspect of sharing drafts. Students simply write better for each other than for their professor; the peer audience is a powerful motivator. And when they’re writing about themselves, the pressure to perform is especially high.

So don’t fear the memoir. Make it a standard assignment instead. If we do our jobs, students will write personal essays that do what the best memoirs do: focus on the self as a means to identify with what’s universal in the human experience. In my classes (syllabus), memoirs built camaraderie and trust, breaking down social and cultural barriers between very different students. Rather than functioning as an egocentric exercise, writing personal stories allowed students to empathize with others. And that’s a crucial trait for any good journalist.

Vanessa Gregory is an assistant professor of journalism in the Meek School of Journalism and New Media at the University of Mississippi and a recipient of a Literary Arts Fellowship from the Mississippi Arts Commission. Her writing has appeared in Harper’s Magazine, The American Prospect and The New York Times.