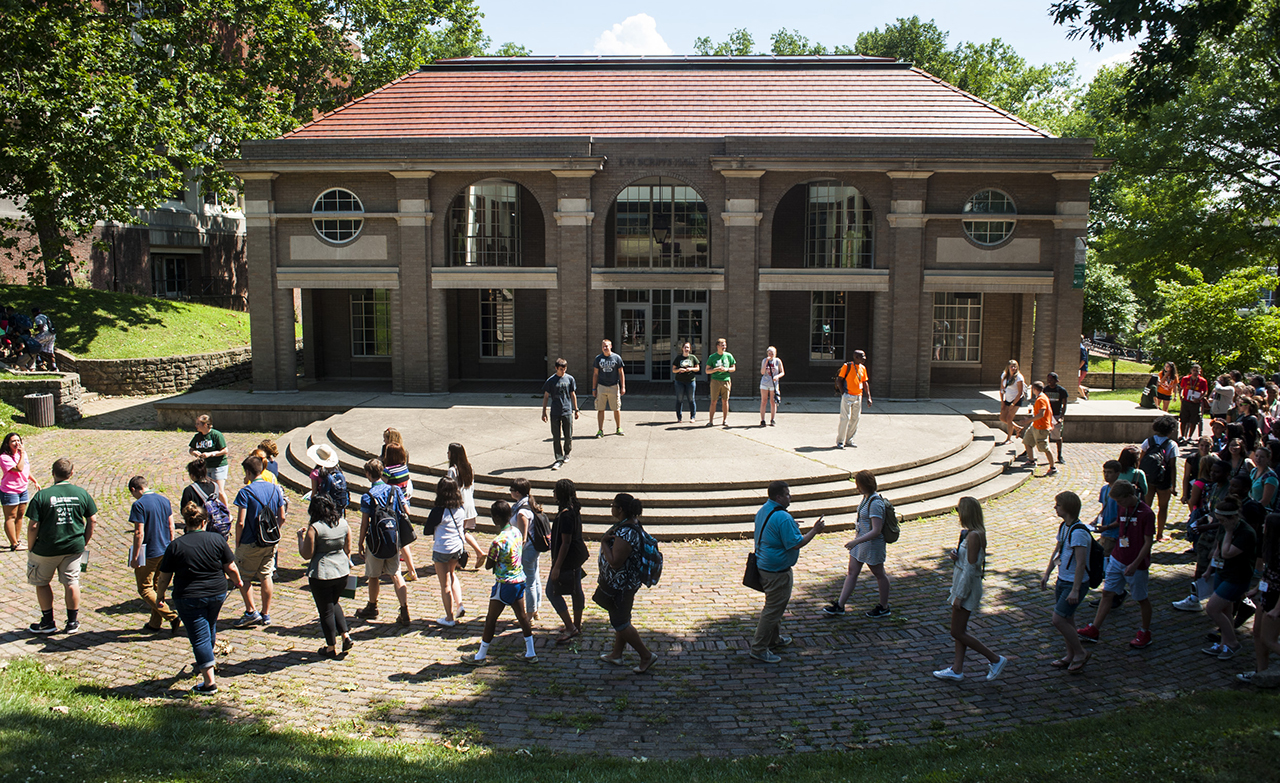 The disruption faced by professional journalists is well known to today’s generation of student reporters, a group that is navigating rapid changes in consumer habits and ad spending. College newspapers are cutting back on print, moving to online platforms and social media and seeking to lure advertisers to join them.

But fewer staff and resources at the college level can mean more cuts at a quicker rate. At Ohio University, the 100-plus-year-old student newspaper will drop from five days of print per week to one. This mirrors a national trend among college publications facing stiff financial realities.

"Throw out all the clichés and admit it: College media is in trouble. And student journalists deserve a way forward."

Throw out all the clichés and admit it: College media are in trouble. And student journalists deserve a way forward. That is why we launched the Future of Student Media Summit at Ohio University — to find solutions.

The idea grew from a gap that The Post, Ohio University’s independent student newspaper, saw in the college media landscape. With no consistent conversation among student publications about how to innovate and better connect with audiences, the university’s Scripps College of Communication and E.W. Scripps School of Journalism teamed up with The Post to create the summit.

The need has never been greater.

The logo for the Future of Student Media Summit at Ohio University.

After more than 90 years of publishing a broadsheet five days a week, The Daily Emerald at the University of Oregon switched to a tabloid on Monday and Thursday in 2012, focusing on its website, mobile, events and marketing.

A year later, then-publisher Ryan Frank said the number one lesson was liberation from print.

“Our newsroom staff had been so overwhelmed by the duties of daily print publication that they were missing out on so much more,” Frank wrote in a report after the switch. “This year, editorial quality (especially design) is better, online news production is way up, and digital skills training has improved.”

Frank and dozens of other experts on student media are scheduled to speak at the summit in Athens, Ohio, on April 8 and 9. Their panels and sessions will focus on innovation and improvement to help attendees leave prepared to face their own revenue and audience engagement challenges.

Student media leaders face tough choices. Research shows declining pick-up rates of student newspapers, but print advertising produces revenue. Kevin Schwartz, former general manager of The Daily Tar Heel, warned: “To give up on print is to kiss your newspaper an eventual goodbye, unless a school is willing to provide 100 percent adequate funding to a digital-only model, and even then much would be lost.”

Borrell Associates, a national advertising research firm, and Ohio University have teamed up to release research at the summit on student news consumption of campus publications and college media market advertising. The findings will be tailored to give summit attendees actionable insights into how to better connect with their audience and serve advertisers.

The website for the summit features information about who will be speaking at the event.

Efforts to save college media

Nationwide, alumni have been active on behalf of student media. Friends of The Daily Texan produced 66 revenue ideas, such as publishing a Saturday edition, Greek of the Week ad page, and creating a position called “contests editor.”

Before his death in 2013, Roger Ebert signed an urgent appeal to Illinois alumni, which raised some $40,000: “As we begin 2012, Illini Media Company faces grave financial uncertainty. As a former editor-in-chief of The Daily Illini, and a (fired) disc jockey of WPGU, please consider my urgent request. After 140 years, it is possible The Daily Illini could cease publication. This would break the hearts of many of us.”

In 2014, student editors, alumni and journalism faculty at Ohio University set in motion a plan to convert its century-old student daily to a digital-first operation.

These topics, and many more, will be discussed at the summit. The event presents an opportunity to have a national conversation about digital and revenue innovation in college media. (And at $10 for students and $30 for professionals, we made sure anyone can attend the summit.) Challenges faced by campus media must be tackled head-on. To accomplish this, a mix of optimism and realism is essential: Identify the problem, take the time to distill it and find actionable solutions.

Will Drabold is a senior studying journalism in the Honors Tutorial College at Ohio University. He has led coordination of the summit alongside the Scripps College of Communications and the E.W. Scripps School of Journalism at Ohio University. Drabold is an avid reporter. He has completed five newspaper internships and worked at his college publication, The Post, since high school. Contact him at [email protected] and on Twitter: @WillDrabold.

More information about the summit can be found at futureofstudentmedia.com and on Twitter: @FutureStuMedia.