Netizen Report: Congo Shuts Down All Communication on Election Day 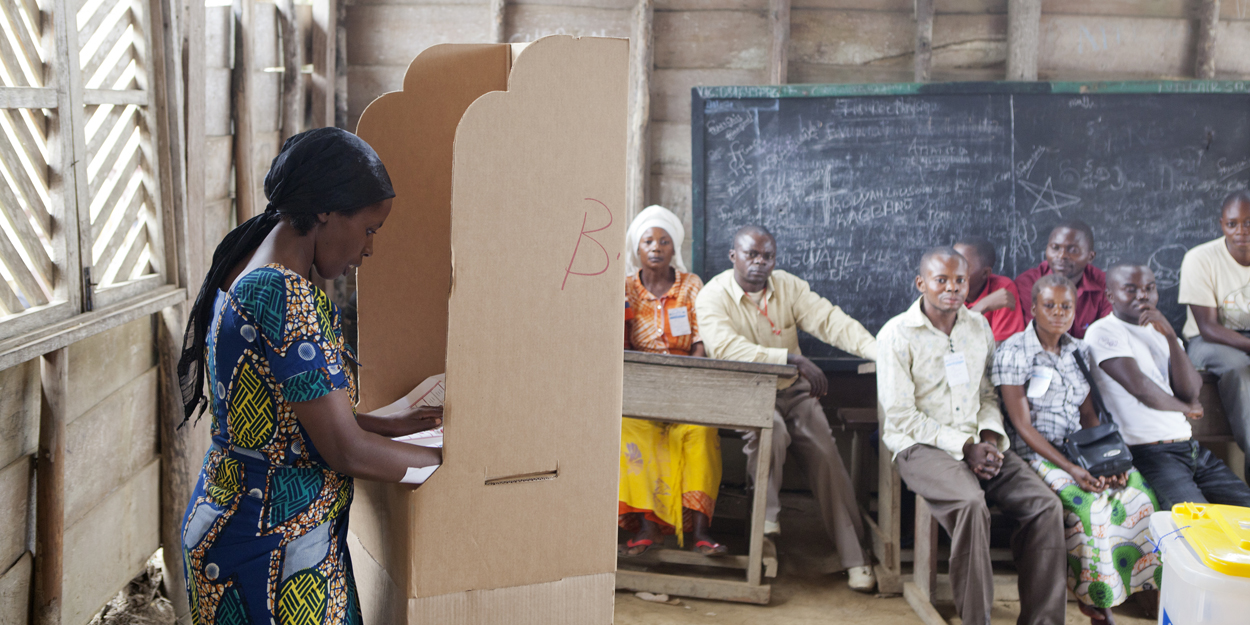 The government of the Republic of Congo blacked out communications on Election Day. Photo by MONUSCO Photos on Flickr and used here with Creative Commons license. Credit: Sylvain Liechti

The government of the Republic of Congo instituted a blackout of Internet, telephone networks and SMS services as Congolese voters went to the polls on March 20, citing “reasons of security and national safety.” The 48-hour shutdown, taking place on March 19 and 20, reportedly was intended to stop any “illegal” publication of election results before a total count was tallied.

"Democracy does not work without a free press. We call on the government to restore all communications immediately." - Robert Mahoney

The election could end the tenure of President Denis Sassou Nguesso, who has been in office for a total of 32 years since 1979. He is seeking re-election once again, following an October 2015 constitutional referendum that eliminated limits on presidential terms. In Brazzaville, the capital of Congo, the referendum sparked protests and police violence that left 18 people dead.

Tensions were high once again this week as voters went to the polls. According to AFP, police dispersed a crowd of 200 opposition protesters in Brazzaville using teargas. Few other reports of conflict have surfaced, but the communication blackout has made it difficult to know what may have occurred outside of the capital.

Democracy does not work without a free press. We call on the government to restore all communications immediately and ensure that journalists can do their job. Failure to do so undermines confidence in the entire election process.

Apart from limiting the ability of journalists to do their jobs, the blackout hampered citizens’ efforts to organize election day activities and simply communicate as a part of daily life. In a moment when public security concerns are high, this is particularly troubling.

Final election results still have yet to be announced.

The crackdown in Oman

The Omani government has stepped up its targeting of online activists and human rights defenders over the past several months. The Gulf Center for Human Rights released a series of reports on prominent online activists including Hassan Al-Basham, who works to defend prisoners of conscience and was jailed for “the use of the Internet in what might be prejudicial to religious values”, and was reportedly tortured in prison. Omani writer Saed Al-Darodi was sentenced to three months in prison by an Omani court for a post he wrote on Facebook. Al-Darodi was previously sentenced in absentia to a year in prison on accusations of “disturbing public order”; he is an online activist, cartoonist and the founder of the “Dhofar Cynical Art Group”. Human rights activist and blogger Hilal Al-Alawi was summoned and is being held incommunicado.

On a better note, Omani blogger Muawiya Al Ruwaihi, who was imprisoned in the UAE, was acquitted by a local court on charges of tweeting against the UAE government.

A Bahraini social media activist known for his biting sense of humor was sentenced, in absentia, to five years in prison for his activities on Twitter. Known online as @Takrooz, he tweeted about abuse by law enforcement personnel, anti-corruption content and everyday concerns Bahrainis. After being arrested and then released in July 2014, he was finally tried and sentenced in absentia this week. According to technical researchers at Bahrain Watch, @Takrooz was a prime target of Bahrain’s Cyber Crime Unit who repeatedly sent him links to malicious IS Spy software that allowed them to track his movement and online activities.

Zuckerberg is all smiles on smoggy jog through Beijing

Chinese netizens are losing patience with Facebook CEO Mark Zuckerberg’s enthusiasm for China and failure to engage critically with the country’s record of human rights abuses and Internet censorship. After Zuckerberg posted a cheerful message on Facebook about going jogging past Tiananmen Square, netizens created memes mocking him, showing Zuckerberg running through smog and running away from the tanks used in the infamous crackdown on pro-democracy protests in the Square. Others wisely asked how Zuckerberg was able to post on Facebook, which has been blocked in China since 2009.

An Indian man was arrested in Saudi Arabia for a video on Facebook in which he tearfully denounces conditions he has endured as a migrant worker. Abdul Sattar Makander, a truck driver for Saudi engineering firm Al Suroor United, is being held on criminal charges for the “spread of misinformation.” He reported not being paid regularly by his employer and that both his work permit and passport were confiscated so he could not leave to return to India.

Russian media regulator Roscomnadzor announced plans to fine websites for “propaganda” of circumvention tools like VPNs, Tor, and mirroring sites. Under their definition, “propaganda” could include everything from explanations of these tools to even a simple mention of their existence.

German prosecutors dropped an investigation of allegations that Facebook failed to remove hate speech on the social network. The investigations were dropped because the department of Facebook being targeted is not responsible for removing unlawful posts, according to a spokeswoman for the prosecutor’s office. It is unclear whether the prosecutors will re-initiate the probe with the relevant department of the company.

Proponents of the controversial “Investigatory Powers Bill” (also known as the “Snooper’s Charter”) in the UK parliament promise that it will be governed by “the strongest safeguards” against surveillance abuse. A group of 200 lawyers and law professors penned an editorial in The Guardian, criticizing its “bulk interception warrants” and “bulk equipment interference warrants.”

Supporters of Syrian-Palestinian web developer Bassel Khartabil reignited a campaign seeking information on his whereabouts, by asking #WhereisBassel on Twitter last week. Khartabil, who was arrested in 2012 on charges of “spying for an enemy State”, was moved in October 2015 from Adra prison in Damascus to an unknown location. He is best known as a leader of Creative Commons in Syria, and worked on projects such as Mozilla Firefox and Wikipedia. More information on the campaign is available at freebassel.org and a petition for his release is here.