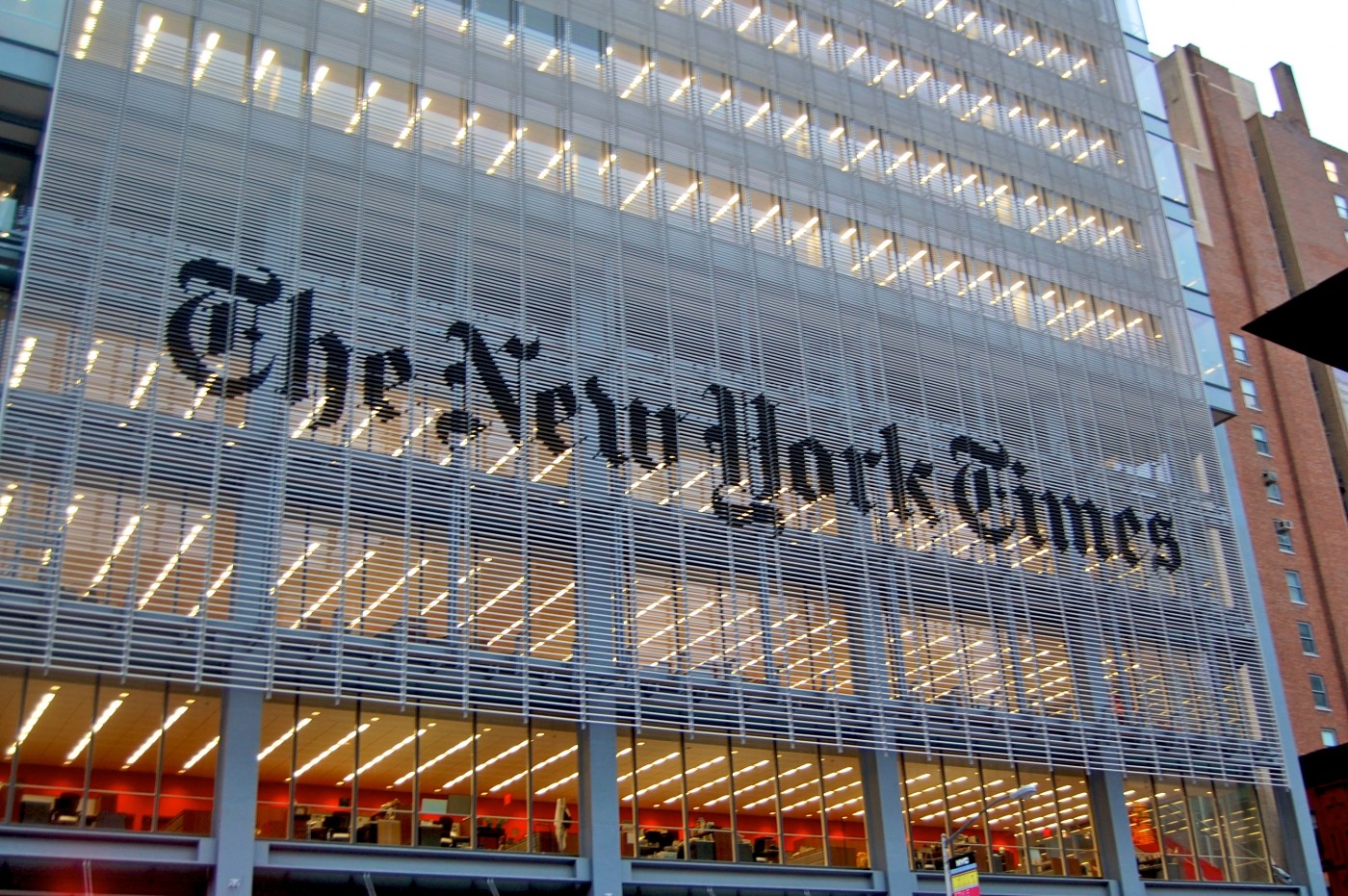 In the news this week, the South-by-Southwest conference takes on deeper issues, with President Obama giving a keynote address. Breitbart News suffered a wave of resignations after its reporter was allegedly grabbed by Donald Trump’s campaign manager. And longtime Apple columnist Philip Elmer DeWitt strikes out on his own with a subscription website. Mark rants about the pitfalls of advocacy journalism after Cokie Roberts spoke out against Trump. In Metric of the Week, Alexandra Kanik returns to examine New vs. Returning visitors, and Mark interviews New York Times media columnist Jim Rutenberg.

The annual South-by-Southwest bloated confab on music, tech and film is currently taking place in Austin, Texas, with the requisite parties, shows and celebs on hand. But rather than focus on the Next Big Thing in tech, as in the past with launches of Twitter, Foursquare and Meerkat, this year’s show was aligned with the political zeitgeist. President Obama gave a keynote interview and discussed the situation with the FBI trying to force Apple to help it unlock a terrorist’s phone. There was also an entire day devoted to female harassment online, with plenty of politicians on hand — though many of those sessions were sparsely attended.

On the technology side of things, virtual reality once again pushed to the forefront, especially with media and especially with the New York Times, which hosted a weekend beer garden with panels and an open bar party. The Times had made an early splash by giving out Google Cardboard headsets to its print subscribers and has created 7 VR films, along with VR creations for brands that have brought in an estimated $8 million according to Politico’s Joe Pompeo. And along with VR there were plenty of robots and futuristic thinking about self-driving cars and the Hyperloop. So was all the fanfare and hype worth the effort of going to South-by this year? I skipped it, but 30,000 people did attend, and they’re not asking for their money back.

Presidential candidate Donald Trump has done an amazing job driving a wedge into the Republican Party, and he’s also driven a wedge into the conservative media, especially at Breitbart News, a conservative site started by Andrew Breitbart, who died in 2012. Last week, Breitbart reporter Michelle Fields was trying to ask a question of Trump as he left a news conference. But she was grabbed and almost thrown to the ground by someone, who was later identified as Trump campaign manager Corey Lewandowski. Fields eventually filed a police report about the assault, and wrote about the incident for Breitbart. But the publication did not completely back her up, and that ended with her departure, as well as that of editor-at-large Ben Shapiro and 4 other people.

The problem at Breitbart is that it became so closely aligned with the Trump campaign, that it valued that support over that of its own employee. As Ben Shapiro wrote in his resignation letter: “Breitbart News not only stood by and did nothing outside of tepidly asking for an apology, they then attempted to abandon Michelle by silencing staff from tweeting or talking about the issue.” Not only has Breitbart abandoned its staffers, but it’s also sending out cease-and-desist notices to keep the ones who have left from talking about its operations. But as the story spreads from conservative media to mainstream media and onto Twitter and social media, it’s going to be difficult to contain.

Fortune columnist leaves to start his own site

Another prominent journalist is breaking away from an established publication and striking out as an independent online publisher. This time it’s Philip Elmer DeWitt, a veteran tech reporter who has covered Apple since 1983 — yes, 1983! He wrote a column called Apple 2.0 for the now defunct Business 2.0 magazine, and then moved it over to Fortune magazine. Now, he’s decided to launch a new site called Apple 3.0, where he’ll continue the column at an ad-free website.

So how does Elmer-DeWitt make money? He’s going the paid route, charging people $10 per month or $100 per year to read his stories the day they come out, along with access to discussion boards and other premium content. You can read everything for free — but you have to wait 3 days after they’re published. It’s a similar strategy to what Andrew Sullivan did with The Dish, before eventually burning out and giving up. Hopefully, Elmer-DeWitt will find a way, and prove that timely content is worth money from readers — but it will take a whole lotta work to get there!

There’s always been a strange relationship between journalists and politicians. For reporters, they’re supposed to be unbiased, and can never take a stand on issues or candidates, no matter what their true feelings are. But for columnists and an editorial board, they can give an opinion, slam the candidates and take sides. Editorial boards at newspapers also get to make picks and give endorsements in elections, and that comes from a long history of advocacy journalism in the U.S.

So on one side, there’s the objective reporter who is out to uncover the truth without bias. And on the other side is the opinion writer who can say whatever she wants. But over the past 15 to 20 years, with the rise of blogging and social media, it’s hard to remain an unbiased observer of politics in this country. It’s very difficult to post on social media and stay neutral. It’s even harder to withstand the judgment of a million commenters and @ replies.

And we also have a growing audience for news organizations with political slants, from Fox News, Breitbart News and the National Review on the right to MSNBC, The Nation and Mother Jones on the left. And the question comes up over and over: Should reporters just be honest and give up their “view from nowhere” as Jay Rosen would say? Why not just become advocates of a cause, a candidate, an ideology and be honest about it?

The last couple weeks have shown that it’s not easy to be an advocacy journalist on either side of the aisle. In one case, Breitbart News reporter Michelle Fields went to ask a question of Donald Trump after a news conference, and she was yanked hard away from the candidate — apparently by his campaign manager, Corey Lewandowski, who didn’t recognize her as being from Breitbart, a news outlet that’s largely on Trump’s side.

After Fields filed a police report and was honest about what happened, Breitbart News failed to back her up, and even published a report — briefly — that went against her claims. In the end, the publication stuck behind the politician it was supporting, and not behind its reporter. That led to a string of six resignations, including Fields, with each one criticizing the publication for not standing behind her.

And then came a column written by long-time TV journalist Cokie Roberts, and her husband, taking a strong stand against Donald Trump. They wrote that if he was nominated by the GOP or elected president, “the reputation of the United States would suffer a devastating blow around the world.”

Cokie Roberts is known for her work as a reporter and TV host for years at PBS and ABC News. More recently, she’s become a “news analyst” for NPR, and she has a syndicated column with her husband. When she took a stand against Trump, she did that in her capacity as a columnist, but many NPR listeners were confused, and didn’t expect her to take those kinds of positions. NPR had to bend over backwards to explain her role, with a memo from executive Michael Oreskes, as well as an on-air explanation on Morning Edition.

So if people have a trust problem with journalists, who are trusted about as much as used car salesmen, shouldn’t they be happy that journalists like Michelle Fields and Cokie Roberts are coming out and saying what they think? Not necessarily. There is a tradition of journalists being truth-tellers, giving the real story, and if we peek behind the curtain of supposed objectivity, and find out what they *really* think, it makes us feel uncomfortable.

If Anderson Cooper started his TV show with a rant against Trump, or Wolf Blitzer waxed poetic about Ted Cruz, we would be stunned. And yet, CNN, which tries to set itself apart as being unbiased, struggles for ratings.

I attended a media conference recently where there was a breakout discussion about politics. It started with one journalist asking the group: “So how can we bring down Trump?” As if the media could simply bring down a candidate because that’s what it’s role should be. No, it’s not. Journalists have a role to dig up the truth, no matter who the candidate is, no matter which side they’re on. And despite our biases, which do exist, there’s a deeper calling to serve the public and give them the real story, the truth as we know it. Otherwise, we fall into an abyss and will never gain the trust of our audience, we’ll never serve the public.