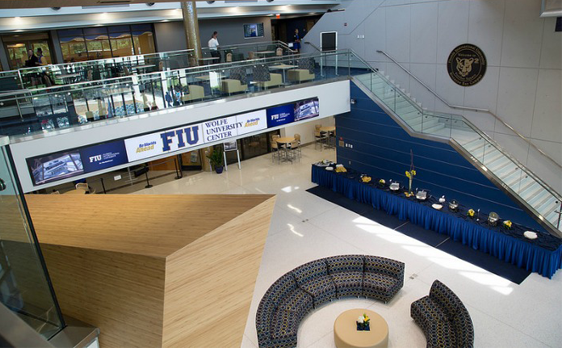 Celebrate the 100th anniversary of the Pulitzer Prizes with South Florida’s winning teams from the Sun-Sentinel and Miami Herald. Find out how these inspiring reporters and photographers got that exceptional story or photo. Don’t miss this rare opportunity to be on the front lines with uncompromising professionals whose passions and talents know no bounds.

A Talk With South Florida Pulitzer Prize Winners from SJMC on Vimeo.

A Talk With South Florida Pulitzer Prize Winners part 2 from SJMC on Vimeo.

A Talk With South Florida Pulitzer Prize Winners part 3 from SJMC on Vimeo.

Howard Saltz has been Editor of the Sun-Sentinel for four years, and was editor in 2013 when it won its first Pulitzer Prize. He was previously the vice president for digital content for MediaNews Group, the country’s second-largest newspaper chain. He is also Chairman of the Dean’s Advisory Board at the School of Journalism and Mass Communication at Florida International University. As Editor of the Sun-Sentinel he is responsible for the content of the newspaper and its digital products, as well as the company’s other print and online products: the “Forum” group of weeklies, the Jewish Journal, South Florida Parenting magazine, the entertainment website SouthFlorida.com and the Spanish-language newspaper El Sentinel.

Rick Hirsch is managing editor of the Miami Herald, where he has worked as a reporter and editor for 35 years. He is responsible for day-to-day oversight of the Herald’s news content in print and on digital platforms – desktop, tablet and mobile. He played a key role in the news organization’s shift into digital news and video, as well as the launch of its collaboration with WLRN-91.3 FM that is known as the WLRN-Miami Herald News. He also supervises newsroom training and recruiting. Prior to moving into digital journalism in 2003, Hirsch served in a variety of editing and reporting roles. He helped lead the Herald’s coverage of Hurricane Andrew and its aftermath, which won the Pulitzer Prize Gold Medal for Public Service in 1993. Reporters under his supervision won a Pulitzer in 1991 for spot news reporting.

Sally Kestin has been an investigative reporter at the Sun Sentinel since 1999. Her stories on off-duty police speeding won the 2013 Pulitzer Prize Gold Medal for Public Service. She was a finalist for the 2006 Pulitzer Prize in investigative reporting for a series on FEMA fraud. She has investigated Cuban crime rings, found children missing from Florida’s child welfare agency and exposed failures in state laws that were supposed to protect the public from sex predators and keep convicted felons out of day care centers and nursing homes. Kestin, 51, is a graduate of Northwestern University’s Medill School of Journalism and a native of Louisville, Ky.

John Maines has been database editor at the Sun Sentinel since 1998. He provided data analysis for the police speeding series that won the 2013 Pulitzer Prize Gold Medal for Public Service and for an investigation of FEMA fraud, which was a 2006 Pulitzer finalist for investigative reporting. He analyzed voting irregularities in the 2000 presidential election and tracked the Florida connections of the 9/11 terrorists. Maines, 60, previously worked as a reporter for the Massena (N.Y.) Observer, the Ithaca (N.Y.) Journal, and the Clarion-Ledger in Jackson, Miss.

Patrick Farrell, 56, has been a staff photographer for The Miami Herald since 1987. He is the recipient of the 2009 Pulitzer Prize for Breaking News Photography—awarded for his photographs of the devastation in Haiti caused by a particularly brutal hurricane season. Farrell has documented three decades of major news events, both locally and abroad, including: The 1989 race riots in Miami’s Overtown neighborhood; political and civil unrest in Haiti during the country’s 1994 military rule; Hurricane Andrew’s 1992 path of destruction in South Florida; the 1999 earthquake in Turkey; the Columbine High School massacre; childhood poverty in the Americas. He has won numerous awards, including the Feature Photography Award in 2008 from the Overseas Press Club, two first-place awards from Pictures of the Year International (POYi) also in 2008, and the first place 2009 National Headliner Award for Photo Essay. Farrell has been named Region Six Photographer of the Year twice by the National Press Photographers Association. He is an adjunct professor of photojournalism at Florida International University, and is married to former Miami Herald reporter Jodi Mailander Farrell; they have two teenage daughters.

Jacqueline Charles is a Pulitzer finalist and Emmy Award winning Caribbean Correspondent at the Miami Herald. She began her journalism career at the Herald as a 14-year-old high school intern before graduating from the University of North Carolina at Chapel Hill’s School of Journalism and Mass Communication. Before joining the Herald’s foreign desk in 2006 as a full-time correspondent, Jacqueline covered Miami’s impoverished communities, education, local/state government and social services. Jacqueline was born in the Turks and Caicos Islands of Haitian descent, and partly raised in Miami’s predominately black Overtown neighborhood by her Haitian mother and Cuban-American stepfather. Jacqueline’s assignments have taken her throughout the Caribbean as well as Liberia, Kenya and Italy. Jacqueline is a founding member of the Carolina Association of Black Journalists, a college-affiliated chapter of the National Association of Black Journalists (NABJ). She is also a past president and scholarship chairwoman of the South Florida Association of Black Journalists and a longtime assistant director of the University of Miami/Dow Jones High School Journalism Workshop.