5 Essentials That J-Schools Should Teach About Freelancing 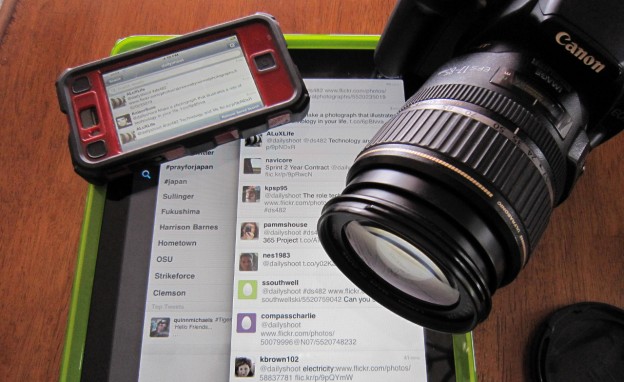 Freelancers get flexibility in their schedules, the freedom to travel when necessary and the ability to choose projects they care about. But they also face a constant hustle, all-too-frequent low pay and countless business decisions — from setting prices to filing taxes. Freelance is now a commonly chosen path for journalism students. Unfortunately, it’s not as commonly a part of teaching in journalism schools.

A 2013 survey of recent journalism and mass communication graduates showed about 20 percent of bachelor’s degree recipients with a full-time position were freelancing on the side, and about 40 percent of part-time workers were doing freelance work. Given that these figures have hovered here since 2006, it’s safe to say freelancing is no passing fad.

“All journalists working today need to know something about the freelance business because it’s such a large part of the business." - Deborah Blum

Whether freelancing is a lifelong dream or a respite between full-time jobs, freelancers across the country said journalism schools would do well to train students for this path, focusing on five essentials.

1. The value of networking

Networking is important for all careers, but when your livelihood depends on your own hustle, networking takes on a special significance. Morgan Phelps, a Columbia College magazine journalism grad who freelanced for several years after graduating in 2008, regards networking — reaching out to editors and cultivating relationships with them — as a large part of freelancing. “You’re much more likely to be successful if you have a relationship,” Phelps said. Full-time freelance photographer Jake Naughton, a graduate of the University of Wisconsin-Madison’s undergraduate journalism program and CUNY’s Graduate School of Journalism, said editors aren’t the only people freelancers should know how to connect with.“I could not be a successful freelancer were it not for my friends who are also freelancers,” Jake said. “Networking is really important, but so is just having a crew of people who you can lean on, and also edit with, shoot ideas past.”

In her years as a professor, Deb Blum, now the director of the Knight Science Journalism program at MIT, drove home the importance of a good pitch. “Everyone in every single one of my classes had to learn to write a pitch letter, and in a number of cases I required them to pitch,” she said. “And in fact, their grade was dependent on them generating a professional quality pitch that I would approve that they could send out.”

Naughton sees pitching as a way to have control over his career.  “I live or die, a lot of times, on pitching stories,” he said.

3. How to determine your rate

Asking for a raise is hard enough, but when there is no standard pay scale, determining what to charge as a freelancer, and being able to negotiate, can mean the difference between paying the bills or not. While Naughton acknowledges that J-Schools may not be able to teach on this topic, he believes that the question “What are you worth?” merits conversation.

4. How to manage your “business”

Phelps and Naughton both cited the business side of freelancing as a key challenge. “When it came to filing my taxes, the first time that I actually did a significant amount of freelancing, I was like, ‘I don’t know if I’m doing this right,’” Phelps said. “I didn’t really know where to go.”

After graduating from UW-Madison’s journalism school in 2010, Phil Levin worked for TV stations as a video producer before starting his own (one-man) production company, PDL Digital. Now, he said, running the business is the trickiest part. “If I’m going to charge a certain rate for an end-product, by the time I pay taxes on it, pay other people, pay to rent equipment, pay insurance and all these other fees, I have to make sure it’s worth my time,” he said. As a working freelancer during her time as a professor, Blum brought copies of her contracts to class and discussed the documents with her students. “That was the world that I lived in, and I wished that I had learned that when I was in school,” she said. Blum’s thinking at the time: “Let me send you out a little better armed.”

Phelps, Naughton and Levin say hearing from working freelancers like Blum can be invaluable for students. At Columbia, Phelps’ teachers were working journalists, and she learned from their experience in the freelance world.

For Naughton, reviewing successful pitches from working journalists stands out as some of his most valuable grad school experience. Levin recommends that J-Schools invite local freelancers to share their experience with students. He has returned to his alma mater to discuss video production and TV reporting, and he believes these presentations can help students identify a business they want to get involved in and how to get their foot in the door. Inviting guest speakers also puts less onus on the teacher, Levin said. “If they want to have someone in the room talking about freelancing, they just call the local newspaper and say ‘Give me your favorite freelancer. I want to bring them in.’”

Journalism schools teach many valuable skills that help all working writers, editors, producers, photographers and storytellers, including freelancers. But given the proliferation of freelancing and its unique challenges, it is not enough to teach history, ethics and the components of a compelling story. “All journalists working today need to know something about the freelance business because it’s such a large part of the business,” Blum said.

And an education in freelance work doesn’t stop at graduation. When Blum attends professional journalism meetings, she and her colleagues discuss such topics as how to be a smart freelancer, what a contract looks like and what determines a successful pitch.

“We’re all working on that all the time and getting smarter at it,” she said. “And the sooner we start getting smarter, the more we thrive. And journalism schools want their students to thrive.”