Manifesto For the Future of TV News 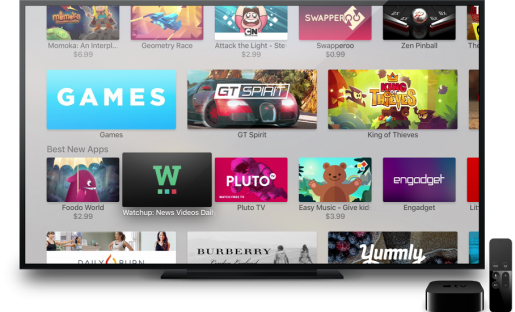 From the Moon landing to the fall of the Berlin Wall, generations of viewers have enjoyed watching the news on the good old television set. On the upside, the “Cronkite” model featured both high-value production and award-winning journalism at its best. On the downside, viewers were stuck with an experience limited by its rigid schedule and monolithic platform distribution.

"The truth is, unless a terrorist attack or some other major event happens, my valued time will be far better spent watching 3-4 minute snippets rather than listening to talking heads report incessantly on so-called 'breaking news.'"

Fast forward to the mobile era. Since the launch of the iPhone in 2008, evening newscasts have suffered slow growth (only 0.5 percent a year), while social media have taken over. Two thirds of Snapchat’s Discover partners are news producers. On Facebook, two news organizations, NowThis and AJ+, were in the top 3 of the most popular video creators last month with over a billion monthly views combined. A recent Pew report finds that 63 percent of Twitter and Facebook users have used these platforms as a source for news.

But while the “Facebook model” confirms the public’s continued interest for news content, it also presents some serious limitations. The video news experience on Facebook is broken. It’s hard to focus on what Obama said during his State of the Union speech (pardon, #SOTU) when that video is buried among my friend’s wedding pictures or the multiple “likes” earned by a close-up photo of my latest hand-made tagliatelle. Because of that narrow attention span, Facebook defines a “view” when a video has been watched for as little as 3 seconds. On YouTube a “view” is defined by a minimum watch time of 30 seconds. So can a news video be considered viewed after 3 seconds? Of course not. Unless we consider the “sophisticated” statements of some presidential candidates as “news”…

Where does the video news landscape go from there? My guess is… back to TV. Connected, over the top, and streaming, of course. We will call it the “streaming model” — a model where news watching (i) can happen on any platform and mainly via streaming devices, (ii) is free from both the dictatorship of tight schedules and live distribution, and (iii) offers a personalized, multi-channel experience so that anyone can get all the perspectives at once.

According to the Adobe Digital Index, streaming devices were the fastest-growing platform for online video, which, by itself, grew by 388 percent in 2014 alone. Data at Watchup, our news streaming service, show that in one year, the percentage of videos watched on a connected TV screen went from 15 percent to 55 percent as we launched the service on Xbox 360, Amazon’s Fire TV and Nintendo Wii U. And as Watchup launches on the new Apple TV, we anticipate that number to grow up to 80 percent by year’s end. In a nutshell, what was launched as a mobile-first news app is in the process of becoming a TV-first streaming service.

Now, what makes the streaming model more convenient than both the Cronkite and the Facebook model?

On one end, news watching on streaming devices offers way more density than traditional TV news, which still relies heavily on the live format. The truth is, unless a terrorist attack or some other major event happens, my valued time will be far better spent watching 3-4 minute snippets rather than listening to talking heads report incessantly on so-called “breaking news.”

On the other hand, the streaming model presents an opportunity for the user to better understand the issues at stake in our modern, interconnected world by going more in depth and confronting multiple points of view from a variety of channels in one app, as well as by leveraging state-of-the-art machine learning technologies.

Years ahead, we might see the launch of the new Apple TV as the tipping point in the history of video news consumption, when users can finally have both the quality journalism they need and the convenience they love. That future is starting now.