Flirting With New Readers in The Philippines: Wattpad Presents 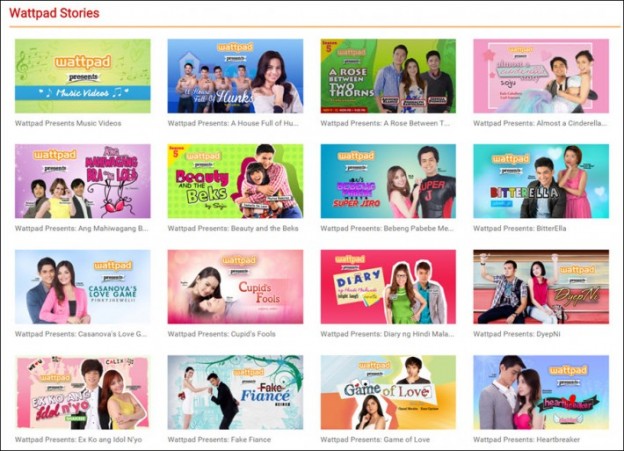 In The Philippines, Wattpad is known as much more than a huge online reading and writing community. Its arm called “Wattpad Presents” generates content for film and television productions.

"This unusual liaison between media may suggest a valuable model for more traditional publishing companies to explore in the search for new readers."

Announced in September 2014, the partnership sees TV5 Manila dramatize popular stories from the Toronto-based Wattpad site. The program is heavily geared to the romance and fan-fiction interests of the millennial demographic that seems to “get” Wattpad most easily. Young love and pink-hued comedy are the stuff of such titles as “Cupid’s Fools,” “Fake Fiancé,” “Casanova’s Love Game,” and “A Rose Between Two Thorns.”

This unusual liaison between media may suggest a valuable model for more traditional publishing companies to explore in the search for new readers. But the mechanism of Wattpad Presents requires an element of blur: there’s a blending of TV-film audiences and readers here that goes beyond simple movie tie-ins. Many of the most ardent fans of the programming on screen are also devoted readers and/or writers of Wattpad’s stories-in-process online. The partnership embraces a through-bonding effect between fans, writers, and—eventually—extending to the actors who play the stories’ good-looking characters in the shows.

The number of Wattpad users in The Philippines in 2007 stood at 80. Today, there are more than five million “Wattpadders” there.

Allen Lau’s Wattpad is doing something right in Manila.

Ashleigh Gardner, Wattpad content director, spoke with Publishing Perspectives recently as part of London Book Fair’s #Quantum16 Virtual Conference. Dubbed “Around the World in 8 Hours,” the online event gave me a chance to lead a live Twitter chat with Gardner as my guest. Our focus was on the Wattpad Presents development.

Wattpad itself, founded in 2006 by Lau and Ivan Yuen, is one of the most extraordinary success stories in the same digital-era neighborhood as Medium and Tumblr. To this day, however, it defies many traditionalists’ efforts to understand it.

One of the most articulate spokespeople working in the digital field, Gardner ticked off with her usual efficiency the latest mind-blowing metrics on Wattpad:

Wattpad is peer-to-peer reading and writing. The readers there, Gardner says, vastly outnumber the writers. The writers normally produce installments of long-running serials. The readers respond eagerly to twists and turns in the stories they’re following.

What you also see in The Philippines, however, is a sky-high level of devotion to the actors who populate Wattpad stories. They seem to be as integral to these users experience of the platform as its writers are.

#KathNiel, Gardner explained, is the most-searched term on Wattpad in The Philippines. And sure enough, more than 12 hours after we’d concluded our live Twitter chat on Wednesday, tweets and retweets still were soaring: “Thanks for greeting the #KathNiel World!”

Kathryn Bernardo and Daniel Padilla are a “Brangelina” acting couple, a “loveteam.” These two actors have starred in several films, perhaps most notably “She’s Dating the Gangster,” based on a Wattpad book by Bianca Bernardino, who writes as SGwannaB. In that blur or blend of media cultivated by the Wattpad Presents partnership, #KathNiel are Wattpad personalities to fans.

Fan-fiction authors in particular — like One Direction’s Anna Todd — have been finding Big Five favor and even bigger readerships in Wattpad’s online writing community. Wattpad Presents takes that dynamic farther in The Philippines with its own film-and-TV connection.

And all is not TV or film: Summit Media’s imprint Pop Fiction Books produces print and digital editions of popular Wattpad stories spotted by the platform’s staff.

This, in turn, feeds more interest in the film and TV projects. Here’s a TV5 commercial for Wattpad Presents entertainment:

‘Our Wattpad Writers Are Celebrities’

The kind of fandom that Wattpad can drive to television and cinema like this in The Philippines is boosting celebrity actors’ careers, sure, but it’s great for authors, too.

“In The Philippines, our Wattpad writers are celebrities,” Gardner points out. They become rock-star authors, avidly followed by readers.

And the bestselling stories on Wattpad, says Christine Ko, team publisher with Summit Media are turned into bestselling books.

Who’s leading the pack? “The most popular Wattpad writer in The Philippines,” Gardner tells me, “writes under the pen name @DiaryNiDenny” or Have You Seen This Girl. On Wattpad, she has a following of 842,000 readers.

And there’s your context.

Wattpad’s phenom status with the boyfriends-and-cute-shoes crowd in The Philippines may not look immediately transferable to the world of trade publishing, but remember those racks of paperbacks that Ko’s Pop Fiction Books has all over the country. Those are Wattpad stories. And they’re being bought by fans of #KathNiel.

For these beaming young moderns, Wattpad is a romantic bridge, a two-way channel between the actors they love and the stories they love, written by the author-peers they love. They’re voting with their wallets. Not just with their tweets.

So, Ashleigh Gardner, I asked, isn’t it possible to have a Wattpad Presents arrangement in the States?

“We’d love to see the format of Wattpad Presents expand to other territories,” Gardner told me.

Porter Anderson is Editor-in-Chief of Publishing Perspectives. Prior to that he was Associate Editor for The FutureBook, a channel at The Bookseller focused on digital publishing. Anderson has also worked with CNN International, CNN.com, CNN USA, the Village Voice, the Dallas Times Herald, and other media.