Report on Eyewitness Media Shows the Pervasiveness of Vicarious Trauma 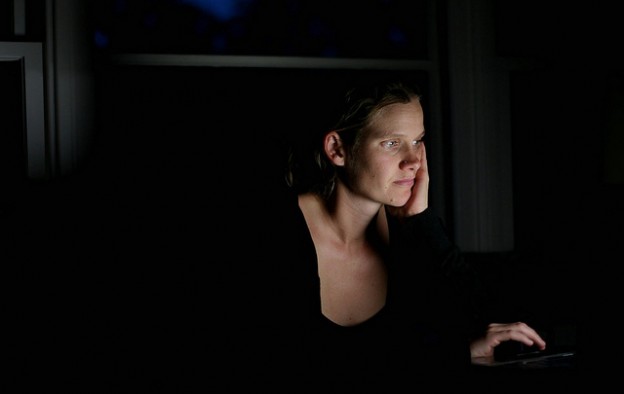 Five years ago this spring, Andy Carvin, then working for NPR, found himself in the thick of the Arab Spring as he became immersed in curating tweets, verifying footage online and corresponding with journalists and activists on the ground via social media. Within a matter of months, he said, it got to the point where viewing traumatic footage seemed perfectly normal.

“I’d be able to sit there at my desk, eating a sandwich and watching video after video without it even registering to me,” Carvin, now editor-in-chief at First Look Media’s reported.ly, told MediaShift.

That normalization, however, eventually caused Carvin to experience what he calls “strange triggers.” He would see something crushed on a sidewalk, for example, and its visual connection with the gore he saw online would make him feel like he was about to have a panic attack. At the same time, he started to feel like no one could understand his perspective anymore.

It was only when he started talking to some of his colleagues coming back from combat that he realized what was happening. “They would give me this big hug and ask me how I was doing,” Carvin said. “It was as if they realized before I did that I was experiencing something traumatic.”

Andy Carvin at an event in June 2011. Photo by Flickr user personal democracy and reused here with Creative Commons license.

The extent of the kind of trauma Carvin experienced — vicarious trauma, or the trauma that one experiences from secondhand exposure to an extreme event or circumstance that can lead to PTSD — is now the subject of a report by Eyewitness Media Hub, a U.K.-based media nonprofit tackling the various issues related to user-generated content (UGC).

While vicarious trauma and PTSD have been known issues in journalism and human rights work for some time, the evolution of the media landscape in the past few years has corresponded with fundamental changes in the landscape of vicarious trauma as well, which this report shows, said Bruce Shapiro, the executive director of the Dart Center for Journalism and Trauma at Columbia University’s Graduate School of Journalism.

Life on the Digital Frontlines

Eyewitness Media Hub’s study provides figures that certify that viewing eyewitness media, including distressing eyewitness media, is routine among journalism, human rights and humanitarian professionals. But the findings also underscore the pervasiveness of vicarious trauma among these workers. More than 37 percent of journalists and more than 44 percent of human rights and humanitarian professionals reported that viewing such media had a negative effect on their personal lives.

Yet the report also found that the more a person was exposed to traumatic footage, the less he or she was likely to bring up the issue to a manager.

“A lot of people told us in the interviews they were scared about asking for support from their managers, because they thought they would be put in the really boring jobs [if they couldn’t handle the task at hand],” Sam Dubberley, one of the principle investigators of Eyewitness Media Hub’s study, told MediaShift.

The study found that a “tough up or get out” culture is especially prevalent among human rights organizations. Whereas 60 percent of journalists reported their workplace fostered a culture in which they felt safe to ask for support from managers, only 38 percent of humanitarian professionals reported the same.

One reason for this, according to Dubberley, is that journalistic organizations tend to be on the vanguard of using technology. This means they have more experience in utilizing social media for verification, and therefore a better understanding of its impacts. Many human rights groups, in comparison, are where journalistic organizations were a few years ago when it comes to understanding user-generated content.

A “guilt feeling” among workers is also likely at play, he said.

That’s something Madeleine Bair, a program manager at the Brooklyn-based human rights organization WITNESS, can attest to.

“It can be difficult for someone like myself in a New York office to acknowledge — even to oneself — the potential psychological harm of your work when that pales in comparison to the risks faced by our partners and allies who don’t have the privilege to step away from the work, to take a vacation or to go home safely at night,” Bair wrote in an email to MediaShift.

Bair often views online footage of human rights abuses around the world as part of her work. While she knows others wouldn’t want the job, she thought she “had the wherewithal to do it,” and for two years, did not believe it was affecting her. But in the summer of 2014, the culmination of the war in Gaza, Ferguson protests and the killing of James Foley took a toll.

“It was one tragedy documented in online footage after the next, and I didn’t have the time to process what I was witnessing, and the stories, meanings, and people behind the YouTube clips,” she wrote.

Having the resources to attend to concerns of vicarious trauma is an issue, she said.

“Journalism and human rights organizations tend to be understaffed and overworked, which is never conducive to building in training and time for self-care,” Bair said, adding that “organizations should be careful not to overlook the needs of non-full-time staff members” like fellows, consultants and freelancers.

The report, which Dubberley admitted did not include feedback from freelancers, found that some of the most useful resources for coping with the trauma — access to training, managerial contact and support and peer support — were found to be least available to respondents. It also found a dearth of preparation on viewing traumatic images in journalism schools, despite many programs’ emphasis on digital training.

How schools — and accordingly, workplaces — view the work of viewing and verifying user-generated content is a factor, according to Carvin.

“There is still a huge number of newsrooms that do not appreciate the impact of handling this kind of footage,” he said. “I think it’s because it’s still a relatively new concept. There is less appreciation for its potential impact.”

Building Up the Resilience

Carvin pressed the pause button on his work at NPR himself, and for about a year, removed himself from Arab Spring coverage. At reported.ly, he encourages a culture of openness around vicarious trauma and the psychological burden that can come with viewing eyewitness footage, instituting “Mental Health Days” when needed and bringing the topic up during job interviews.

Bair, meanwhile, had received information about vicarious trauma from her employer when she started her job, including the Dart Center’s self-study unit on journalism and trauma. That helped her to identify the experiences she was having and how to talk to her manager about it.

From a Dart Center event on mindfulness training for journalists.

The good news to take away from this study, said Shapiro, the executive director of the Dart Center, is that while psychological injury is real, resilience against its effects can be cultivated.

“Resilience is not the rigid strength of an oak branch that stands there until it’s blown down,” he said. “It is actually the ability to recover quickly. It is the ability of a branch to dip under the weight of snow and bounce back.”

Getting all the different stakeholders — from managers and editors to reporters, producers and human rights professionals — to share a common language for understanding and working on these issues is key, said Shapiro. The Dart Center’s website has a range of resources available for journalists, educators and human rights professionals. And the most recent edition of the Diagnostic and Statistical Manual of Mental Disorders, the DSM-V, now acknowledges that PTSD can be brought on by work-related vicarious trauma.

For Dubberley — who plans to do more research on this issue, including how it impacts freelancers and other non-permanent staff — one hope is to elevate the understanding of how traumatic viewing disturbing footage can be before people have to face it.

“One of my goals is to treat training them as you would the correspondents going into the field,” he said. “Give your social media producers resilience training to combat the impact of looking at distressing images via social media.”