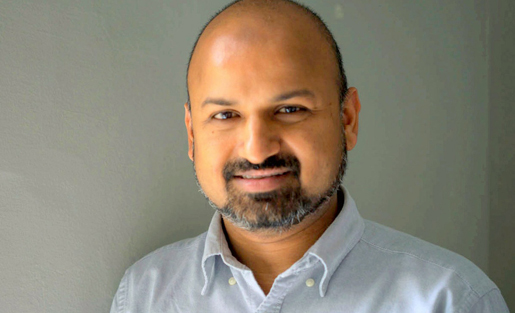 We’re starting 2016 with a bit of a change to the podcast. Now you’ll be getting more analysis from MediaShift’s very own Mark Glaser, a roundup of the week’s top news, and a chat with one special guest. And wouldn’t you know it, our guest this week is Rafat Ali, a former co-host of the Mediatwits, founder of PaidContent, and CEO of travel service site Skift.

In this week’s episode, you’ll hear Ali talk about how he decided to bootstrap Skift vs. VC funding; how a baby can be like a startup; and how social media is like being on stage. Plus, the biggest digital media stories of the week: Univision takes a 40% stake in The Onion; Al Jazeera America shutters; tech’s Frightful Five companies; and Netflix adds more subscribers than expected.

"It's the best time to be a journalist ever because of the amount of stories that are accessible, the platforms to put your work out there." -Rafat Ali

Rafat Ali is the CEO/Founder of Skift, a travel intelligence startup that offers news, data and services to professionals in the travel industry and professional travelers. Previously, he was the founder/CEO of paidContent and ContentNext, which he sold to UK’s Guardian News and Media in 2008, and left in 2010. Prior to that, he was managing editor of Silicon Alley Reporter. You can find him @rafat.