Cutting the Cord This Year? Here’s How to Save Money on Internet Service 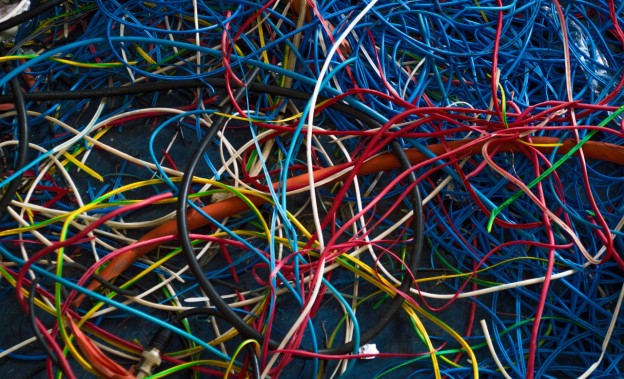 It’s official: 2015 was the year of the cord cutter. With new streaming services like Sling TV and HBO Now bursting onto the scene, and services like Amazon Prime pushing to become more legitimate cable TV replacements, cord cutters found themselves with more options than ever.

" Can you even realistically save money as a cord cutter after factoring in higher internet rates plus the cost of all those streaming services?"

But despite all the positive developments, there’s one issue that seems insurmountable to many: what to do about internet service?

Sure you can use an antenna to get local channels, but if you’re looking for a more robust experience using services like Netflix, then you have to have an internet connection. And who provides internet service? Well, the cable companies, of course.

Obviously, the cable companies don’t want you to cancel your pay-TV package because they lose money. So in the event that you do cancel, they’re going to try and make up their losses elsewhere. In other words, they’re going to raise your internet rate if you try and purchase standalone internet.

So what’s a hopeful cord cutter to do? Does it even make sense to cut the cord if the cable companies will stick it to you in the end anyway? Can you even realistically save money as a cord cutter after factoring in higher internet rates plus the cost of all those streaming services? Let’s take a look.

Start by Knowing Your Options

Some poor souls are unfortunate enough to live in an area where one internet service provider (ISP) has a monopoly. But luckily, for many of us that isn’t the case, as there are often 2 or 3 ISP options. And as you might imagine, these options give buyers power.

Keep in mind, they’re going to try to sell you a cable bundle. That’s where they make the big bucks. But don’t let them steer the conversation in that direction. Be firm with your requests. Acquire pricing information, speed of connection info, etc. Make sure to ask about contract obligations too. Will prices go up when promos expire? (Probably.)

Once you have all your research completed, you can use the information to negotiate with the ISPS. See who will give you the best price. Remember that prices aren’t always set in stone.

What About Internet Speed? How Fast of Internet Do I Need?

Remember how I said you need to ask the ISPs about connection speeds? There are a few reasons for this.

So how can you determine what internet speed you need? A general rule of thumb is 5 Mbps per simultaneous stream. In other words, if you live alone, you could probably get your fill of Netflix with as little as 5 Mbps. But if you live with your significant other and plan on Netflixing while he or she is streaming HBO Now, you’re going to need at least 10 Mbps. And so on.

According Akamai, the cloud service provider, the average American household had and internet connection speed of 11.9 Mbps at the beginning of 2015. This is plenty for two simultaneous streams and some web surfing.

For those looking for the fastest speeds, then you’re going to want to go with fiber. For example, Verizon Fios has been rated the fastest ISP time and time again by Netflix and is generally reasonably priced. However, like many fiber providers, they’re still not available in many portions of the US.

Can I Cut Out Modem Rental Fees?

Another common way people look to save on internet is by purchasing their own modem. After all, your ISP is going probably to charge you somewhere between $5-10 per month to rent a modem. So it seems like it would make sense to buy your own and save that $60-$120 per year.

Maybe. But there are a few things to consider. First, not all ISPs will allow you bring your own modem. And even if they do, you have to make sure you find one that’s compatible. This information can usually be found online (for example, like here with Comcast). If you can’t find it online, call customer service and see if you can get a list of compatible modems. Then you can hit up Amazon and find the best deal.

In the case that you can BYOM, you then need to think about how long your modem will take to pay for itself. If you’re saving ten bucks a month but paid $100 for your modem, you won’t start seeing savings until after 10 months.

The newest way cable companies are trying to make their money back off cord cutters is through data caps. Similar to what cell phone companies have been doing all along, some ISPs are capping monthly data usage and then charging customers for going over their allotted data.

Comcast in particular has received a lot of negative press for this, as they’re the first company to make a big push for enforcing data caps. Their current data cap is 300 GB per month and is being tested in a growing number of markets (but not everywhere just yet). Users who go over their data are then charged $10 per additional 50 GB used.

To put things into perspective, when you stream video in standard definition, you use 1 GB of data per hour on average.Streaming in HD will use about 3 GB per hour, and 4K can drain a whopping 6 GB per hour.

As you can probably see, as more and more people look for higher quality streaming, the data caps will come into play more often.

So what can you do about data caps? First of all, if you have the option, go with a provider that doesn’t impose these caps. But if you find yourself with no choice, I recommend you begin by filing an FCC complaint. The more formal complaints the FCC receives, the more likely something will be done about it.

As for keeping from going over your data, if you stream in SD (or even in HD if you aren’t binging) you will likely be able to stay under your cap. However, know that 4K will almost certainly result in overages.

Cutting the Cord Can Still Save You Big Money

Photo by Roman Harak on Flickr and used here with Creative Commons license.

I know the price of internet service and all those streaming services can add up quickly, but a few things to keep in mind to help:

So can you save as a cord cutter, even though the ISPs will try to raise your rates? You bet. It just takes some patience and planning. Good luck!