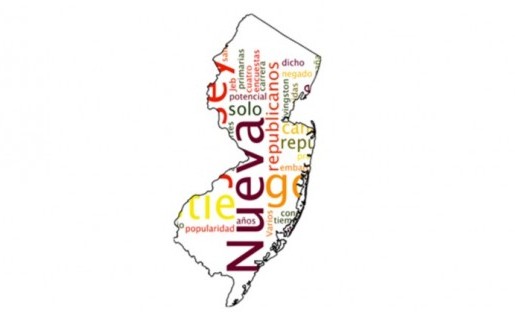 The overlap of Spanish-speaking communities with news deserts in the state of New Jersey offers a unique opportunity to bring news to these areas by upending the typical economics of hyperlocal news.

"The overlap of Spanish-speaking communities with news deserts offers a unique opportunity to bring news to these areas by upending the typical economics of hyperlocal news."

Consider this: Newark, N.J., the state’s most populous city, has 23 times less news being produced per capita within its city limits than Morristown, N.J., a town with a population 1/15 the size of Newark’s but double its per-capita income. This is called a news desert (think food deserts, but less about nutrition and more about the foundation of a functioning democracy).

The suggestion here is that low-income communities are underserved relative to communities of greater wealth. This quid pro quo is not atypical.

There is another sort of news desert found in the state. It relates to local ethnic media , especially local Spanish-language media in the case of New Jersey.

According to Pew, there were 1.6 million Latinos living in New Jersey as of 2011. More than one million of them spoke Spanish in their homes. According to the U.S. Census Bureau, nearly 40 percent of them spoke English below a proficiency level of “very well.”

The overlap brings us to the question: How can Spanish-speaking communities, nearly one-fifth of the state’s population, get better access to the sort of news necessary to participate effectively in civic life? The issues are the same — public education, infrastructure, voting rights, crime, taxes, etc. — but the language barrier prevents access to the same opportunity to be informed, let alone to influence governmental proceedings and public policy.

Lets say you call up the editor of NJ.com and offer to pay a per-story fee to take the news they publish, translate into Spanish and publish it on NoticiasDeNJ.com.

It does not require NJ.com to take on any new projects or staff. There are no intimate partnerships that need to be developed and maintained. Finally, there are no financial costs or obligations to NJ.com. NoticiasDeNJ.com is serving a different market, so the two are not direct competitors. As the news is published in Spanish, there are no SEO-related conflicts.

By syndicating content for translation and publication from NJ.com, NoticiasDeNJ.com will be able to publish news about many of the state’s regions and population centers. The same agreement can be made with other major online news publications to supplement regional news — sites like MyCentralJersey.com or NorthJersey.com.

Proof of Concept And The Future

The trick that could allow this model to meet the goal of bringing more local news to Spanish-speaking communities and inhabitants of news deserts is that it drastically reduces the cost of production. The cost of production per story is brought down to whatever a site like NJ.com would ask for the right to repost their content in another language. Tack on the cost of interpreters each translating x amount of words per day and NoticiasDeNJ.com could be delivering relevant local news at greater rates than a similarly financed English-language news outlet but with as much impact as a properly financed one.

Of course, cornering a niche market with loyal readers does not necessarily guarantee a successful local news outlet. There is also the issue of advertising.

The easiest targets for ad-buys are the ad partners already at a site like NJ.com. Advertisers could be prodded to come to NoticiasDeNJ.com by the ad sales teams at NJ.com. For every advertiser they send NoticiasDeNJ.com’s way, they’ll receive a five percent commission on the sale.

And local Latino-owned businesses could advertise on NoticiasDeNJ.com by donating to their new local, language-based news organization.

By convincing a major state news website to syndicate its content for publishing in Spanish and then building a financially sustainable community of readers in that language, you have created a financial incentive for that major news website to increase coverage of those news deserts. Take the city of Newark, for example:

The more NoticiasDeNJ.com succeeds in Newark, the more likely NJ.com is to send a reporter to cover local issues one or two more times per month, enriching the community’s news ecosystem. Soon the model would prove itself sustainable enough to take this idea one step further.

Since the cost of production of the overwhelming amount of news at NoticiasDeNJ.com is at a fraction of the cost of a traditional publication, there would not be as much pressure for high ROIs from reporters. So NoticiasDeNJ.com hires their first bilingual local reporter to cover Newark exclusively. Then they replicate the model in Union City, Paterson, Passaic, etc.

With this model, maybe 30 percent of the costs of news production are going to produce (read: translate and publish) 70 percent of the news. We have freed up 40 percent of the budget. The savings can be invested in the sort of socially conscious and civically relevant reporting that most who are concerned with the matter agree is an important public good.

As we know, public goods are deviously difficult to fund. Here is a model to do just that. I call it the Montemayor method.